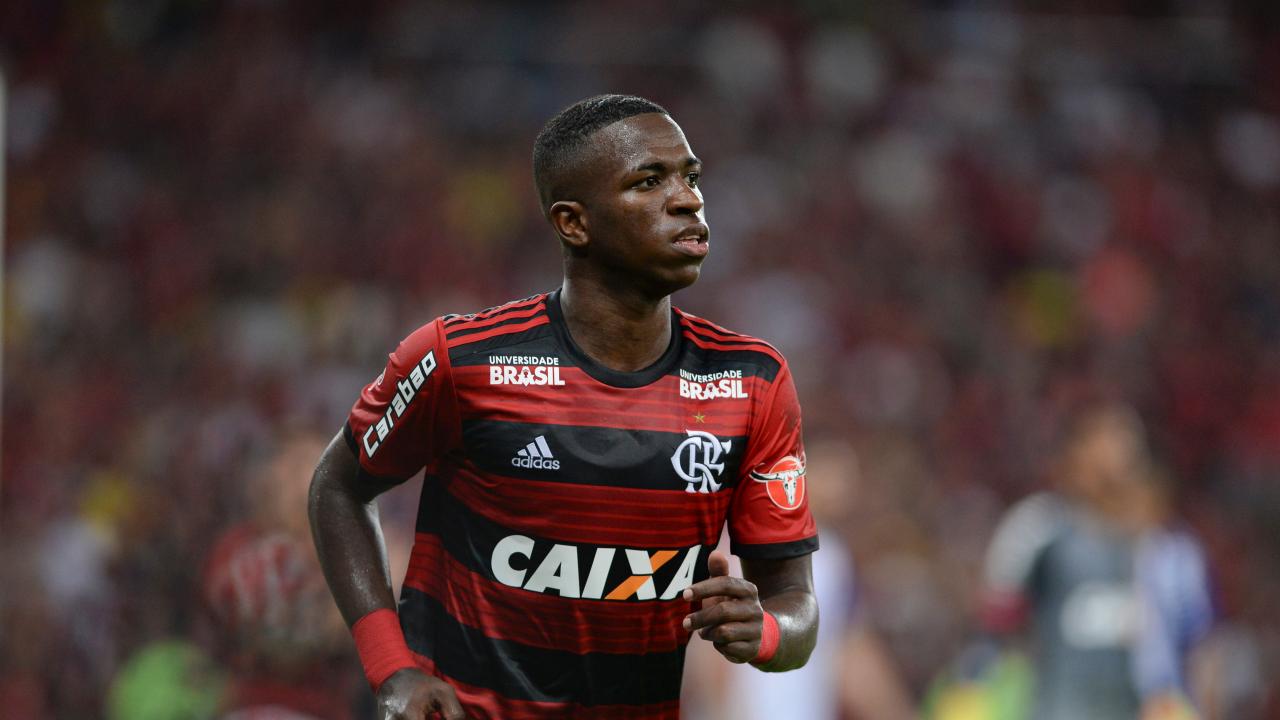 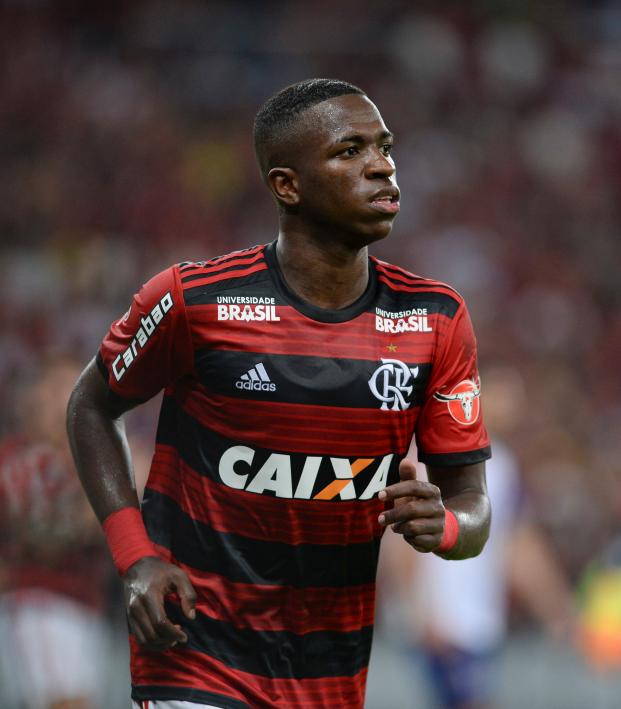 The Vinícius Júnior Real Madrid transfer was the headline of the day on Friday.

Numerous consolidated players and World Cup stars have been said to be Ronaldo’s replacement, but none of those rumors have materialized just yet.

The list features names such as Neymar and Eden Hazard, however, it was 18-year-old Brazilian Vinícius Júnior who was revealed as a Real Madrid player today.

Vinícius Júnior will be joining Los Blancos after a $53 million (€45 million) deal was agreed to with his former club Flamengo in what is a record-breaking transaction for a player under 19.

Only 19-year-old Kylian Mbappé’s Monaco-to-PSG transaction, and by a long run, surpasses that of Vinícius Júnior — PSG paid around $170 million for the World Champion to conclude the operation.

Vinícius Júnior is an attacking player who can play either as a forward or a winger. He scored seven goals in 37 appearances for Flamengo and was also named best player if of the U-17 Brazil squad that won the South American Championship in 2017.

The youngster will have to struggle to secure a spot in Julien Lopetegui’s starting lineup as other renowned reinforcements are expected to arrive in Madrid in the coming weeks.

Here is a video of some Vinícius Júnior skills, goals and assists that will get you to know him better.

Do you think he’s got what it takes to fill in Ronaldo’s shoes?