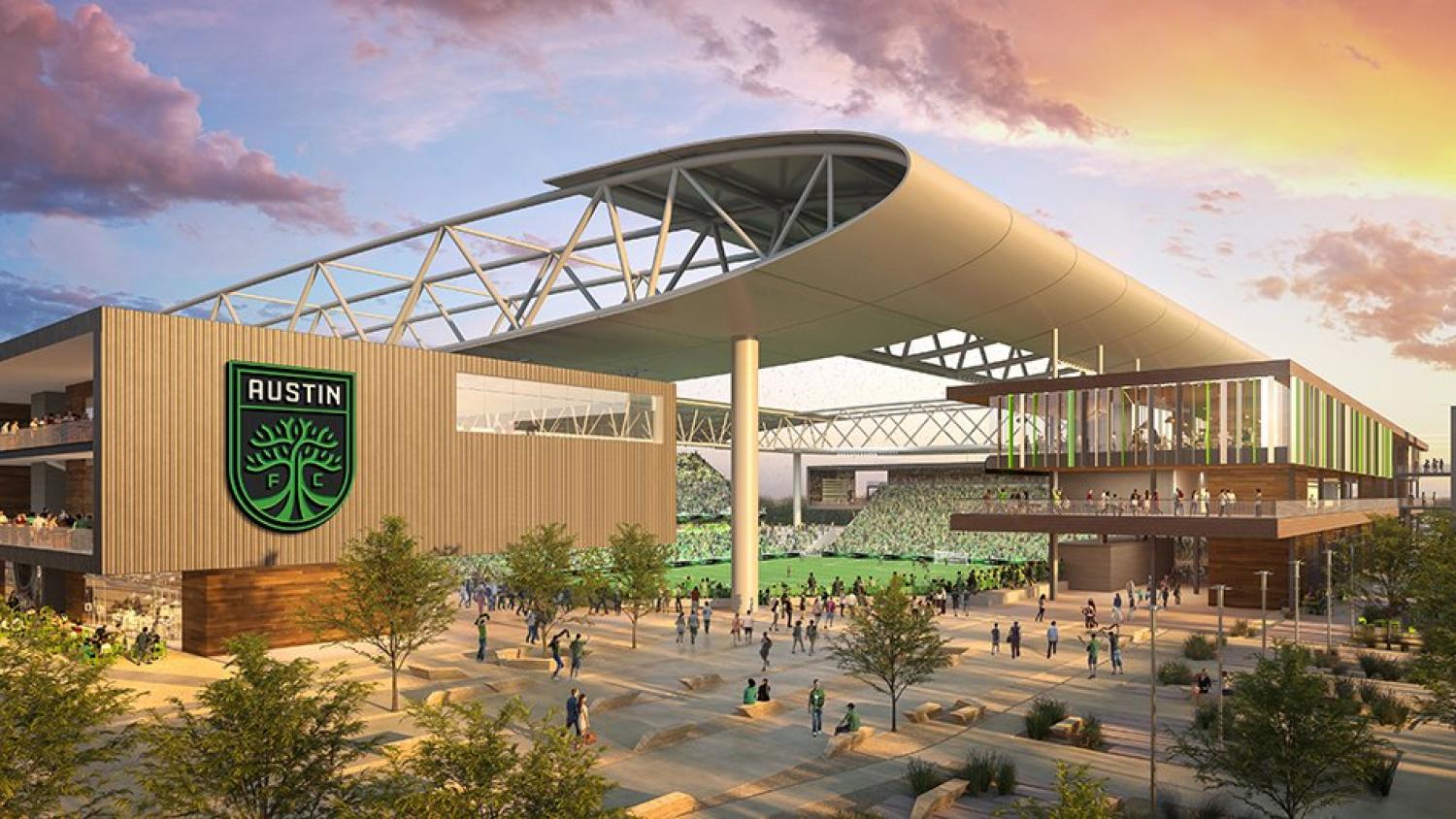 Austin didn’t get the Crew, but they’re getting an expansion team and a nice stadium, set to open in 2021.
@mls2atx | Twitter

While most of Texas was focused on national signing day for college football, another sport made big news in Austin, the largest U.S. city without a top-level professional sports team. The city of Austin and Precourt Sports Ventures announced a landmark $225 million Austin FC stadium deal on Wednesday morning.

The Austin MLS club, which was confirmed as the next expansion team after the Cleveland Browns owners saved the Crew from leaving Columbus, will break ground on a new 20,000-seat stadium in 2019, with the Austin FC stadium slated to open in spring 2021.

The deal between PSV and Austin will include a city owned 24-acre parcel of land at 10414 McKalla Place, which has been vacant for more than 25 years. The project will create not only a stadium but also a public park and open space. PSV will privately fund the construction entirely.

Last year, PSV started the process to move the Crew to Austin, but was ultimately thwarted. However, MLS rewarded Precourt's conniving with an expansion team in Austin. This upset fans in other cities trying to get an MLS expansion club without having an owner try to steal one for them, particularly San Antonio, which now has no chance of getting a team.

But MLS has high hopes for Austin, which has been a big market for soccer. Austin was one of the top five markets to watch the MLS Cup final earlier this month.

Plus, Austin is one of the largest cities in the country and the biggest without a pro sports team (unless you count the Texas Longhorns). Austin is three times larger than Cincinnati, which will join the league in 2019 (though two-thirds the size of San Antonio).

“Bringing major league sports to Austin will help bring all parts of our diverse city together, so today’s lease signing is very exciting for our community,” Austin mayor Steve Adler said in a statement. “The partnership between the team, the League and the City is a great deal for Austin. I can’t wait for us to celebrate our first MLS championship.”

The new Austin FC stadium will be open air with natural grass and will also serve as a multi-purpose event venue. The 20-year deal, which the city initially agreed to execute a negotiation for in August, includes a number of benefits for Austin, including $550,000 in annual rent payments, no increase in taxes and no risk to the city itself.

So while Precourt won’t have to pay another expansion fee, he (through PSV) will be footing the entire cost of the stadium.

Austin FC does not yet have an official start date in MLS, but it is expected to be in 2021 to coincide with the new stadium. The club would become the 27th MLS club after FC Cincinnati begins in 2019 and Inter Miami and Nashville join in 2020.

12-18-2018 Another date to remember for @fccincinnati with the @WestEndStadium ground breaking.

Nice picture of some of those who work so hard behind the scenes to help the growth of the club #fccincinnati #fccincy #igniteunite #mls pic.twitter.com/aIuu7WXTQZ

Also on Tuesday, county commissioners approved a $645 million plan for a new stadium for the Columbus Crew.

Now if we can just get all the current teams to actually fill their stadiums week in and week out. Or at least for the playoffs.