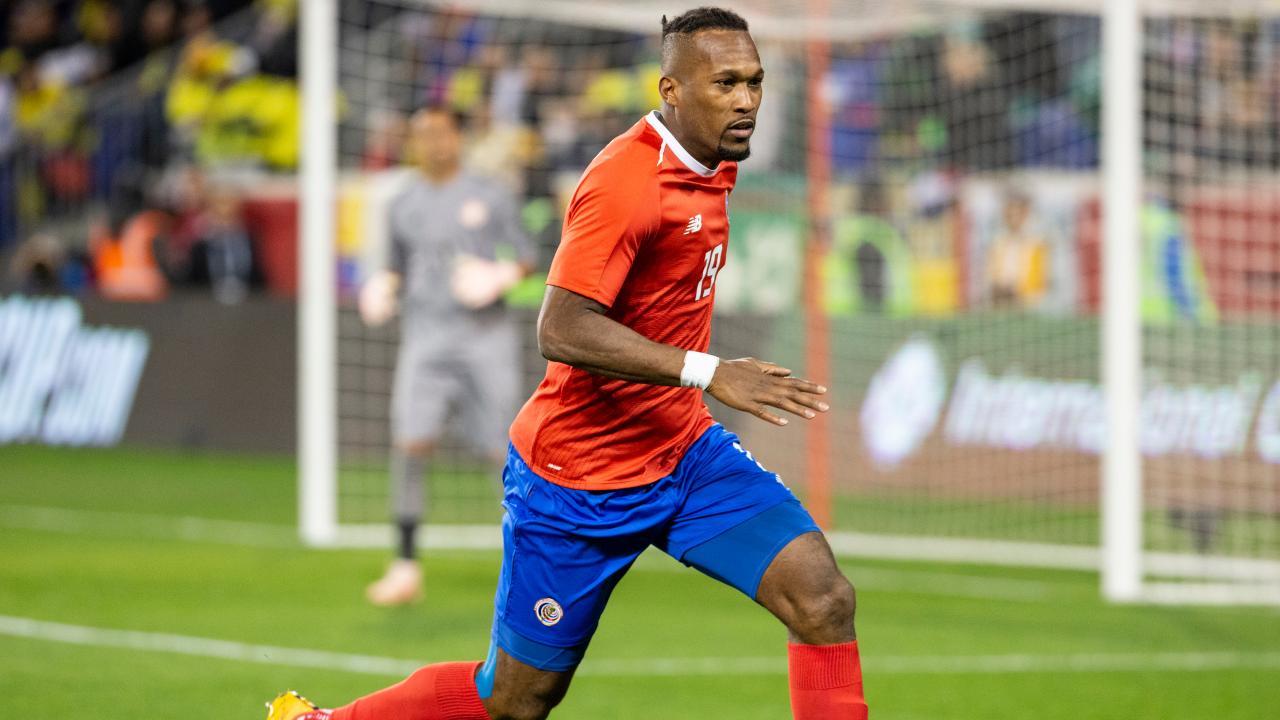 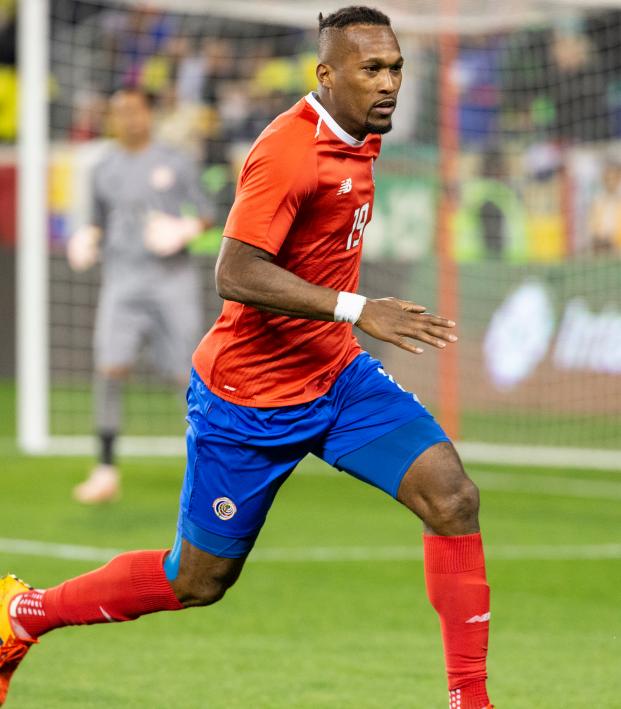 Travis Yoesting December 13, 2018
The next MLS expansion team has been hard at work preparing for its first season.

FC Cincinnati will make its Major League Soccer debut in 2019. While reasonably successful in the United Soccer League the last three years, MLS will present a far greater challenge for the Orange and Blue. Fortunately for fans in the 66th largest city in the U.S., a number of recent FC Cincinnati signings this week have the club trending in the right direction.

In three years in the USL, Cincinnati finished third, 12th and first overall during the regular season (a better measure of ability than postseason success). In 2018, the club cruised to the regular-season crown thanks to an impressive 23-match unbeaten run to close the season.

Cincinnati has done this while breaking USL attendance records left and right. In 2018, the club averaged 31,478 fans at Nippert Stadium, which would have ranked No. 3 in MLS behind only Atlanta United and Seattle.

But MLS is a different animal entirely in terms of competition. While there will be wins to be had — the club has shown it can compete with victories over the Crew and Fire in the U.S. Open Cup in recent years — to truly compete for a playoff spot (the new standard after Atlanta and LAFC’s strong starts) FC Cincinnati will have to greatly improve its roster from the USL squad of the last three seasons.

As an expansion club, MLS affords Cincinnati with a number of avenues to add quality, not the least of which is an increased spending capability, which was already flexed to grab Fanendo Adi from Portland as a designated player in July. The Orange and Blue also have free agency/trades, the expansion draft, MLS re-entry draft and the MLS SuperDraft. The latter two are still to take place (Dec. 14 and Jan. 11, respectively), but a couple FC Cincinnati signings have already caught the eye.

Here are five new FC Cincinnati signings who could help the club excel in its first season in MLS.

5 Best FC Cincinnati Signings Of The Offseason So Far

Defending, as Bobby Warshaw pointed out recently for MLSsoccer.com, is the most important path to success in MLS, as 31 of the 36 playoff spots in the last three years have gone to the teams with the fewest goals conceded.

With that in mind, Kendall Waston may be one of the best signings for any club in MLS this offseason. Waston was acquired from Vancouver for $450,000 in General Allocation Money and $300,000 in Targeted Allocation Money, using the international roster spot Cincinnati got from Colorado in exchange for Kei Kamara, the No. 2 pick in the expansion draft.

Waston is a two-time MLS Best XI selection and massively experienced. The 30-year-old made more than 100 appearances with Vancouver after starting his career in his native Costa Rica. He’s a regular with Los Ticos, scoring the goal that sent the country to the 2018 World Cup (and not the U.S.), where he scored against Switzerland.

73 - Kendall Waston won 73% of his aerial duels last season, tied for the fourth best rate among #MLS players that were involved in at least 75 aerials. Tower. pic.twitter.com/NtR8Rj7Q6u

“Kendall has been one of the best players in MLS since he arrived in this league,” FC Cincinnati head coach Alan Koch said. “He will be a cornerstone of our club and we couldn’t be happier to have him join our group for our first MLS season.”

Without a doubt, Waston is a massive pickup for Cincinnati.

Days after Greg Garza lifted the MLS Cup with Atlanta United, he was shipped off to Cincinnati in exchange for $200,000 in GAM and $250,000 in TAM.

The 27-year-old left back is a Texas native who spent part of his youth career in Portugal with Sporting Lisbon. He played for Tijuana and Atlas in Mexico before returning stateside with Atlanta, where he has been vital to the club's success.

The 2017 MLS All-Star has made 10 appearances with the USMNT, making him the first such player in FC Cincinnati history. Alongside Waston, he’ll help shore up the defense and provide an attacking threat, having scored three times and supplied eight assists over two seasons in Atlanta.

Even the best defenses need a goalkeeper to truly be complete, and Tytoń is the type of guy who could be the final puzzle piece on defense.

The 31-year-old has played in some of the best leagues in the world, including LaLiga, Bundesliga and the Eredivisie. He’s also made 14 appearances with the Polish national team, no small feat considering players like Juventus’ Wojciech Szczęsny and West Ham’s Łukasz Fabiański (both former Arsenal keepers) are regulars between the posts.

Tytoń brings experience and ability to a team that will definitely be in need of both this season.

While not the flashiest signing on this list, Ulloa could prove vital in the engine room for FC Cincinnati.

Born in Mexico but an FC Dallas homegrown player after growing up in nearby Wylie, Texas, Ulloa already has 144 MLS appearances at the age of 26.

“Victor brings significant MLS experience to our group,” Koch said. “We believe he can help stabilize our midfield and is another important piece of the puzzle as we continue to solidify our roster ahead of next season.”

Joining the club for $150,000 in GAM (with a potential of $100,000 addition in GAM based on performance), Ulloa could be just the type of economical signing an expansion club like Cincinnati needs to excel in Year 1.

A little taste of what @DarrenMattocks and Roland Lamah can bring to the @fccincinnati attack.   pic.twitter.com/xZuFLPUV3p

No stranger to Ohio (he played college ball at Akron), Mattocks is an experienced striker in MLS, having racked up 161 appearances in seven years in the league. Mattocks, 28, had a career year in 2018, scoring 10 goals for D.C. United, despite losing playing time to Wayne Rooney. He’s added 17 goals in 42 appearances with the Jamaican national team.

Lamah, 30, will team up with Ulloa again after making 61 appearances with FC Dallas, scoring 16 times and adding nine assists. The Ivory Coast winger has played around the world, including Spain, England and Belgium, racking up 67 goals and 55 assists in the process.

Together, Mattocks and Lamah will need to be productive enough alongside Adi to help FC Cincinnati reach the postseason.

While none of these aforementioned FC Cincinnati signings (including Adi, who was added over the summer) are particularly earth shattering like bringing in a Zlatan or Messi, they’re the type of moves that could help FC Cincinnati compete for a playoff spot in its first season.

In addition, Cincinnati bolstered its roster with Eric Alexander and Hassan Ndam in the expansion draft. The re-entry draft on Friday, Dec. 14, presents another opportunity to add talent, though the club is last in the draft order. Alexander is a veteran midfielder who most recently played with the Houston Dynamo while Ndam is an up-and-coming 20-year-old defender from New York Red Bulls, who Cincinnati knows well from his time playing with Red Bulls II in the USL.

FC Cincinnati is also off to a strong start in the eSports world, as its pro gamer Gordon “Fiddle” Thornsberry recently turned in a top-eight performance at the PGL eSport FIFA 19 Cup in Romania.

A final notable offseason signing for FC Cincinnati came in the form of a sponsorship, one that Cincinnatians will particularly enjoy. The club recently announced Skyline Chili as an official partner — perhaps the best of all the FC Cincinnati signings.

Your hometown Chili. Your hometown team. Together in the major league. We’re proud to announce ourselves as the official chili of @fccincinnati! pic.twitter.com/pgFE4zDHpZ

Now Cincinnatians can put chili on their spaghetti like the heathens they are knowing they’re also supporting their favorite MLS club.