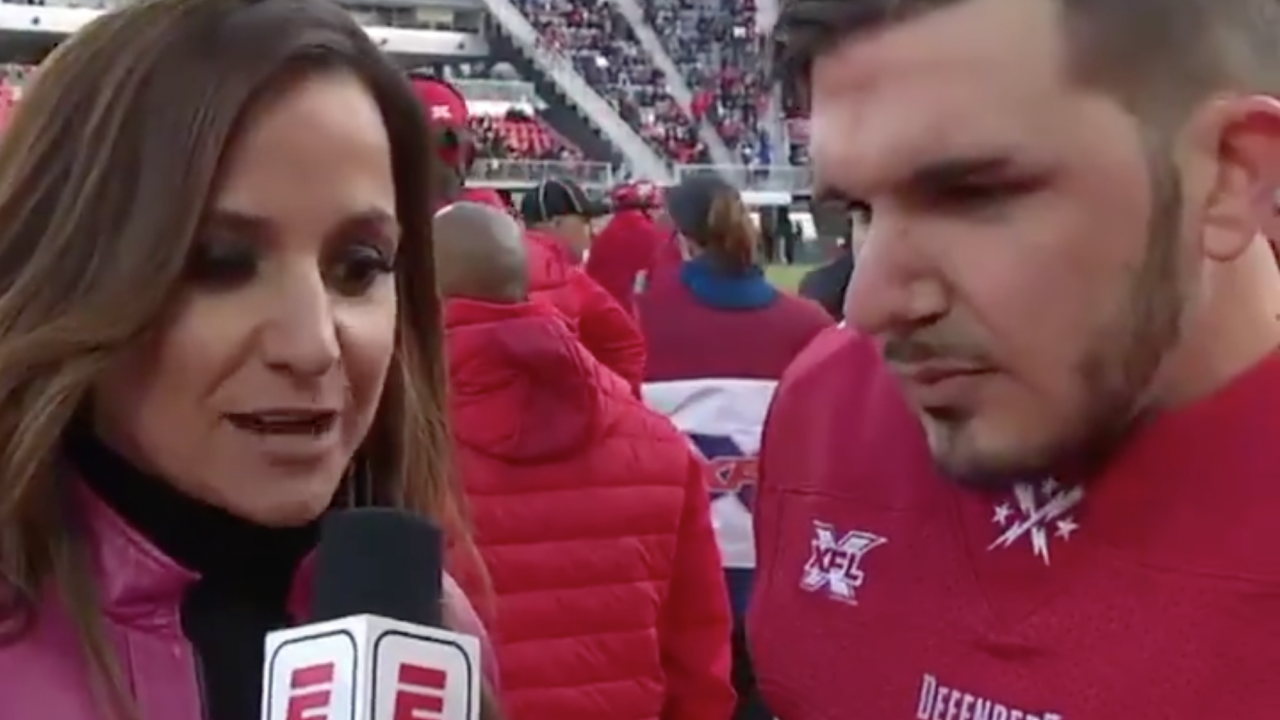 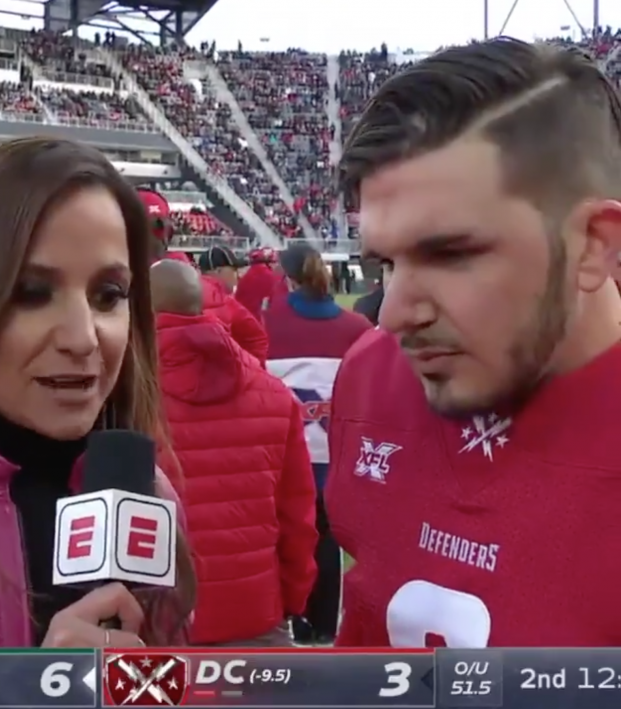 XFL Is On To Something With Its Treatment Of Kickers

The life of a kicker in the NFL is rough. Apparently, it’s even worse for XFL kickers.

Admittedly, we’re not paying much attention to the latest iteration of the XFL. More American football? Really? We’ll tune in for Gerard Pique’s girlfriend during the Super Bowl halftime show, but when it’s the D.C. Defenders and Seattle Dragons? Hard pass.

But one facet of the XFL caught our eyes on Saturday and immediately struck us as something we’d love to see in coverage of real football.

After the Dragons’ Ty Rausa missed a field-goal attempt, the TV coverage immediately jumped to a sideline reporter who was interviewing the kicker about what went wrong.

The Defenders missed a field goal that would have tied the game.

Right after it happened, kicker Ty Rausa had a sideline interview with @diannaESPN  pic.twitter.com/hpLr0FpzgM

Just turned on the XFL.
Kicker missed a field goal and they immediately interviewed him on the sideline asking what happened haha.
That’s tough.

And yet it was also so wonderful from a media perspective.

Imagine this being utilized in soccer coverage. Cristiano Ronaldo hits a penalty kick off the upright and the next thing he knows he’s explaining himself to a sideline reporter. Or David de Gea makes a boneheaded play costing his team a goal and while the other team is celebrating, he’s forced to discuss his failures on camera.

Imagine the real-time agony we could have seen from players over the years using this.

What was going through Steven Gerrard’s mind after his slip against Chelsea?

How did Loris Karius feel as he was throwing away the 2018 Champions League final?

How did Djibril Sidibé forget his second sock on Saturday?

This will, sadly, never happen in soccer. Unlike American football, which has plenty of stops and starts and more than half the team sitting on the bench at any given time, soccer is a free-flowing game with few pauses for sideline interviews.

Then again, with the amount of time the VARs are taking to review calls, perhaps that’s our way in.

As for the XFL, we have no clue who won that Dragons-Defenders game, nor do we care. We just wish American corporations would put as much money into women’s sports as is wasted on the XFL.

Defenders with half the attendance of the Spirit in the same building despite probably 10x the marketing budget https://t.co/LDVCTy2zNW

Meanwhile, XFL players are getting paid, on average, better than just about every NWSL player. The max salary of non-USWNT NWSL players is $50,000, while ESPN reported the average non-quarterback XFL player will make $55,000, with QB salaries approaching half a million.

Maybe people actually care about the XFL and I’m wrong on this, but it seems a little insulting that ESPN declined to buy NWSL TV rights for the upcoming season and ignored the USWNT’s Olympic qualifying tournament TV rights but is going all-in on the XFL, showing a game on broadcast ABC on Saturday afternoon.