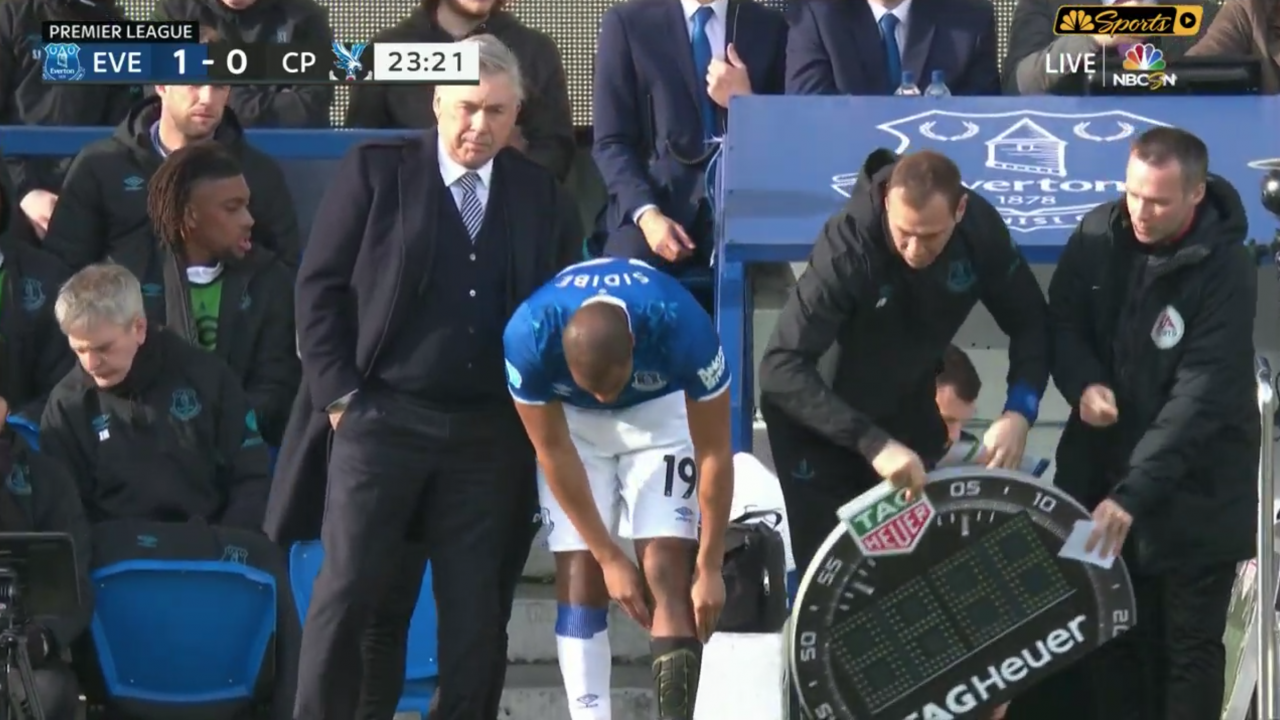 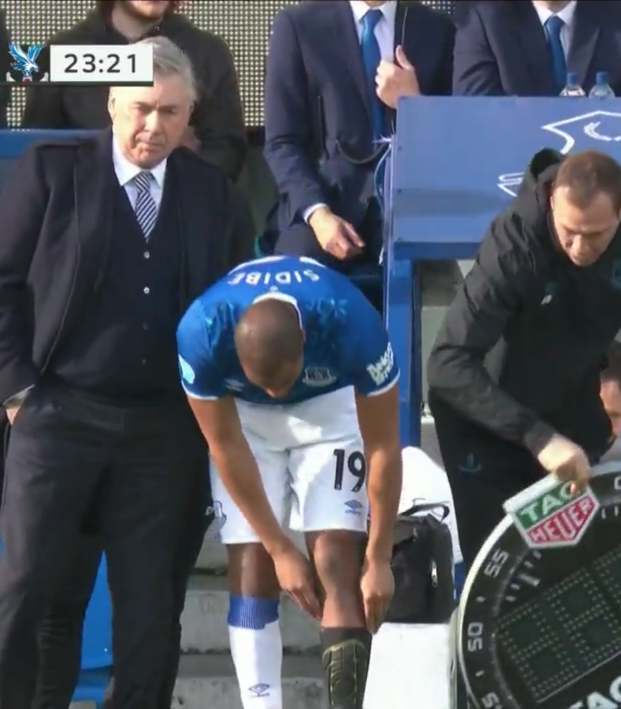 Sidibé left Everton playing Crystal Palace with 10 men for a couple minutes after he failed to realize he only had one sock on as he prepared to enter the match for the injured Theo Walcott. Sidibé only realized his mistake when he bent over to pull up his sock that wasn’t there. He immediately went back to the locker room to put on a second sock.

The French fullback was attempting to enter the match in the 24th minute after Walcott appeared to injure his knee. Instead he didn’t get into the game until the 26th minute, leaving Everton shorthanded for a time. 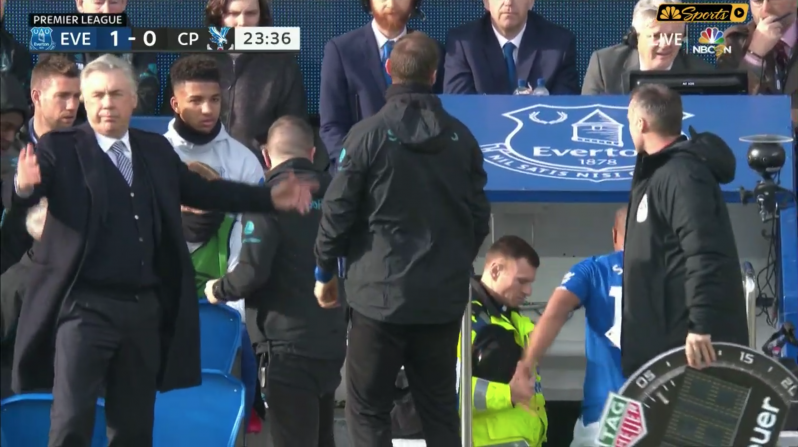 Sidibé has made about 300 appearances in his career and the English commentators didn’t let him off the hook, saying “you’d expect that for all this time he’d have realized that he needs two socks.”

But we should maybe give Sidibé a break. Most professional footballers these days only wear their clubs’ uniform socks for aesthetics, instead wearing TruSox where it counts.

Despite the snafu, Everton won 3-1 and nearly scored while down to 10 men. Ancelotti, a former AC Milan and Real Madrid coach, was able to laugh about it after the match.

“It was a new experience for me,” Ancelotti said. “He forgot the sock and I don’t know, … it can happen. We were playing with 10 men. Sometimes when you play with 10 men you can play better, but sometimes you can suffer. Fortunately, nothing happened.”

Before going off injured, Walcott had an assist on Everton’s opening goal, as the Toffees briefly turned into 2011 Barcelona.

What a well worked goal from Everton!  pic.twitter.com/rgDxu6tuLe

The win lifted Everton above Manchester United and Wolves into seventh place, albeit with a game in hand.

One of the best parts of the above Sidibe sock clip is Tom Davies and Mason Holgate playing rock-paper-scissors in the background. Unfortunately, the view was obscured so we couldn’t tell who won. Considering both got into the match in the second half, we’ll assume it was a draw.