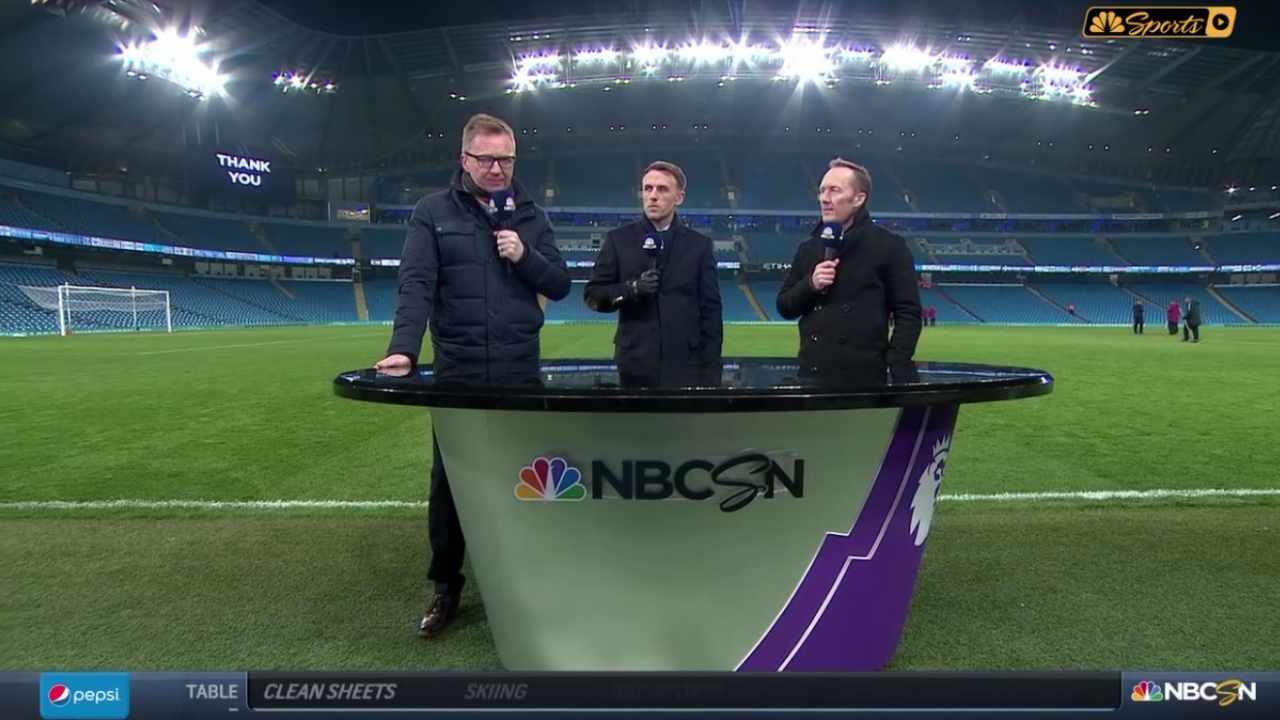 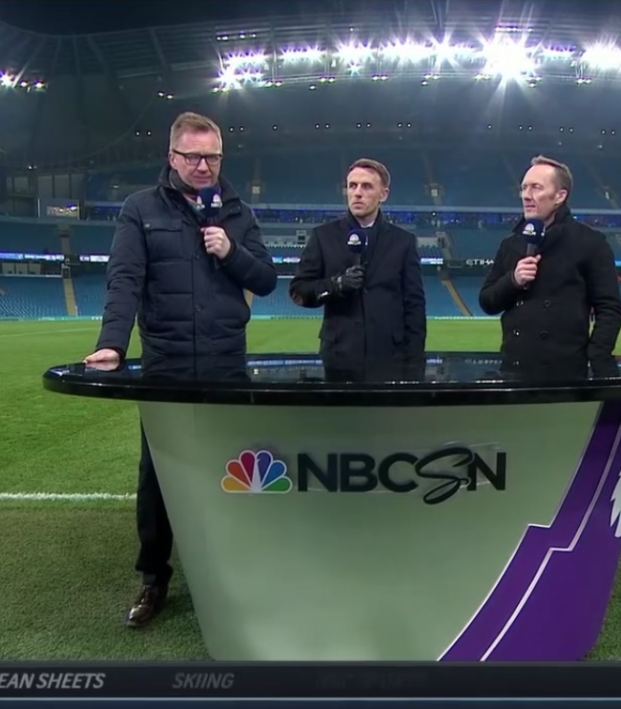 NBCSN Once Again Shows That It Gets It When Broadcasting Soccer In The U.S.

She said it, and viewers felt it, because NBCSN gets it.

“Best game of the season by a country mile,” Rebecca Lowe said as the NBCSN coverage of Manchester City’s 2-1 victory over Liverpool moved from the announcers in the booth at the Etihad back to the studio analysts stateside.

Man City’s thrilling win on Thursday was one of those classic high-intensity Premier League matches that illustrate what (in part) makes the EPL the most entertaining league in the world. It had it all: magnificent skill, absurd sequences, gesticulating coaches, refereeing controversy and thrilling goals.

But part of what made the entire spectacle so great for the viewer was the TV coverage of NBCSN (in the U.S.).

In 2018, American soccer fans were subjected to some of the worst media moments in the history of the sport in the U.S. Fox used a cut-rate crew to cover the World Cup, most of which didn’t even make it to Russia. Bleacher Report/TNT have made the Champions League a nightmare to watch. ESPN has continually disrespected Serie A fans. And USWNT matches were marred by frustrating problems.

But one broadcaster that’s doing its best is NBCSN (with the significant exception NBC Sports Gold).

Thursday’s match was yet another example of the broadcaster understanding how to give American soccer viewers the product they desire. From pregame to postgame, NBCSN’s coverage of the Man City-Liverpool match was everything you could want.

Starting with a full hour of live pregame coverage, NBCSN helped viewers understand the gravity of the game without beating them over the head with it. In the moments just before the match, instead of cutting to commercial as NBCSN usually does, the broadcast showed half a screen of advertisements and half a screen of the prematch scenes at the Etihad. 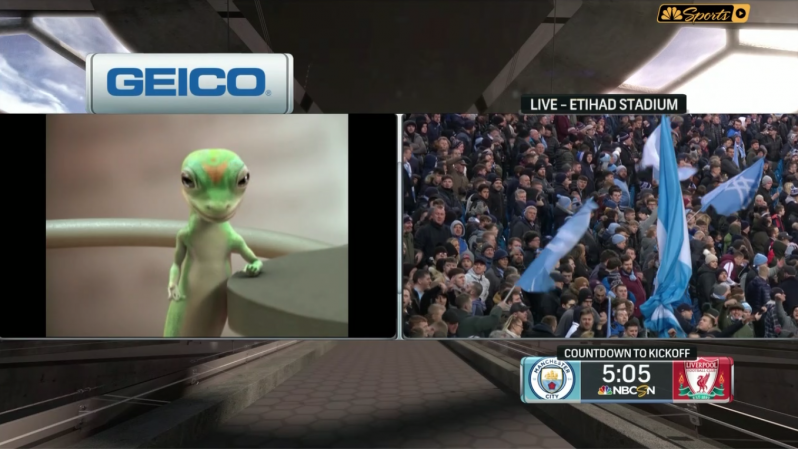 The Geico gecko was hyped for Man City-Liverpool. Screenshot: NBCSN.

Before the game, the broadcast provided a smart, meaningful preview of the match, pulling analysis from the studio in the U.S. and on-pitch personalities in Manchester, including Phil Neville, added just for this game. Unlike Fox, NBCSN isn’t afraid to dissect tactics. Unlike TNT, it’s announcers are capable of nuanced discussions.

Whether it was Arlo White and Lee Dixon on site or Lowe, Kyle Martino and Robbie Mustoe back in the studio, none of NBCSN’s announcers dumbed down the coverage like many American broadcasters often do, both before and after the match.

And having broadcasters on site allowed them to hold their own interviews afterword, a welcome reprieve from the mind-numbing one-on-one interviews given by pool reporters after every Premier League match. (Seriously, the questions those reporters ask make me want to bash my head into the screen.) 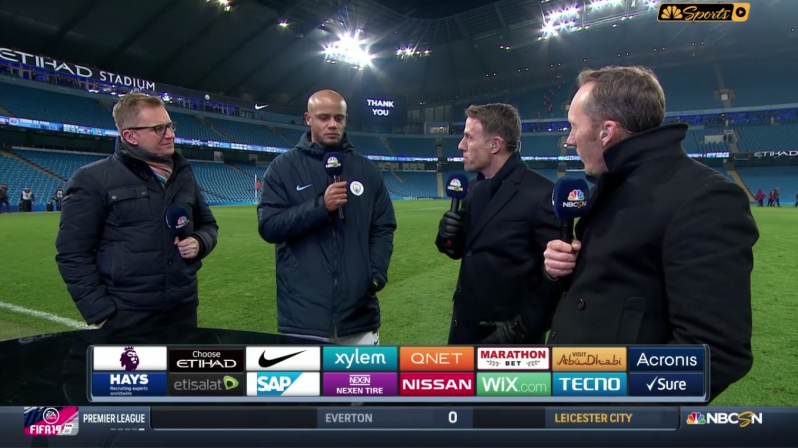 It was also nice to have broadcasters actually in the stadium during the match, unlike how Fox and TNT typically cover matches. This allowed White to comment on a chance for Sadio Mané while replays were still showing that wild goal-line clearance in the first half.

While the announcers didn’t get everything right — they never do — they were far superior to the stock announcers on B/R Live or the Fox announcers stuck in a studio in LA calling a match from halfway around the world. Or worse, Steve Nash.