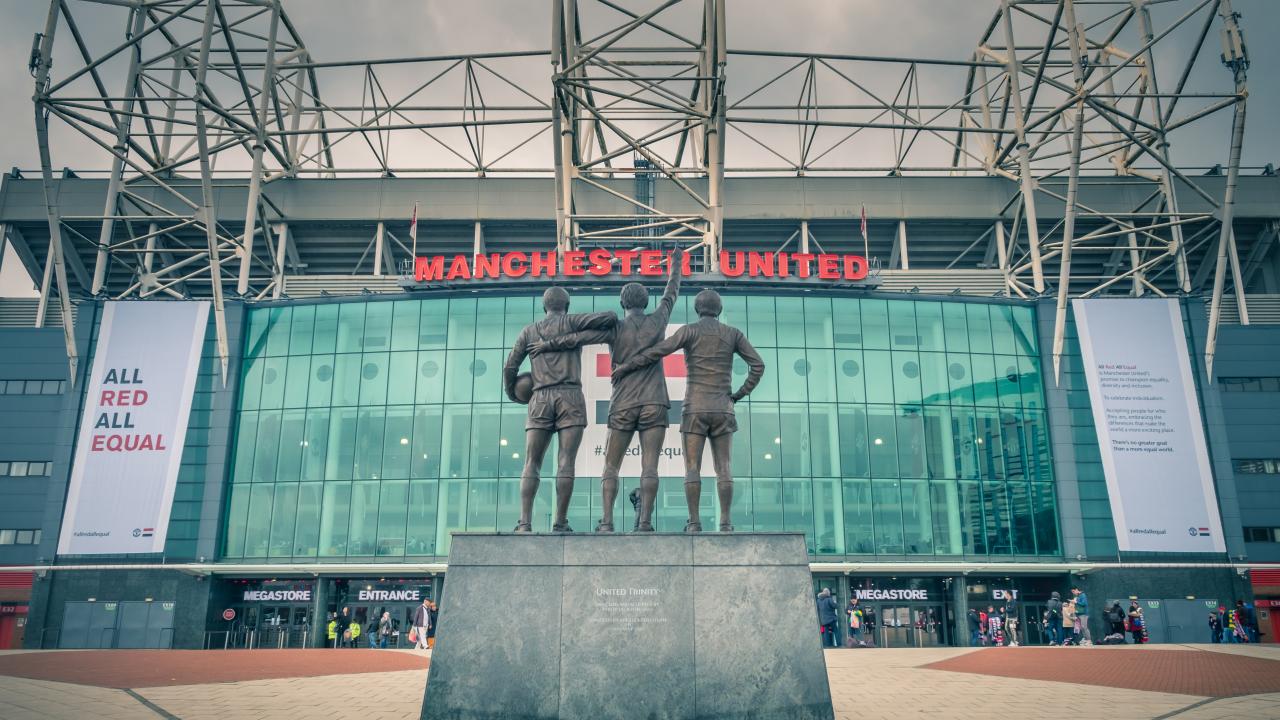 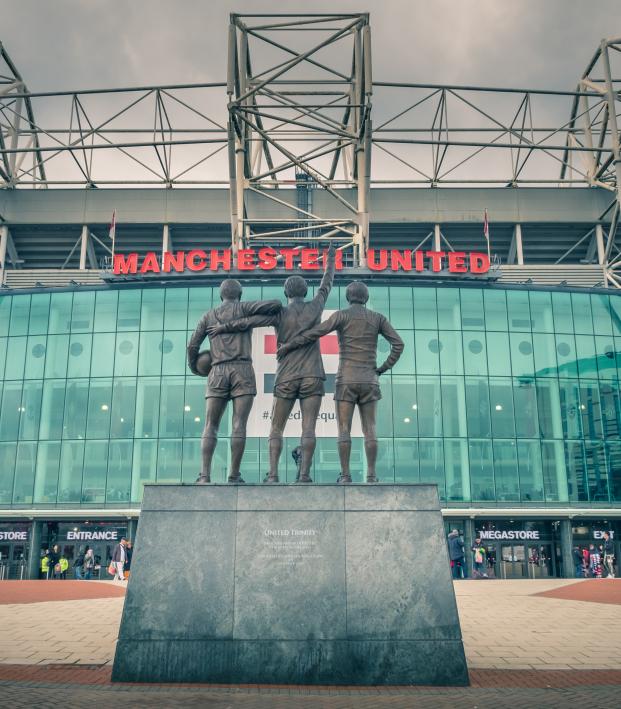 Travis Yoesting January 3, 2019
Can you guess which club is the only one to receive no outside funding?

They say money can’t buy you happiness, but it can buy you the existential dread of being a football fan, if these English Premier League cash figures are any indication.

It’s not hard to figure out that the Premier League is the best in the world at generating and spending money. And while it’s also not hard to argue that other leagues or teams are better on the pitch, when it comes to finances, there’s only one king.

From the marketing juggernaut that is Manchester United to the owner-backed powerhouses that are Chelsea and Man City, the Premier League has enough money to make even Scrooge McDuck blush.

We all love to gawk at the insane amount of cash spent on the entertainment of soccer, so we were pleasantly surprised to find a bloke with a Twitter account by the name of @SwissRamble, who dug in deep on Premier League money numbers. On Thursday, he shared his findings, and now we’re sharing them with you.

The Swiss Ramble, a self-described Brit blogging from Switzerland (though his last blog post was nearly two years ago) dissected the cash-flow statements of 20 Premier League clubs from 2008-2017 and created a number of illustrative and enlightening graphs and charts to show how these clubs have earned and spent their money. To be clear though, these numbers haven’t been independently verified.

There were some caveats. One club, Middlesbrough, had no cash-flow statements available and thus does not have any information on it, and not all clubs had full records available over the time period. Additionally, some of the included clubs spent time in the lower divisions and thus their numbers are skewed accordingly. Finally, some interpretation was required as not all records were homogenous. Sadly, Newcastle was not included on this list, as a look into the Magpies’ finances would have been fascinating.

In the 10 years between 2008 and 2017 Premier League clubs had over £8 bln of available cash with more than half (£4.3 bln) generated from their own operating activities and a further £3.4 bln from their owners (loans £1.8 bln and shares £1.6 bln) plus £0.3 bln external loans. pic.twitter.com/tB8ZjcBBom

This chart shows the source of funds for each of the Premier League clubs. You can see the two Manchester clubs dominate in terms of total funds, but go about it in completely opposite manners. Arsenal, meanwhile, is the only club that has not received any outside funding, with every pound spent coming from operational revenue (ticket sales, merchandise, etc.).

As the next graph shows, across the league 54 percent of funds come from operating activities while 42 percent comes from owner financing, with the remainder spread out among external loans, interest and property sales.

54% of cash came from operations (revenue less expenses +/- movements in working capital) with another 42% from owner financing and 3% from external loans. There was no need for any of the PL clubs to generate cash via (net) player sales or indeed dip into existing cash balances. pic.twitter.com/85O5Onyb8F

The next two charts show the disparity in how clubs go about getting their money. While Manchester United, Arsenal and Tottenham are largely self-financed, Manchester City and Chelsea are the complete opposite. Only Liverpool among the Top Six has a balanced source of funds, for better or worse.

So three of the Big Six clubs have been largely financed by cash generated from operations: #AFC 100%, #THFC 81% and #MUFC 80%. In contrast, others have been much more reliant on owner financing: #MCFC 90% and #CFC 86%. #LFC is more balanced: operations 53%, owners 40%. pic.twitter.com/IIAH8MbtKX

Making money is nice, but it’s the spending of money that’s the fun part. So how do Premier League clubs spend their money? Not surprisingly, most of it (about 46 percent) is spent on player purchases.

The next two highest expenditures are on loan and interest payments (22 percent) and capital expenditure (stadium and training ground upgrades, mostly), which accounts for 19 percent of spending.

In addition, an incredible £785m has simply been used to increase cash balances. Smaller sums have been spent on dividends £92m, tax £87m and acquisitions & investments £51m, though these amount to less than 3% of total expenditure. pic.twitter.com/wvElFUjjsw

Again, it’s no surprise that the Top Six clubs are the ones who spend the most money, though it is illuminating to look at how each club has used its funds.

The largest element of expenditure for most Premier League clubs has been investment in the playing squad, though there are some notable exceptions, e.g. #MUFC and #AFC have spent more on loan and interest payments, while #THFC have invested more in infrastructure. pic.twitter.com/PAogPonLdA

With its massive owner investment, Manchester City leads the way in player spending by far, with Manchester United a decent ways off and everyone else struggling to keep up. It’s interesting to note Sunderland, which is now in League One, spent the seventh most on players among the clubs on this list, nearly twice as much as Tottenham, which currently sits in second in the Premier League.

Spurs have the most capital expenditure of any club as they have built a new stadium that may one day actually open up to the public.

On the other hand, #THFC have invested nearly £0.5 bln in their new stadium and training ground, much more than #MCFC £333m, #LFC £209m, #AFC £104m, #CFC £103m and #MUFC£98m. Other Premier League clubs have spent relatively little on infrastructure. pic.twitter.com/odFU3zzKzY

Meanwhile, although Manchester United has made the most money, it’s also given the most money back to ownership and paying off loan debt.

In addition, #MUFC paid £53m dividends (plus an additional £22m in 2018), while #WBA paid £27m to their parent company in 2016. The only other Premier League clubs to pay dividends in this period were #THFC £7m and Swansea City £4m. pic.twitter.com/OMc5wRfxME

Finally, North London clubs Arsenal and Tottenham are the teams most beneficial to the state as they account for almost all of the tax revenue paid by Premier League clubs, most of which don’t pay any taxes, because the wealthiest of people and companies never have to pay taxes, unless you are locked in an eternal battle between rivals to see who can finish second in the Prem the most.

Very few Premier League clubs paid tax, but the Inland Revenue should be happiest with North London, as the largest payments were from #AFC £30m and #THFC £24, followed by #MUFC £14m and #WBA £11m. pic.twitter.com/D8QvPjKKca

Thanks again to The Swiss Ramble for this in-depth look on how Premier League clubs make money — and how they spend it. Again, we haven't verified these numbers, but at the very least they're an entertaining look into the finances of Premier League clubs.