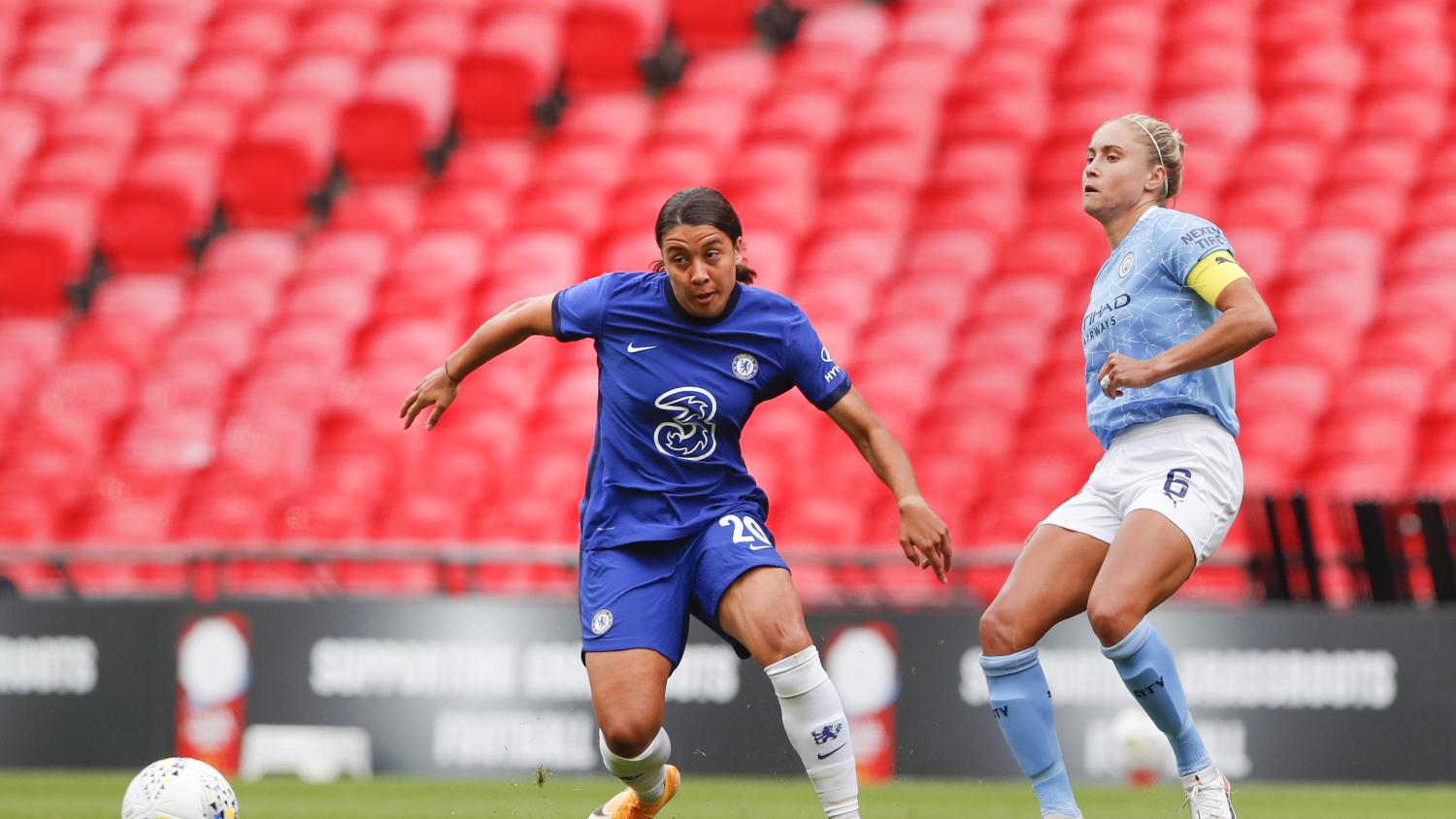 I’ll admit, I quite enjoyed watched the end of this season’s UEFA Women’s Champions League thanks to CBS All Access making them easy to view (if not a bit expensive given the monthly fee). I’m sure I wasn’t the only one, as NWSL fans may have kept their All Access subs for the Champions League. And now I’m sure many Americans are wondering how to watch WSL in the U.S. for the 2020-21 season.

Fortunately, for the first time, we can say we have an easy answer for Americans on how to watch the FA Women’s Super League, which kicks off Saturday, Sept. 5. Unfortunately, it’s not quite what NBC wants you to think it’s providing.

NBC Sports and Atalanta Media are teaming up to bring FA WSL matches to America for the first time, with the league making its U.S. television debut on Sunday for a season-opener between Manchester United and defending champion Chelsea on NBCSN, with a disappointing catch.

NBC has promised 50 matches across its family of platforms this season. Most of these will be streaming on NBCSports.com and the NBC Sports app, but at least 12 will be on NBCSN. NBC is careful not to explain, however, that some of these matches won’t actually be live.

It does not appear you need a subscription to watch these matches online, as you do with Premier League matches NBC streams, but you probably need a cable subscription to NBCSN. No word on a Spanish-language product was provided.

Even with the NWSL opting to host matches for a Fall Series, there is a huge dearth in women’s soccer on TV in America (and indeed the world). Even being able to (legally) watch the Women’s Champions League was a rarity for Americans this August. Fortunately, NBC has recognized the demand (CBS ratings for the NWSL Challenge Cup were through the roof) and will bring one of Europe’s best leagues to America.

For those unfamiliar, the FA WSL is similar to the Premier League, albeit with just 12 teams. The season is played in a round-robin format with each team playing every other team once home and once away. The top team at the end of the season is declared champion (no playoffs), the top two teams qualify for the next season’s Champions League and the last-place team is relegated.

Chelsea won the 2019-20 WSL crown, albeit controversially. Manchester City finished the season with the most points, but the Blues were awarded the title based on points-per-match, as England decided it wasn’t worth finishing the women’s season during the pandemic, but the men’s season was worth finishing. Liverpool was relegated and will be replaced by Aston Villa this season.

The league’s best player last season was Vivianne Miedema. The Dutch forward led the league in goals (16) and assists (8) for Arsenal, which followed up its 2019 title by finishing a close third in the abbreviated 2019-20 season. While Miedema won FWA Footballer of the Year, Chelsea’s Bethany England (14 goals, 3 assists) was named FA WSL Player of the Season, for some reason.

As for the 2020-21 season, players to watch include Miedema, England and a new crop of talent, mostly at Chelsea and Manchester City. The Blues brought in Sam Kerr in January and Pernille Harder this week, plus a number of other talented players. The Citizens, meanwhile, have gone another route, signing as many Americans as they can, starting with Sam Mewis and Rose Lavelle.

The FA WSL season kicks off with Aston Villa and Manchester City at 9:30 a.m. ET on Saturday. Arsenal faces Reading at 7:30 a.m. ET on Sunday before the match between Chelsea and United at 9:30 a.m. ET. The first match available on TV in America will be the Chelsea-Man United game on Sunday. Jonathan Pearce will do play-by-play for the game, with former England international Sue Smith providing commentary.

Unfortunately, despite NBC doing well to even show these matches in America, the Chelsea-United match won’t be broadcast live on NBCSN, but instead on a delay at noon ET. NBCSN is showing Tour de France cycling on Sunday morning instead. Hopefully once the bike race is done, NBCSN will actually show matches live, because it’s 2020 and showing matches on delay is archaic and insulting.

On the other hand, every match NBC doesn't have the rights to will still be shown on the FA Player, which is free to stream for international fans.