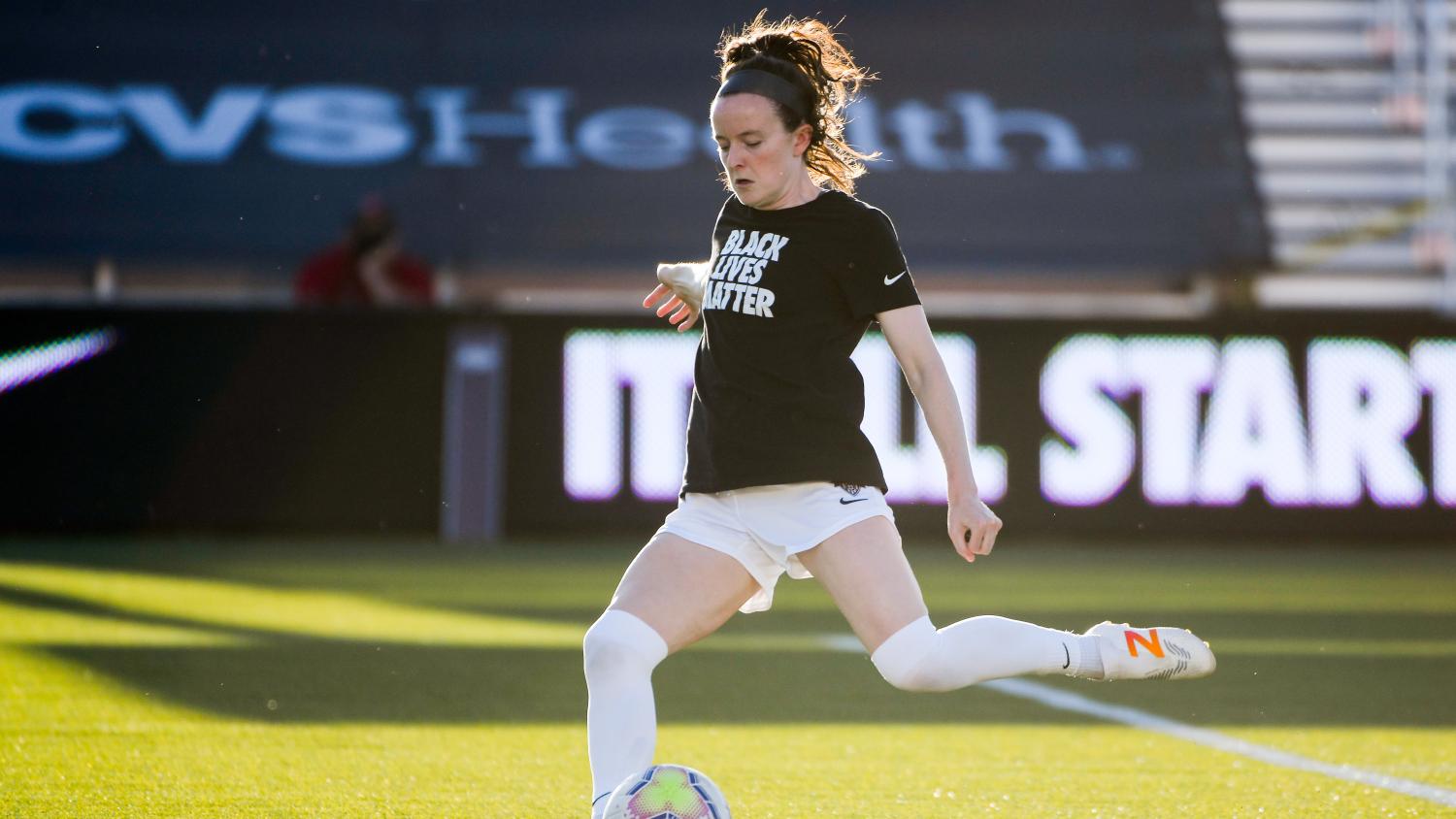 The midfielder joined OL Reign from Washington Spirit this week but had signed an agreement to join a club outside the NWSL.

As a result of the trade, Reign will control Lavelle's future playing rights in the NWSL.

Lavelle, 25, said the challenge of competing in England and the Champions League played a significant part in her move to City.

"I've heard amazing things about the club and it just felt like a really good fit overall," Lavelle said in a club statement.

"I want to challenge myself and feel that Manchester City is the perfect environment to do so and hopefully, I’ll find some success along the way."

A bit of what we can expect from @roselavelle!

Lavelle made 21 appearances across all competitions in three seasons at Washington, helping the team reach the quarterfinals of the NWSL Challenge Cup in July.

She has scored 12 goals and grabbed seven assists in 45 appearances for the U.S. national team.

The Cincinnati native netted three goals at the World Cup in France last year, including a solo effort in the 2-0 win over the Netherlands in the final, which sealed a record fourth world title for the U.S.

"Her endless accolades for both club and country are proof of what a talent she is and she's exactly the kind of player we want here at City," said City manager Gareth Taylor.

Lavelle is the third signing of Women's Super League (WSL) side City in the transfer window following the arrival of fellow U.S. international Sam Mewis from North Carolina Courage and Chloe Kelly from Everton.

City finished runner-up to Chelsea last season after the COVID-19 pandemic prematurely ended the campaign and the competition was decided on the basis of a points-per-game formula. Chelsea won the league with the help of former NWSL star Sam Kerr, who joined in January.

The new WSL season will begin on the weekend of Sept. 5-6.

(Reporting by Manasi Pathak in Chennai; Editing by Angus MacSwan)