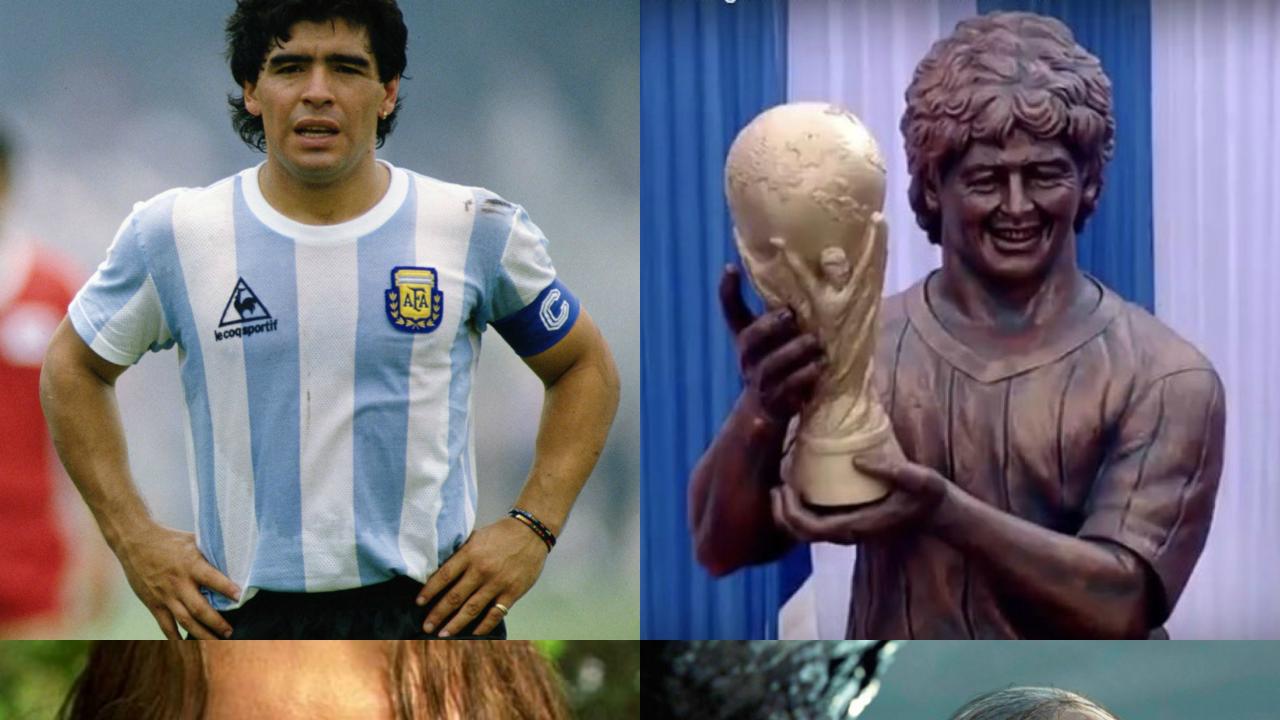 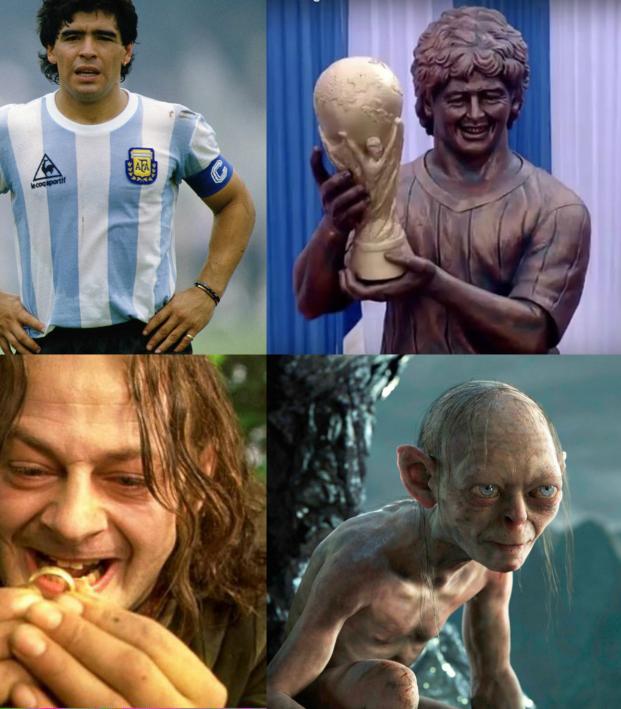 This Statue Is To Maradona What Gollum Is To Smeagol

One of these days, The18.com will run out of content, because one of these days, sculptors will stop creating horrible statues of football stars. But until then, let’s take a moment to admire the latest in a long line of hideous soccer sculptures, this time a Diego Maradona statue in India.

Diego Maradona is among the top handful of footballers all time, right up there with Pele. His Hand of God helped Argentina win the 1986 World Cup in Mexico and many in Argentina still consider him far superior to even Lionel Messi (who has his own statue problems).

A 12-foot-tall Maradona statue was unveiled in Kolkata, India, on Monday, but, like many soccer statues before, it failed to live up to the athlete it was meant to represent. 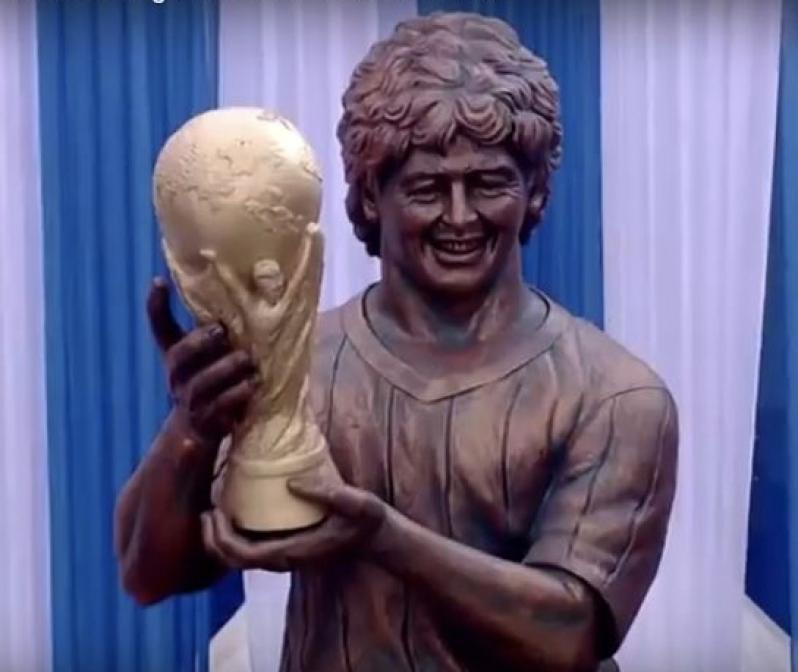 Where do we begin?

For starters, the World Cup trophy is way out of proportion, much larger than it should be. The hair looks less like Maradona’s curly locks and more like a bowl of pasta. The facial features look nothing like Maradona, past or present.

It appears the statue has been holding on to the One Ring to rule them all far too long. This statue is to Maradona what Gollum is to Smeagol. 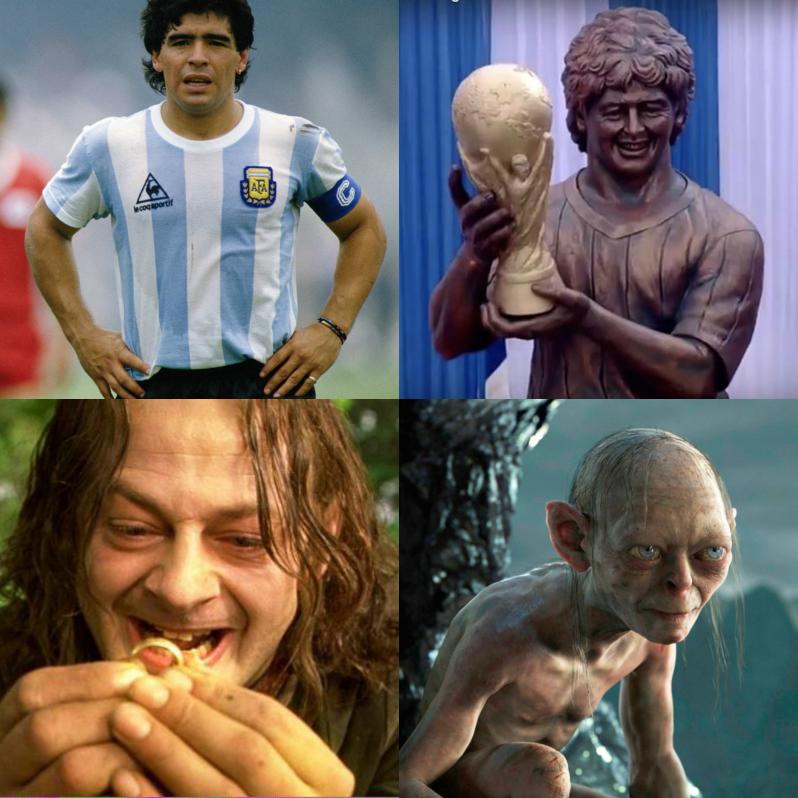 One Hand of God to rule them all.

Personally, I think the statue looks delicious, mainly because it looks like it’s made of precious chocolate. Who wouldn’t want to eat a chocolate Diego Maradona statue? But, given Maradona's history, make sure you don’t consume it if you plan on driving anytime soon.