Messi's Statue In Buenos Aires Has Been Vandalized Again 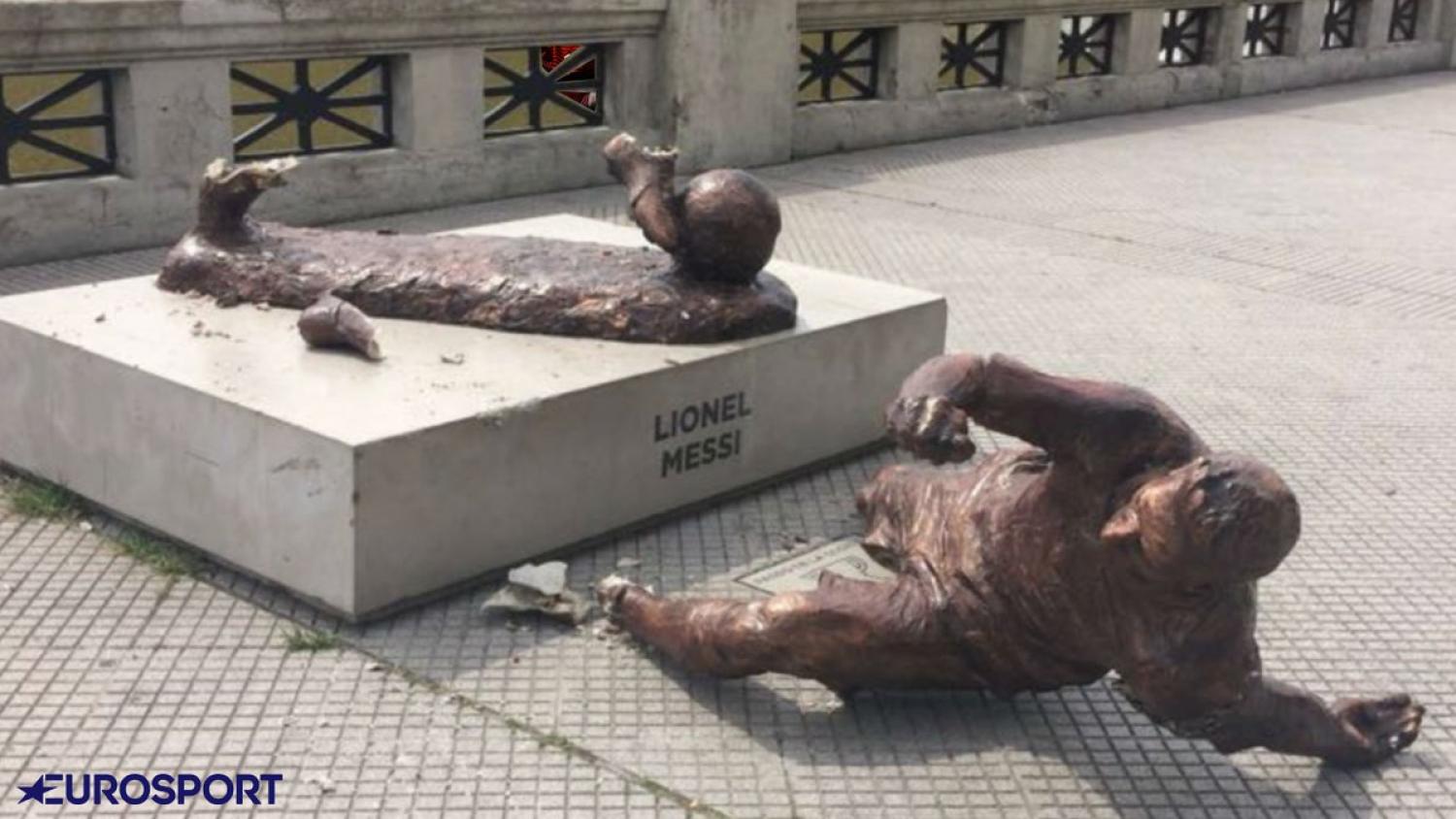 A statue of Lionel Messi in the Argentine capital Buenos Aires was vandalized, with the main body of the statue removed from the base.
@Eurosport_UK | Twitter

A statue of Lionel Messi in Buenos Aires has been vandalized. The statue, which was erected in June 2016, was cut off at the ankles and removed from its base. Basically, the vandals did what defenders try to do all around the world when they face Messi. And they got away with it because the bronze statue has much slower feet than Messi.

Leo Messi's statue in Buenos Aires was vandalised for a second time this year ...

We can't think who would do such a thing  pic.twitter.com/GFC6mqsyC0

This is not the first time this sort of thing has happened to this particular statue. The statue was cut in half at the waist back in January.

Messi is not universally beloved in Argentina even though he just scored a hat trick against Ecuador to qualify Argentina for the World Cup. There's no pleasing some people.