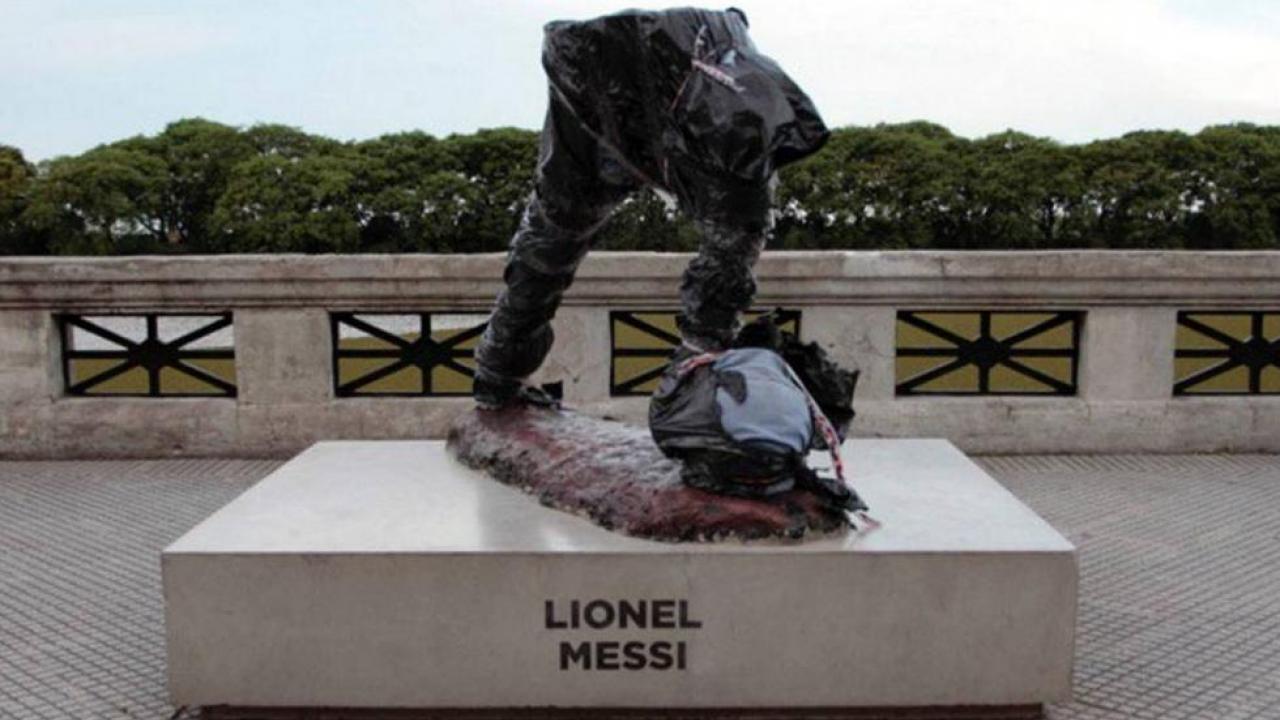 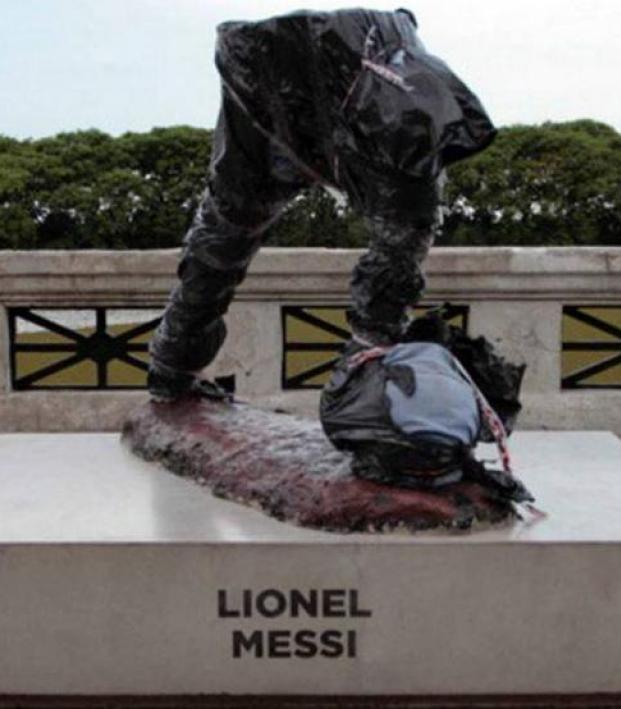 Sam Klomhaus January 11, 2017
A statue of Lionel Messi in Buenos Aires, Argentina had the head, torso and arms removed.

There's no easy way to say this: someone sawed a statue of Messi in half.

Seriously, a statue of Messi in Buenos Aires was found with the top part missing because someone, or a group of someones, sawed it off.

What does one do with the top half of a Messi statue? I hope they didn't just throw it away. That would be such a waste. I assume they had it mounted on something, but if they haven't done that yet I will be so bold as to suggest they find a horse statue, remove the head and replace it with the top of Messi's statue. CENTAUR MESSI.