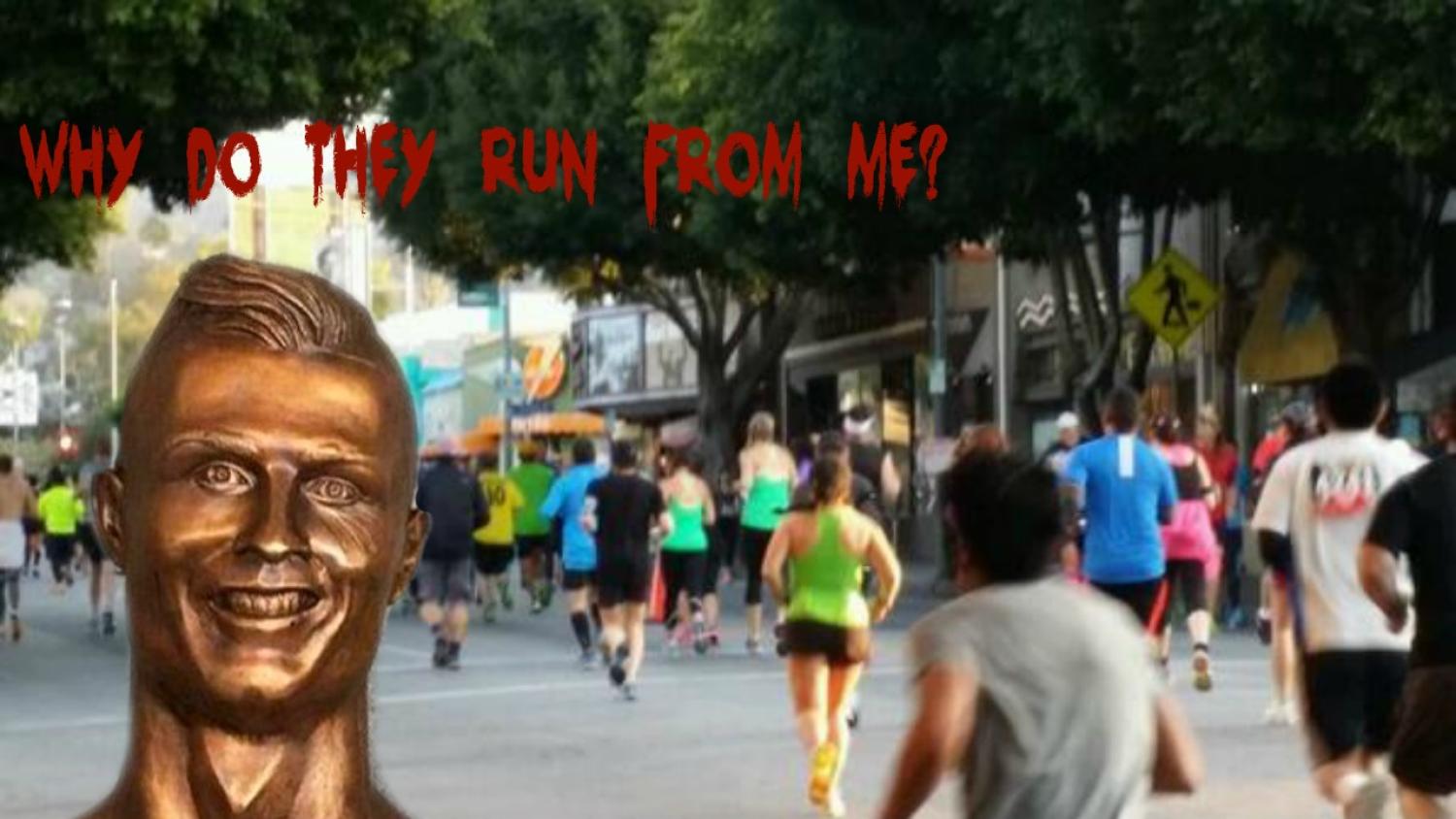 The Cristiano Ronaldo bust has gained consciousness, but it just wants to die.
@LosFelizScene | Twitter

The bust of Cristiano Ronaldo at the Cristiano Ronaldo International Airport in Madeira has miraculously gained consciousness, it’s first words being “I think you all should know that I’m feeling very depressed.”

“Do I have a mark on my face?” he then asked. “It really hurts. I can’t feel my body, so that doesn’t hurt very much, but my face does. Right here,” he said while scrunching the left side of his face. “Not here or here so much. Right here.”

A bashful, growing audience assured the bust of Cristiano Ronaldo that they could see nothing amiss, giving each other the side-eye and suppressing the urge to scream at such a monstrous creation forming words and becoming animated.

As of press time, a priest had been called to perform an exorcism on the bust, but the head of Cristiano Ronaldo seemed impassive, muttering “Here I sit, pain and misery my solitary companions, please melt me down and put me in the bottom of the ocean.”

In other news, the Chinese Super League has lodged a bid of $150 million for the grotesque deformity.