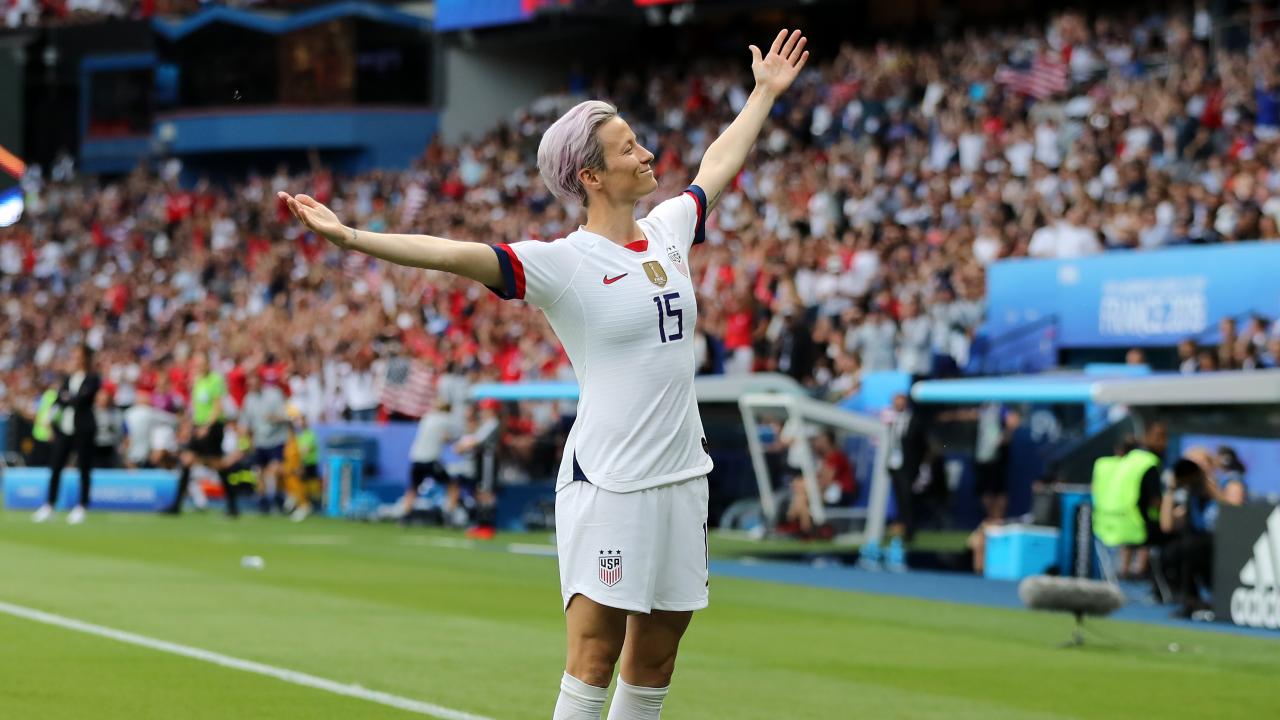 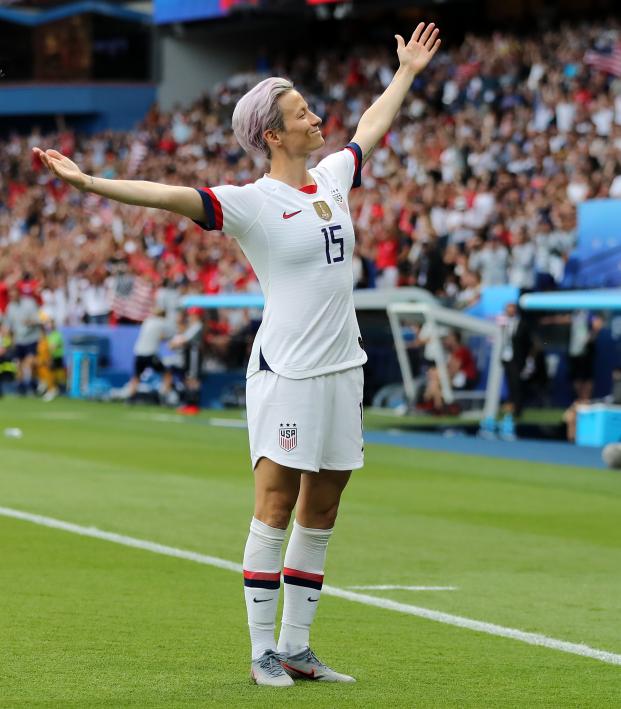 Megan Rapinoe Let Her Game Do The Talking Against France

Megan Rapinoe may just win the Golden Boot — and help the USWNT win a fourth Women’s World Cup in the process.

The USWNT winger scored in the fifth and 65th minutes to lead the U.S. to a 2-1 win over France in the 2019 Women’s World Cup quarterfinals on Friday in Paris. The anticipated showdown came down to the wire but the U.S. held on for an impressive victory over the host nation.

The Americans will now play England in the semifinals on Tuesday, another match in a gauntlet path in the drive for four. With Megan Rapinoe playing as well as she is, smart money is on the U.S. to repeat.

She’s done it while being a lightning rod off the pitch.

Before the tournament, she spoke about her anthem protests being an “F you” to the Trump administration. She responded to President Donald Trump saying she shouldn’t protest in that manner with profane comments about not wanting to visit the White House.

Despite her provocative nature off the pitch, which creates haters and lovers in equal measure, Rapinoe has powered the U.S. into the semifinals. She scored both goals on penalty kicks against Spain in the round of 16 and both goals against France in the quarterfinals. Her play hasn’t always been the best, as we even called for her to be replaced by Christen Press against Spain, but she’s come up big when the U.S. has needed her most.

Trump was in Japan on Friday, so it was in the middle of the night and he likely didn’t stay up for the U.S. game. But if he was, we assume he would’ve kept it classy, as when he invited the USWNT to the White House even when Rapinoe said she wouldn’t f*cking go.

Here are the Megan Rapinoe highlights against France.

Rapinoe opened the scoring in the fifth minute to capitalize on early dominance by the Americans. She took a free kick from a wide angle that managed to whisk through seemingly all 21 other players before finding its way into the goal.

Rapinoe scored the match winner in the 65th minute to punctuate a brilliant counter attack from the USWNT’s ATM forwards.