Will USWNT Ever Come Back To Play In A State Like Utah? 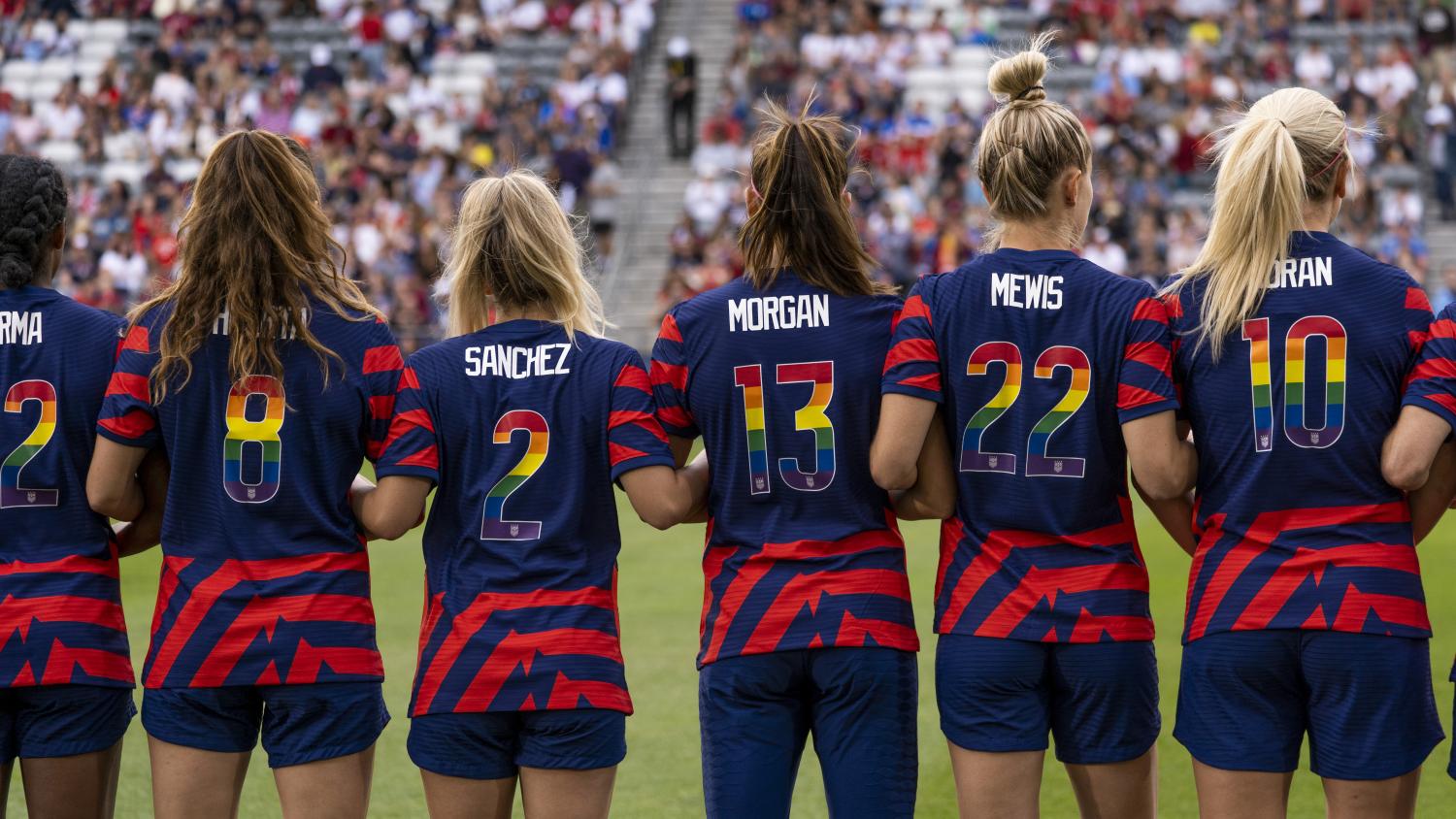 U.S. Soccer issued a statement in support of human rights that states like Utah are trying to restrict.
Mariel McCown | The18

On Tuesday, June 28, the U.S. women’s national team hosted Colombia in a friendly at Rio Tinto Stadium in Sandy, Utah. It might be the last time the USWNT plays a match in a state like Utah.

Though we often harp on the fact U.S. national teams seem to play in the same places over and over (give Ohio a rest already), the fact is the U.S. Soccer Federation has an unenviable task in picking locations for its squads given the size of the country. Many factors come into play, including stadium, training facilities, weather and fan turnout. Often, third parties like Concacaf or visiting national teams have a large say in where matches are played, and the Federation must also consider TV contracts.

One thing U.S. Soccer has never had to consider, at least until now, is whether to play in states where the rights of its players may be curtailed.

On Friday, June 24, the Supreme Court of the United States dismantled the constitutional right for women and those who may become pregnant to decide what happens with their bodies. Consequently, states across the nation began banning or even criminalizing what for more than a generation had been protected human right. The judgment has unevenly divided the country, with soccer players and teams speaking out against the decision, perhaps none more poignantly than Megan Rapinoe.

“I wish that we could just talk about soccer today, but obviously with the ruling on Roe v. Wade, that takes precedence over everything,” Rapinoe said on Friday. “It’s hard to put into words how sad a day this is for me personally, for my teammates, for just all of the people out there who this is going to affect.”

Given the impact on about half the population losing a constitutional right, organizations around the country have come out against six unelected judges deciding to restrict bodily autonomy. One of those was the usually apolitical U.S. Soccer Federation.

That last paragraph is particularly interesting.

“As our National Teams continue to play in states across the country, U.S. Soccer will continue to use our platform to fight for fundamental human rights, inclusion, tolerance, freedom and equality,” the USSF wrote.

U.S. Soccer is recognizing the inequality of rights in different states around the country. Could it be hinting at not playing in states that deny rights to safe abortions? Or will it target those states specifically to promote its ideals of human rights, inclusion and equality?

One thing we know for sure is the match in Utah went on as planned, despite the state having a trigger ban in effect, though a judge has temporarily blocked the ban.

Rapinoe said the USWNT is at its most powerful when the players take the field and use their voice instead of boycotting.

PART 12/14
Rapinoe answers @GrantWahl question about playing in states with anti-abortion laws in the future and in Utah next week. Rapinoe says, "we're not protesting the game." pic.twitter.com/QqWbJooh3R

“I think moving forward we should do any and all things necessary … to ensure the rights and liberties of every single American,” Rapinoe said Friday. “I don’t know exactly what that looks like. Thus far we’ve felt extremely supported by U.S. Soccer, by everyone here individually.

“I think that it is only in the benefit of everyone to do whatever we can to provide an environment where the players feel protected, supported and have the utmost autonomy of their bodies.”

What does that look like moving forward? U.S. Soccer plays a lot of matches in Texas, Florida and Ohio, all of which have heavy restrictions if not outright bans on abortion enabled by this SCOTUS decision.

(Quick aside: Although anti-abortion advocates have made the issue political, bodily autonomy, including abortions, should be an inalienable human right. It was for about 50 years before a court dominated by judges nominated by presidents who did not receive a majority of votes in their elections overturned years of precedent and the will of the majority of the country. A pro-choice country means everyone can decide for themselves whether to be pro-abortion or anti-abortion. Bodily autonomy is only as political as the abolition of slavery.)

After Tuesday night’s game, neither the men’s nor women’s national teams have matches scheduled in the U.S. for the rest of the year. The USWNT has three more international windows before the end of 2022, up to six more matches that could be played in the U.S. Would the USSF consider avoiding states that institute anti-abortion legislation? Should it?

There are arguments to be made on both sides.

On the one hand, why reward states where human rights are moving backward instead of forward? Why subject these athletes to playing in states where they’re considered second-class citizens?

On the other, it’s a chance for the USWNT to use its platform to promote equality, as it has so often done for things like pay equity and LGBTQ+ rights. Using that platform is, sadly, why many in America hate their most successful soccer team, so perhaps that would do more harm than good. But there remain pro-abortion USWNT fans in those states.

U.S. Soccer isn’t the only organization with decisions to make.

The NWSL must decide if holding a college draft every year is a fair way to treat its incoming class of athletes when some of those players could be sent to states where their bodily autonomy is not guaranteed. The same argument could be made for MLS, as men are just as much a part of this conversation.

Additionally, the court hinted that it could overturn protections for other aspects of our personal lives we used to take for granted, including LGBTQ+ rights, right to contraception and ability to use in vitro fertilization. Would it be fair to force an athlete to play in a state where they’re not allowed to have sex with a loved one, be it for laws against homosexuality or lack of availability of birth control?

As the U.S. enters the foreign territory of constitutional rights being removed instead of added, these are all questions that must be answered in the coming months and years, and not just by soccer organizations.