USWNT Players Used Their Trip To Texas To Make A Strong Statement To Gov. Abbott 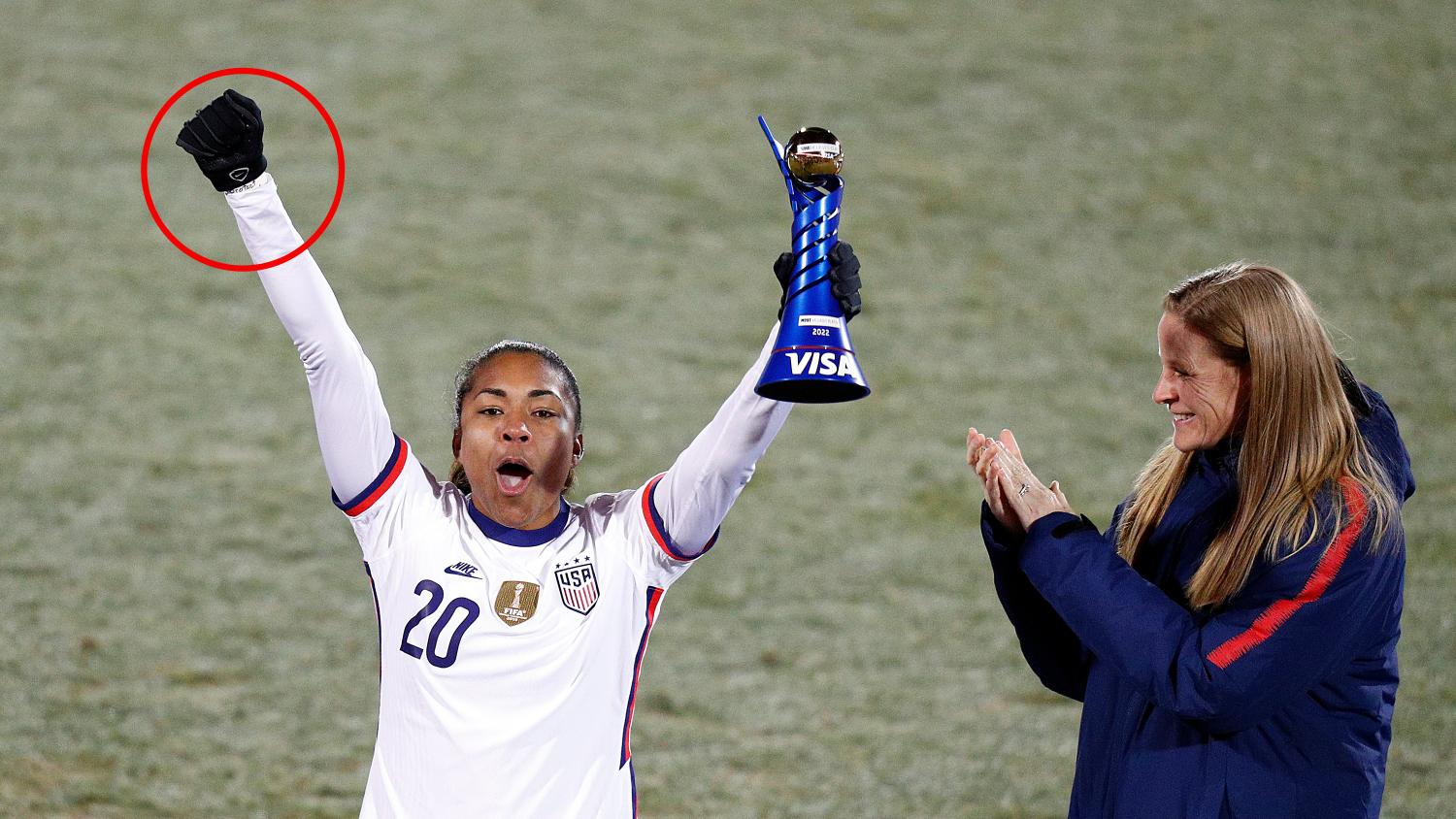 The USWNT just won a landmark settlement to end its long battle with U.S. Soccer for pay equity on Tuesday. On Wednesday night, many of those players were back using their platform to bring attention to another human rights issue: transgender rights.

The U.S. beat Iceland 5-0 to claim the SheBelieves Cup for the fifth time in seven years on Wednesday night. The match was played in Frisco, Texas, a day after the state’s governor, Greg Abbott, issued an executive order restricting the rights of transgender children and their parents. USWNT players weren’t going to stay quiet.

To deny gender-affirming resources to trans kids and to threaten their parents and guardians with claims of child abuse is MONSTROUS.

If you want to help, support groups like @EqualityTexas. #protectTransKids

Abbott ordered the state’s child welfare agency to investigate reports of gender-confirming care for kids as abuse on Tuesday, the day the USWNT won a $24 million settlement with the USSF. In response, USWNT players wore wristbands with the message “Protect Trans Kids” written on it during the Iceland match.

“With the platform we have, we really wanted to show why this team is different and why we do things that are much bigger than just the game,” Macario told reporters after the game. “It was just a way to show awareness, especially because we were playing in Texas. I wanted to make sure everyone was able to see it, and it wasn’t just another thing getting (swept) under the rug.”

Here's Catarina Macario's full response to @itsmeglinehan on the #USWNT's message of support for trans kids in Texas during last night's game: pic.twitter.com/E9yVzmAqic

Abbott’s order came after Texas attorney general Ken Paxton issued a non-binding legal opinion declaring gender-confirming treatments as “child abuse.” This statement goes against expert medical advice, but Abbott moved to act on the opinion with his order on Tuesday. It’s unclear how the order will impact transgender children, with a county office in Houston saying it would not act on the letter.

Regardless of the impact, the USWNT players made it clear they don’t agree with the dehumanizing of transgender children going on across the country. Arkansas became the first state to pass a law making it illegal for minors to receive gender-confirming treatments, a move followed by Tennessee. Additionally, numerous states have passed laws banning transgender children from competing in school sports.

Supporting your transgender child is NOT abuse.
Send a message to the Department of Family & Protective Services urging them to listen to the medical experts and protect transgender kids from politicians like Abbott and Paxton.
--> https://t.co/vUDuO48PCr #protecttranskids pic.twitter.com/QCqY5Sg8v5

Of course, if we’re being honest, legislation restricting transgender rights enacted by Republican-led legislatures across the country isn’t about protecting children. What’s really going on is it’s a midterm election year. Both Abbott and Paxton are up for reelection and facing primaries next week, so they need to drum up support by creating an enemy for people to hate. It’s why the same people who are against vaccines because they don’t want you to tell them what to do with their bodies are always telling people what they can do with their bodies.

Trans rights are human rights. Dehumanizing, othering and victim-blaming transgender children, who already have an alarming suicide rate, to win an election is about as low as it gets.