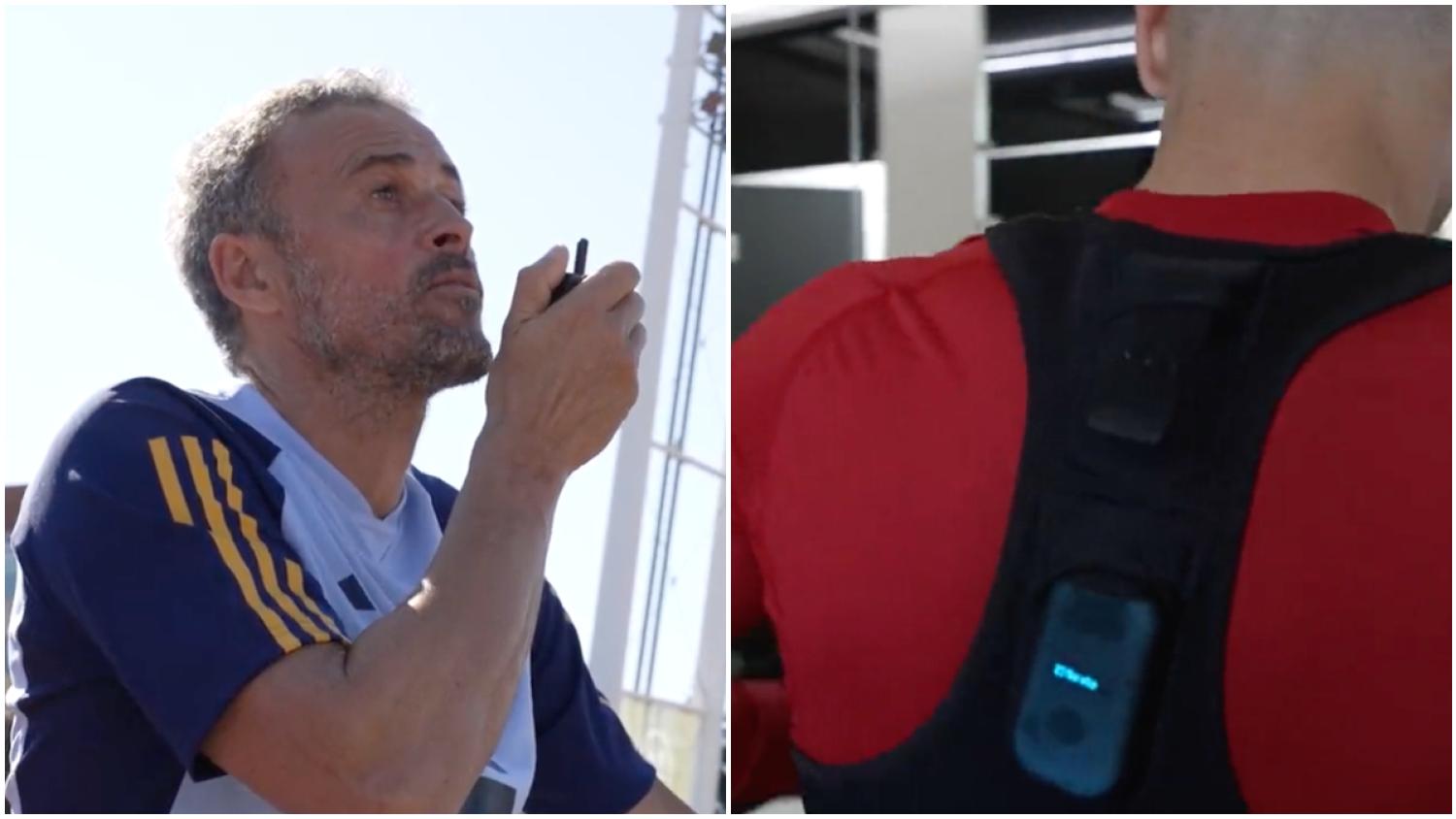 Because yelling is so out of fashion.
SEFutbol

Seeing a coach standing on the sidelines yelling at his/her players is part of the soccer weave. However, this traditional rite seems to have its days numbered after witnessing the new technology innovation in the Spanish national team camp: mini walkie-talkies.

Walkie-talkies in the Spanish national team

The method was shared on social media through the Spanish national team platforms and has become viral since it was posted. In the video, Spain's coach Luis Enrique is seen directing a training session, talking from a scaffold at an average volume while the players listen to him through a small device implanted in the same soccer bra they use to measure distance, speed and other variables of the game.

It's definitely not an image you see every day.

In fact, before the training session for the next game vs. Switzerland in the Nations League, Luis Enrique had to explain to his players how the system would work.

"I hope not to yell a lot because I'm not used to addressing people far from where I am in a low voice," he said.

Are we going to see this technology in an official match?

No. At least for now.

Currently, the International Football Association Board (IFAB) and FIFA don't allow players to use any communication device as part of their official uniform.

But maybe one day, everything changes and this would be seen as a baby step in that direction.