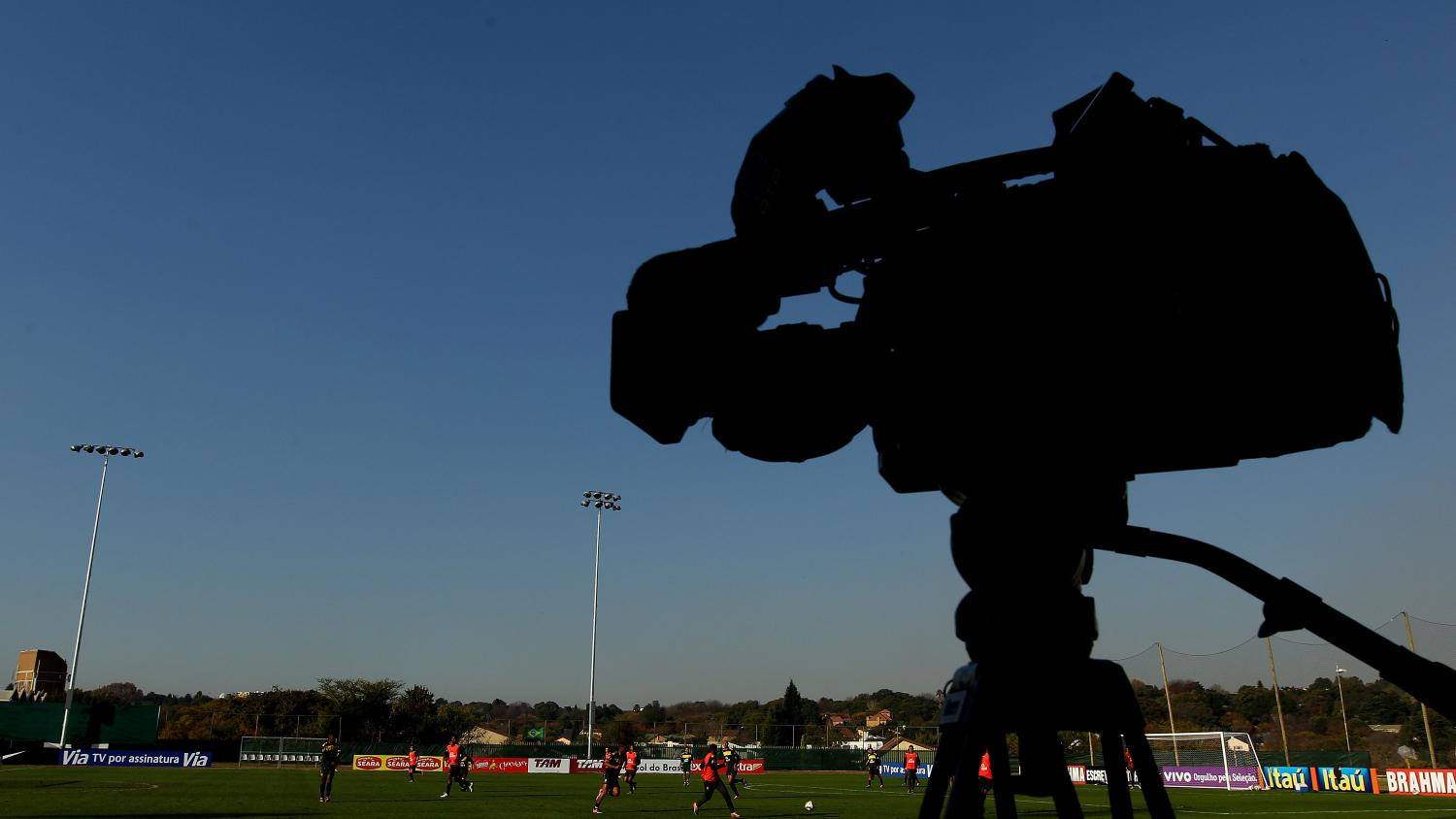 Watching film of your matches is a great way to supplement the physical work you put in during training.
Getty Images

The high school soccer season is in full swing right now for the majority of boys' soccer players in the U.S. As a high school goalkeeper coach, the fall is my favorite time of the year as I get to train the next generation of great shot-stoppers at my alma mater.

Lately, I have been watching film of our team's games with my brother, who is in his first year on the team as a varsity center back. As we follow the game, I've found myself not only dissecting the performances of my goalkeeper but also teaching him what to look for. From the camera angle at the top of the bleachers, it is easy to see how dangerous attacking opportunities arise and how they can be prevented.

Analyzing match tapes requires a different mindset from watching a game for enjoyment. It requires critical thinking, attention to detail and the ability to make connections. In that sense, it's not much different from a book report or school project. It's also a skill that needs to be learned and practiced.

While full-match replays are not available for every team, they are far more prominent and accessible than when I was a teenager.

Supplementing the physical work put in at training with the mental exercise of match analysis is critical for improving your game and becoming a more complete player. Here are some things to look for while watching your game film, broken down by position.

As a goalkeeper coach, this is the number one thing I look for on tape. In real-time, it can be difficult to ascertain; do I stay or go and which type of dive/block do I go with? It's not always black and white, but on tape, the correct decision becomes much more apparent.

The one thing I consistently preach to my keepers is to not get stuck in no-man's-land. In 1v1 situations, this no-man's-land is when you're six to 10 yards away from the attacker when they shoot. At this range, you minimize your reaction time while also taking up very little of the goal.

Either be right up on the shooter, making yourself big and forcing them into an uncomfortable shot, or wait back and use the increased distance to easily react to the opponent's effort.

Much of what defines a good defense is not what it does on the ball, but rather off it. A backline that moves in unison, staying flat across with minimal gaps, is difficult to penetrate.

Whenever a defender steps up or drops back independently of the other defenders, that leaves a gap that the defense can exploit. This holds especially true for center backs.

While watching film, consider: How quickly does the defense regain its shape when the ball is turned over? When a defender steps, do they win the ball — and do the other defenders pinch in?

Building From the Back

Completing passes as a defender can be a daunting task at the high school level. The fear of mistakes often overrides all else, resulting in a game of long clearances and loose balls.

On tape, look where your center mids and fullbacks are. This allows you to anticipate where to pass in the future (or lets you know if they are out of position).

Also, consider your positioning when your team is in possession. Center backs, are you wide, and do you drop off enough to give yourself time on the ball? Fullbacks, are you providing width on the touchline and getting forward at appropriate times? Make it easy for your teammates by being in a favorable spot to receive a pass.

Arguably the most important aspect of watching film is being able to see the space on the field. In the midfield, where the pitch becomes the most congested, the vertical view becomes all that much more important.

As center mid, your job when your team is in possession to always be an option. It's a simple goal in theory, but one that becomes incredibly difficult on the pitch.

Regardless of how many center midfielders your team plays with, it is paramount that they play on different vertical levels. Two or three center mids flat across is easy to defend and square passes are far too simple to defend. By creating depth in the midfield, this forces the opposing midfielders out of their defensive shape.

Width and Space and More Width

One of the biggest tactical details that high school wingers fail to grasp is the importance of staying wide. So many wingers simply want to make vertical runs over the top from narrow positions. These runs are easy for defenders to snuff out and require an inch-perfect ball. The space simply isn't there and you're not dangerous when two defenders are within arm's reach. Nine times out of 10, the space is out wide.

Positioning yourself near the touchline forces the fullback to make a decision. If they stay inside, that leaves you with acres of space to receive the ball and go to work. If the defender drifts wide, that leaves a huge gap for you to get in behind via a diagonal run.

Hugging the touchline also opens up space inside for your fellow attackers and allows for easier switches of play, opening up the whole field.

Working as an Attacking Unit

The most dangerous front lines are the ones that work together. Far too often, high school teams lack combination play, as they have three attackers each doing their own thing. Your team probably won't have the interchange of a club like Liverpool or Man City, but they still need to function as a unit to be successful.

Keep track of how many times you and your other attackers make the same run, whether it be checking back or in behind. The defense is put under pressure by varying your movement and making different runs than your teammates. They must determine who is covering which run. They must decide whether to step or drop. This creates gaps in the backline and space for you as an attacker.

From there, figure out your teammates' tendencies. Do they prefer to operate on or off the ball? Do they cut in or prefer to go down the line? Are they a shooter or a passer? Think about your role in the attack

Movement in the Penalty Area

For every other section in this piece we've talked about big moves — runs in behind, spreading wide and creating layers. Inside the 18, little one or two-yard movements can be the difference between a goal or a ball rolling harmlessly wide.

Across multiple matches, notice the tendencies of defenders inside the area. Do they stay goalside or allow you to get in behind? How about their body position: where are their hips facing and are they able to see both you and the ball? If their hips are turned toward the sidelines, drop off for a pullback. If their hips are facing you, the ball across the six is on. Put yourself in dangerous positions, anticipate, and good things will happen.