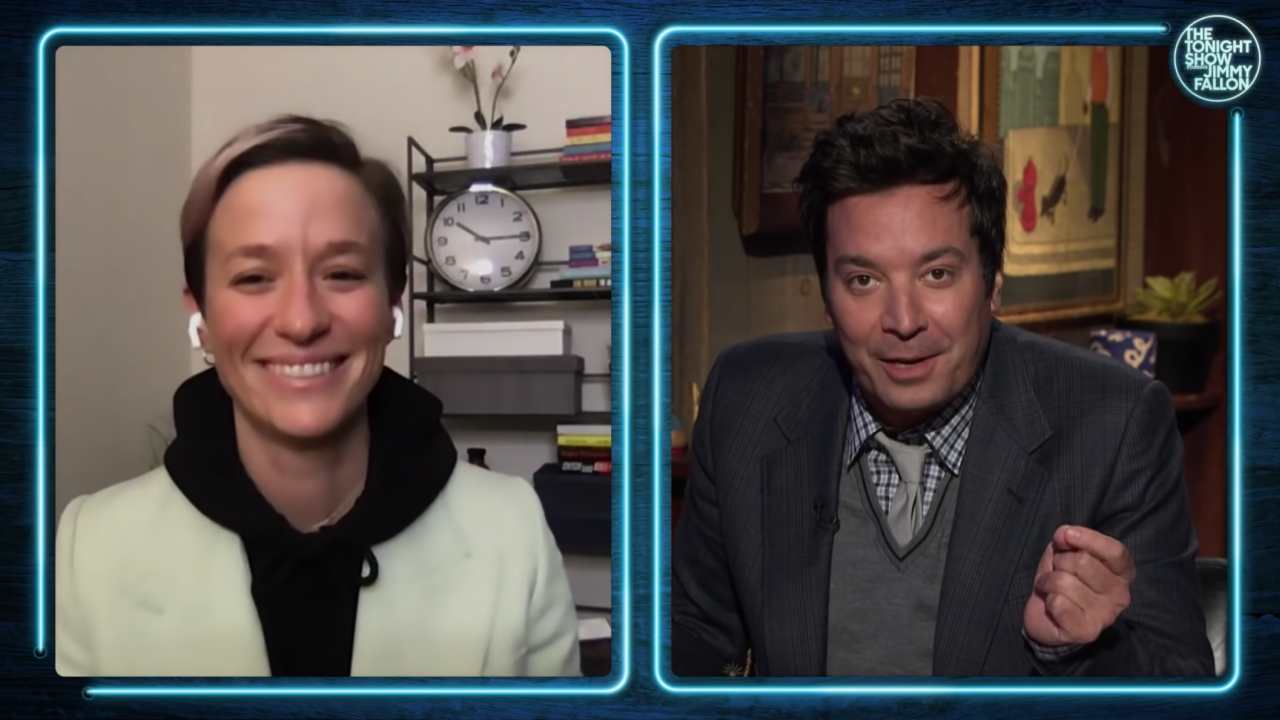 Megan Rapinoe is one of the world’s best footballers — her trophy cabinet alone serves as proof: two Women’s World Cup winner’s medals, an Olympic gold medal and a Ballon d’Or. But the USWNT superstar and global icon divulged something on the Tonight Show this week that many athletes would never admit: She’s more of an entertainer than an athlete.

Rapinoe was on Jimmy Fallon’s show on Wednesday to promote her new book ‘One Life.’ It wasn’t the first time she’s been on the NBC late-night show this year ( she was everywhere this summer) but this time Rapinoe was on to promote not her team or the fact everyone should get out to vote but herself.

Given the opportunity to talk about herself, Fallon asked Rapinoe about her recent engagement to WNBA legend Sue Bird and that amazing engagement photo. She said it was planned but spontaneous and so great to get a word of congratulations from President-Elect Joe Biden (albeit before he won the election).

Rapinoe then spoke about how some athletes shy away from leveraging their moment in the spotlight to promote books or other projects, but Rapinoe is doing the opposite, mainly so she can also promote the causes for which she’s passionate: Equality, voting, LGBTQ+ rights, etc.

Which leads us to the most interesting quote of the interview.

Fallon, in his rambling, sincere-but-almost-incoherent way of talking, asked Rapinoe where her activism came from, and this was her answer.

“I think it’s two things,” Rapinoe said. “I’m a huge Michael Jordan fan and I’m a huge Jim Carrey fan. And so growing up you had all the movies, Ace Ventura, you got Michael Jordan, he’s got his tongue out, he’s an athlete but he’s entertaining everyone in this way that we hadn’t seen before. And then Jim Carrey. To see this all come full circle and Jim Carrey doing the “Loooser” on SNL, it was just so ridiculous.

The quote comes near the end of the above video, but here’s a snippet with just that quote for people too busy to watch a full five-minute video of Rapinoe on Fallon.

Last night, Megan Rapinoe explained to Jimmy Fallon where she gets her natural ability to entertain and we are not surprised  @mPinoe @FallonTonight pic.twitter.com/2SG5czrRQD