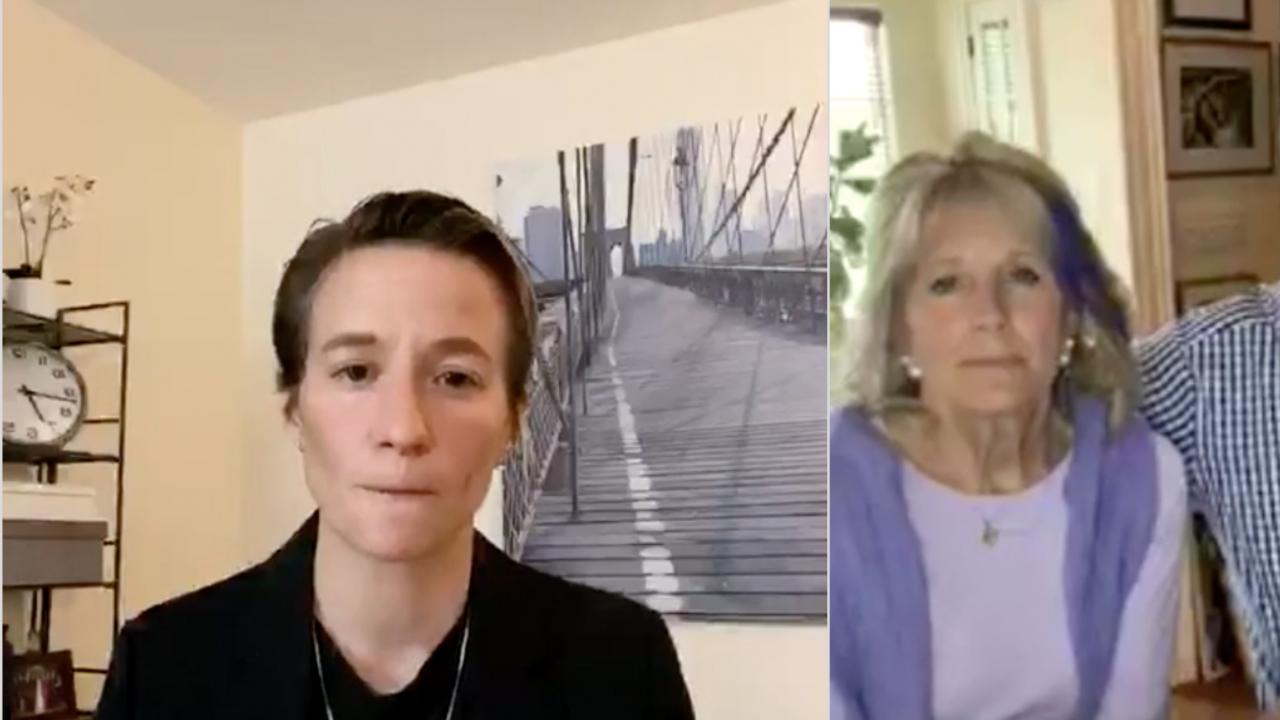 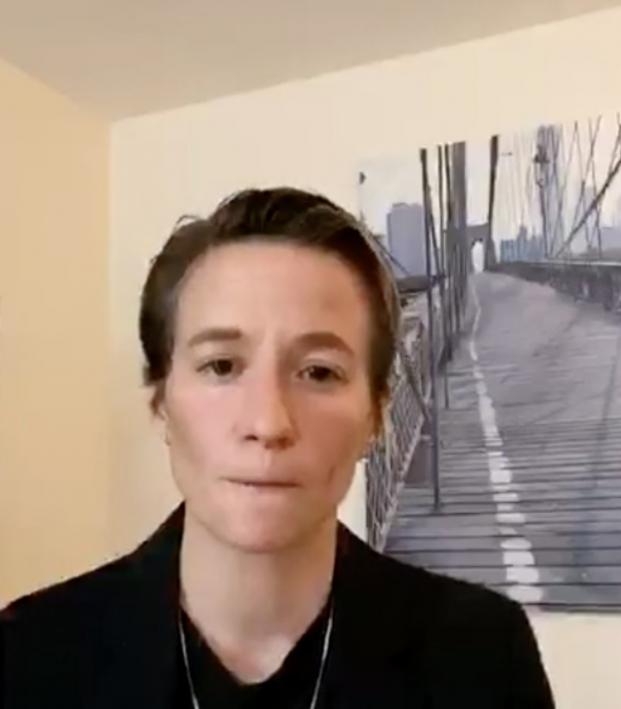 Megan Rapinoe Is Setting Herself Up To Be The Next Oprah

While many professional athletes have used this recent downtime from sports to relax, hang out with family and stay out of the limelight, one soccer star is doing just the opposite. More than perhaps any athlete over the last two months, Megan Rapinoe has been raising her profile in nearly every way possible.

At this rate, she might just become the next Oprah.

Rapinoe, who last year won the Women’s World Cup along with the tournament’s Golden Boot and Golden Ball, has been out of action since the SheBelieves Cup in early March. The NWSL season is on hold amid the novel coronavirus pandemic as everyone across the country has been forced to stay at home to prevent the spread of COVID-19.

Instead of just sitting around the house twiddling her thumbs all day, Rapinoe has been everywhere (virtually), from podcasts to TV shows. She’s hosted live streams with her partner, WNBA superstar Sue Bird, chatted with New York congresswoman Alexandria Ocasio-Cortez about the government’s COVID-19 stimulus package, promoted her clothing company and debuted a show on Quibi.

Just in the past week, Rapinoe interviewed both California Governor Gavin Newsom and former Vice President and current Democratic presidential presumptive nominee Joe Biden on Instagram Live. How many of the Sunday morning political talk shows can say that?

Talked to Vice President @joebiden and @drbiden about all things Covid, campaigning during these times, bringing the Democrats together and how understanding we are all together will win the Presidency in November.

Love her or hate her, she was the biggest story of the Women’s World Cup.

After the tournament, she continued to make headlines, with some even conjecturing she’d get into politics. She endorsed Elizabeth Warren in the Democratic presidential primaries and appeared as herself on the reboot of “The L Word.” Since stay-at-home orders swept across the country, she’s showed up on podcasts like Lovett or Leave It in addition to hosting her own livestreams either solo or with Bird.

Her recent chats with AOC, Newsom and Biden showed she’s better suited to interviewing politicians than many journalists, presenting them in a relatable way but still able to dig into specific policies.

During her 45-minute interview on Thursday with Joe Biden and his wife, Dr. Jill Biden, the three talked about everything from the pandemic to the weather. They dove into politics but also talked about sports. The Bidens, it turns out, are big soccer fans, with Joe eager to talk about his granddaughter’s soccer exploits and calling Rapinoe an “icon.” Jill even showed off that she had dyed a portion of her hair purple in solidarity with the USWNT’s equal-pay fight.

Near the end of the interview, the USWNT star half-jokingly offered her services to be Biden’s VP nod, which he has stated will be a woman.

“I don’t want to put you on the spot,” Rapinoe said. “I think I could still play soccer and do this, but if you need a vice president, I’m available for an interview. We can talk logistics and the details, but put it on your list.”

Of course, Joe’s not going to pick Rapinoe as his veep, nor would Rapinoe realistically be a possibility. (She will turn 35 in July, which means she’s technically eligible.)

But Rapinoe is setting herself up for a promising career in media once her playing days are over, should she so choose. More Michael Strahan than Taylor Twellman, I could easily see her becoming like Oprah or Ellen with a daily talk show.

Except, think more “Watch What Happens Live With Andy Cohen” than the more tame shit you see on Ellen.

What can I even say about this one. @sbird10 @dianataurasi This was epic.

Megan Rapinoe still has a few years left in her playing career. She’ll likely be at the Olympics next summer and might even be able to squeeze in one more trip to the World Cup in 2023, assuming those events are both played as they’re currently scheduled.

After that, who knows what’s in store for one of the most iconic footballers of her generation. She’s got enough devout followers to find success wherever she goes and enough haters to keep her in the news.

And she’s smart, entertaining and connected enough to have the luxury to do whatever the hell she wants whether you like it or not.