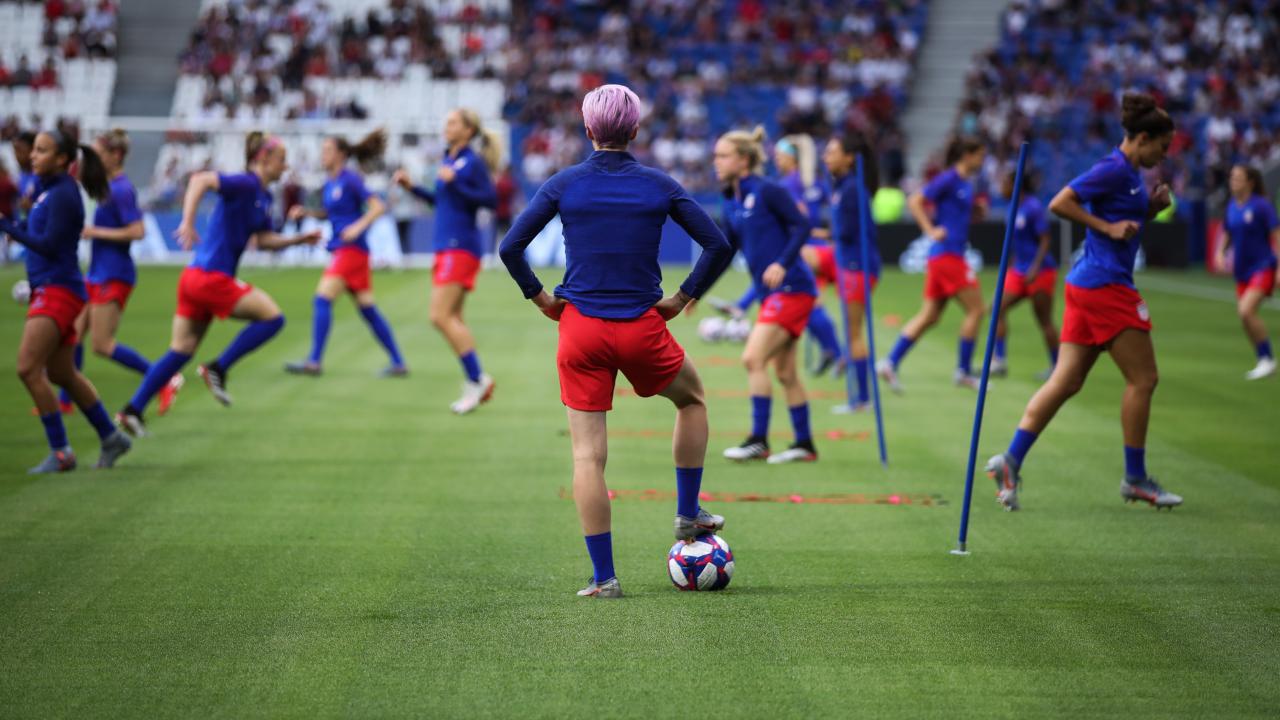 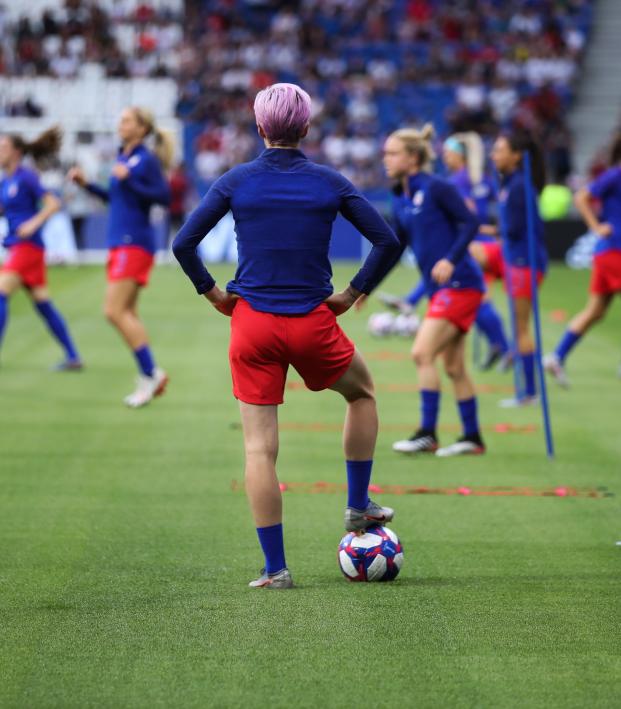 Sports and politics have long been intertwined. For as long as athletes have had a platform, they’ve used it to speak up for their beliefs and ideals, from Muhammad Ali and Kareem Abdul-Jabbar to Tom Brady and LeBron James.

But when it comes to American politics, soccer players have long been on the periphery, too obscure for anyone to really notice come election day. That began to change somewhat in 2016, and based on an announcement on Friday, 2020 could be a big year for American soccer players in politics.

With the 2020 presidential election about 11 months away and primary voting nearly two months away in the U.S., Megan Rapinoe has already thrown her support behind one candidate.

A once-rare sight to see soccer players in the U.S. endorsing political candidates is only likely to become increasingly common in 2020.

Not until the 2016 presidential election did soccer players really come to the fore in endorsing — and some evening campaigning for — candidates. Rapinoe and Hope Solo both backed Hillary Clinton while Abby Wambach actually campaigned for the Democratic nominee. Geoff Cameron, meanwhile, was candid about his support for Donald Trump, the eventual winner of the election.

Ahead of the 2020 election, we’ve seen hints more and more soccer players could speak out about their preferred candidates.

I’ve always been a man of faith but growing up as a closeted gay man in the Episcopal Church it was tough to imagine a world where I belonged, let alone a world where I could live my truth. Athletes like me are told to keep quiet about politics but I refuse to sit on the sidelines when my community is under attack, especially by politicians who use faith as an excuse to discriminate. That’s why I’m proud to endorse @pete.buttigieg for president. Pete’s proven that he’s got the experience and ability to communicate his message of unity and inclusion in even the most difficult of spaces. Now more than ever, we need a president who will protect and defend LGBTQ rights as if they were his own. Pete represents a new generation of leadership that our country deserves. I’m so proud to back Pete’s historic campaign and to see an openly gay man of faith welcomed on that 2020 debate stage for exactly who he is.

Robbie Rogers, one of the first American male soccer players to come out, also appears to back Buttigieg. Rogers’ husband, Greg Berlanti, donated $5,600 to Mayor Pete’s campaign, the maximum allowable donation for a couple.

Megan Rapinoe became the latest U.S. soccer player to endorse a candidate on Friday. The 2019 Ballon d’Or and The FIFA Best Women’s Player who won the Golden Boot and Golden Ball at the 2019 Women’s World Cup posted an endorsement of Democratic candidate Elizabeth Warren to Twitter. Rapinoe even got Warren into USWNT slang with LFG.

I truly believe the best things in life are a result of being bold and being real. I’m proud to endorse Elizabeth Warren today, for being bold, for being real, for listening to ALL of us, and for being prepared to navigate the unique challenges we face today as a country @ewarren pic.twitter.com/9hX3gQYjvo

With the 2020 presidential election still nearly a year away, expect more U.S. soccer players to give their two cents, from Cameron to Solo.

You can also expect more candidates to seek such endorsements. With the success of women in all political parties during the 2018 midterm elections, USWNT players who became cultural icons during their run to winning the Women’s World Cup this summer will be coveted influencers. And don’t be surprised if a candidate seeks a Christian Pulisic endorsement.

Also, Michael Bradley will probably have something to say, whether you like it or not.

Michael Jordan once said he refused to wade into politics because Republicans buy sneakers too. While still true, athletes more than ever are unafraid to speak up on the politics they believe in, and finally soccer players in the U.S. are having their voices heard, too.

(Did we miss any well-known soccer players who have endorsed political candidates recently? Let us know!)