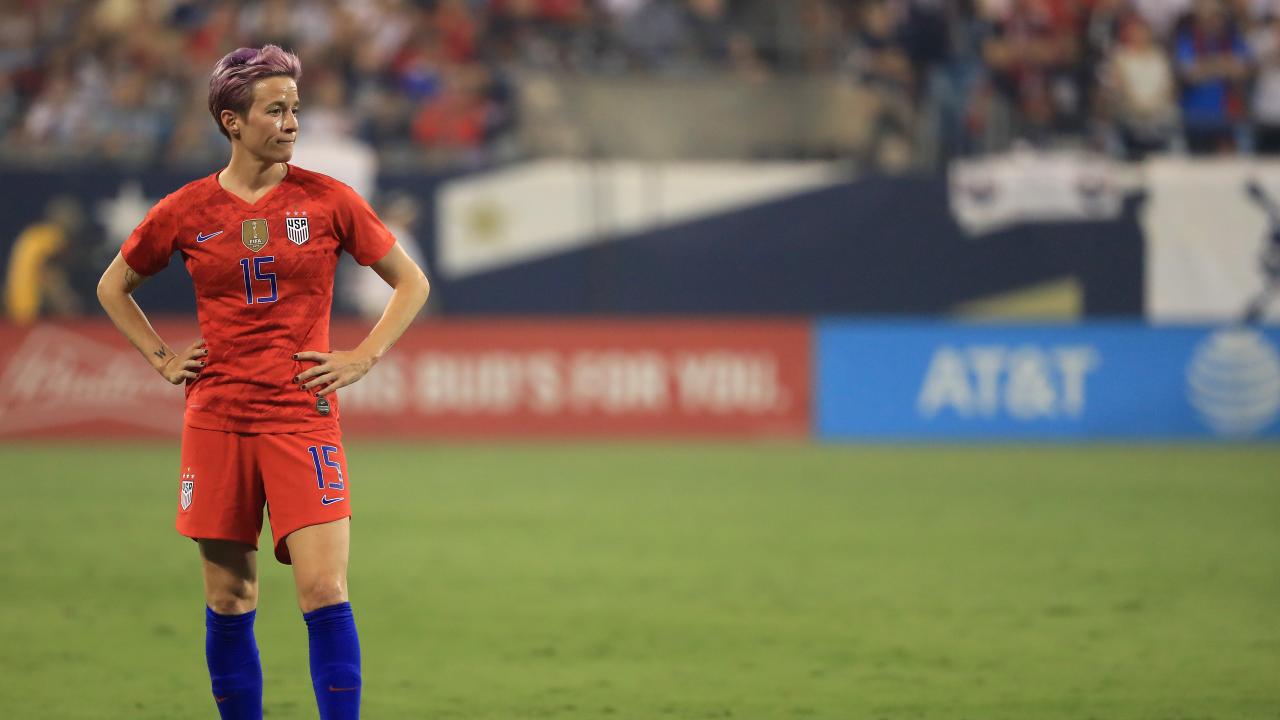 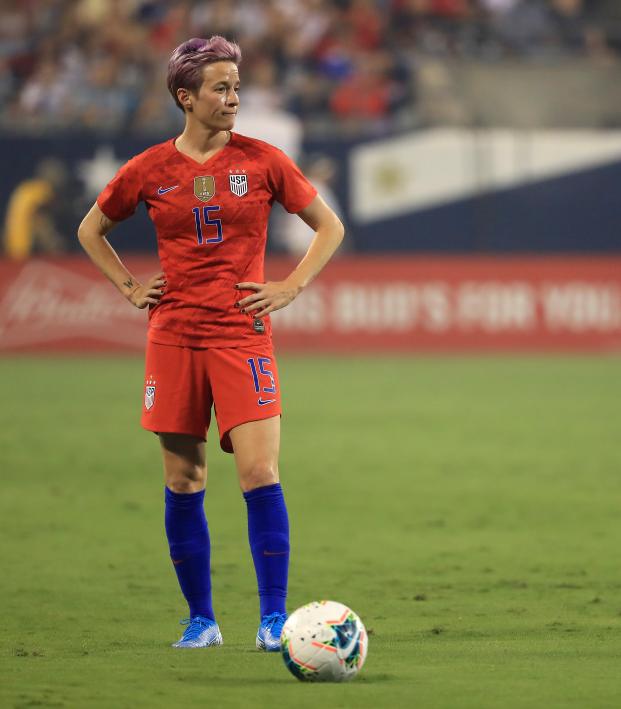 After dominating headlines on and off the field during this summer’s Women’s World Cup, Megan Rapinoe took home the biggest individual prize of them all on Monday. The USWNT winger won the 2019 Ballon d’Or Féminin at an award ceremony on Monday in Paris, the first American to take home the prestigious honor (it’s only in its second year).

Rapinoe won the Golden Boot and Golden Ball as the Women’s World Cup’s leading scorer and best player in helping the U.S. win a fourth star on its crest in France. She dominated the voting for the award, garnering 230 points, more than double second-place Lucy Bronze (94) and far ahead of U.S. teammate Alex Morgan (68).

There’s little doubt Megan Rapinoe, 34, impacted the sport more than any other woman this year.

She came up with clutch goals at the Women’s World Cup, including both in a 2-1 win over France and the winner in the final against the Netherlands. Some may complain half of her goals were on penalty kicks, but ask England’s Nikita Parris or Steph Houghton how easy it is to convert PKs on the grandest of stages.

Rapinoe’s five goals in the knockout rounds (six overall) were reminiscent of when Carli Lloyd took over the 2015 Women’s World Cup. Lloyd didn’t win the Ballon d’Or that year because France Football didn’t yet deign women worthy of a Ballon d’Or, but Lloyd did win FIFA World Player of the Year, which Rapinoe won earlier this year.

Admittedly, Rapinoe’s club performance — no goals or assists in six appearances — left a lot to be desired. If someone else who played well for club and country (Vivianne Miedema, Wendie Renard, Sam Kerr) had been rewarded, it would have been hard to complain. But Rapinoe showed up on the biggest stage and we should just be thankful France Football didn’t give the award to Marta (who was on the shortlist for some reason).

Rapinoe was not in France to accept her trophy, as Lionel Messi was, though she did provide a pre-recorded video giving the usual thanks to teammates, fans and peers.

“I want to say congratulations to the other nominees,” Rapinoe said from what appeared to be the corner of a hotel room. “I can’t believe I’m the one winning it and women’s football is lucky to have these players.

“Thanks to my teammates for all the support. You allow me to be who I am on the field and the person I am off of it. There is not enough thank yous in the world for all that you guys do for me.”

Accompanied by a picture of her and her teammates lifting the Women’s World Cup trophy, Rapinoe wrote about the incredible year she’s had. In particular, Rapinoe thanked the fans who “asked them to care more about just the game of soccer, more than just themselves, more than just people who looked like them, more than just winning. For that, I am forever grateful.”

This year has been the craziest of them all. I don’t even really know how put into words how special this has been. The TEAM shook the world, and continues to. Yes the 23 players on the field, yes the coaching staff, and extended staff for the team, but the TEAM I’m talking about goes far beyond those who are lucky enough to wear the crest. The TEAM is our family, friends, girlfriends and boyfriends, wives and husbands. The TEAM is the thousands of fans who cheered for a team that asked them to care more about just the game of soccer, more than just themselves, more than just people who looked like them, more than just winning. For that, I am forever grateful. I think this World Cup win, and all the subsequent wins, both personal and team, feel so special because for the first time in a long time, it feels like WE ALL WON. And while I am truly honored to win @francefootball Ballon D’Or, I’d like to accept this on behalf of us ALL. WE DESERVE THIS. I am forever grateful to my beautiful family I know for a fact I wouldn’t be here with out you @sbird10 I love you forever

Megan Rapinoe, who recognizes as well as anyone how little she brought to her club team, Reign FC, understands she won the Ballon d’Or for more than just her play on the pitch. While she was the best player at the Women’s World Cup, she was also the most recognizable off it.

With Rapinoe leading the way, the USWNT stood for more than just a team of athletes kicking butt; the diverse team is social force. In 2019, Rapinoe and her teammates challenged the gender pay gap, racial inequality and LGBTQ+ discrimination.

For that, Rapinoe is the most polarizing athlete in women’s sports right now. She has a legion of devout fans who love her desire and ability to use her platform to encourage social reform. She also has countless haters, who either don’t understand the difference between social and political issues, disagree with social equality or just want athletes to shut up and dribble.

Love her or hate her, Megan Rapinoe dominated women’s soccer this year and there’s no one better to win the second-ever Ballon d’Or Féminin.