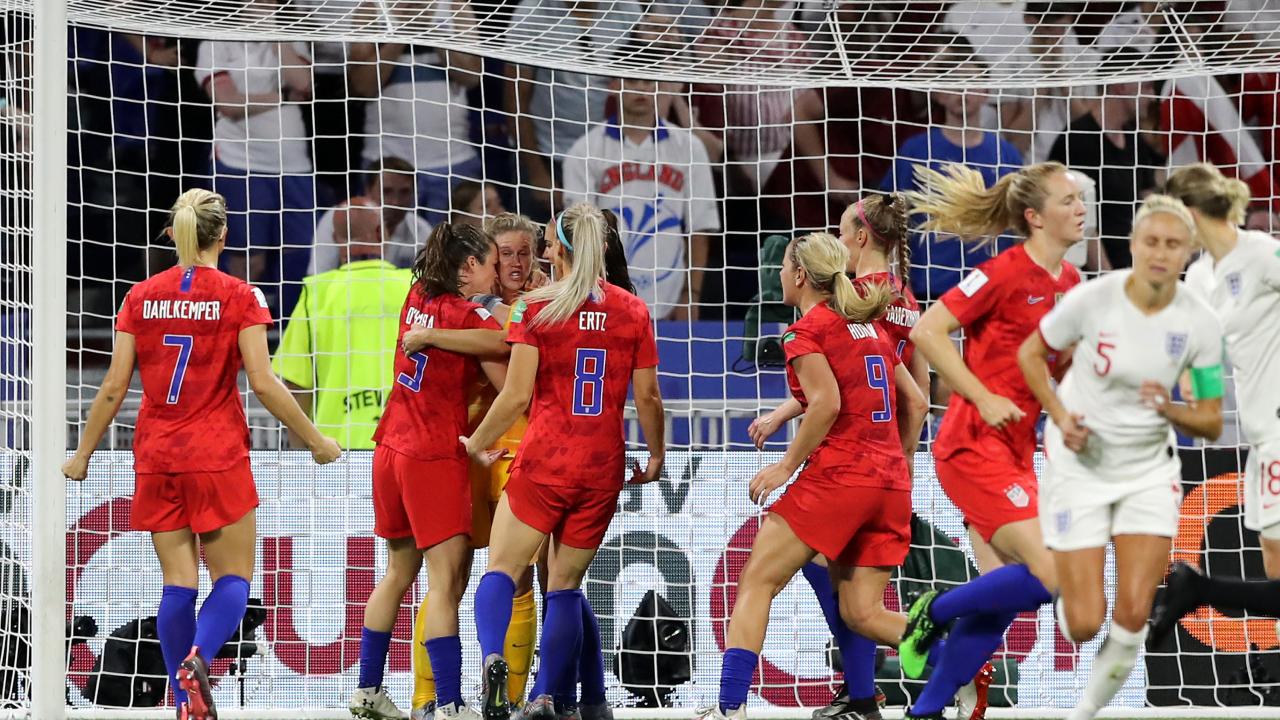 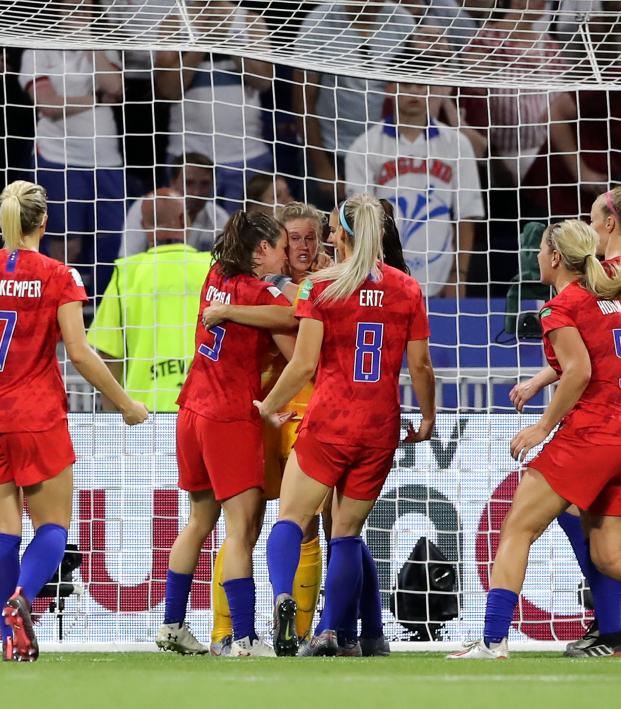 Alyssa Naeher Is Now The US Secretary Of Defense

Connor Fleming July 2, 2019
She takes the title from Tim Howard following her heroics against England.

In between showing that replay of Chile not scoring on a free kick and talking about Hope Solo, we forgot to give Alyssa Naeher her proper due. She stayed calm and alert despite Becky Sauerbrunn's error against Spain, recorded four saves and withstood France’s second-half flurry last Friday, but still we didn’t take any time to address the U.S. goalkeeper. Now nobody's gonna talk about anything besides Alyssa Naeher.

The 31-year-old pulled off a sensational save on Keira Walsh to keep the USWNT up 2-1 in the first half, but her shining moment came in the 83rd minute when denying England captain Steph Houghton from the penalty spot.

In an opening 45 minutes played at a breakneck pace, the U.S. opened the scoring 10 minutes into the match only to see England peg them back nine minutes later. The same sequence could’ve — and probably should’ve — repeated itself shortly after.

In the 31st minute, Alex Morgan restored the U.S. lead. In the 33rd minute, Walsh arrowed an effort from distance that was headed for the top corner. But there was Naeher extending to full length and tipping the shot away from danger.

The @PennStateWSOC alumna’s save keeps @USWNT ahead 2-1 over England at the half of the World Cup semifinal. pic.twitter.com/0ggVMY9g1C

But in a game defined by dizzying momentum swings, it was the late second-half penalty that decided the match. In the 67th minute, England appeared to have equalized through Ellen White, but the VAR correctly intervened to rule it out for offside.

However, the Lionesses were on the trail of blood, and after consulting the monitor, the referee decided that Abby Dahlkemper had fouled White in the box with less than 10 minutes to go in regular time.

Up stepped Houghton to convert a potential equalizer and swing the momentum into England’s favor — perhaps for good.

The U.S. keeper saves the penalty to keep them ahead vs England. #FIFAWWCpic.twitter.com/wij2WZY89i

It wasn’t the best penalty, but Naeher correctly guessed the direction and effectively destroyed any hopes England had. The match fizzled out from there.

Here’s what the save meant across America.

ALYSSA NAEHER.. INJECT IT IN MY VEINS @AONashville #USA pic.twitter.com/EJi0wkRWhe

.@PennStateWSOC product Alyssa Naeher makes a late PK save for the US and downtown State College loves it. pic.twitter.com/gWupZQvw1t