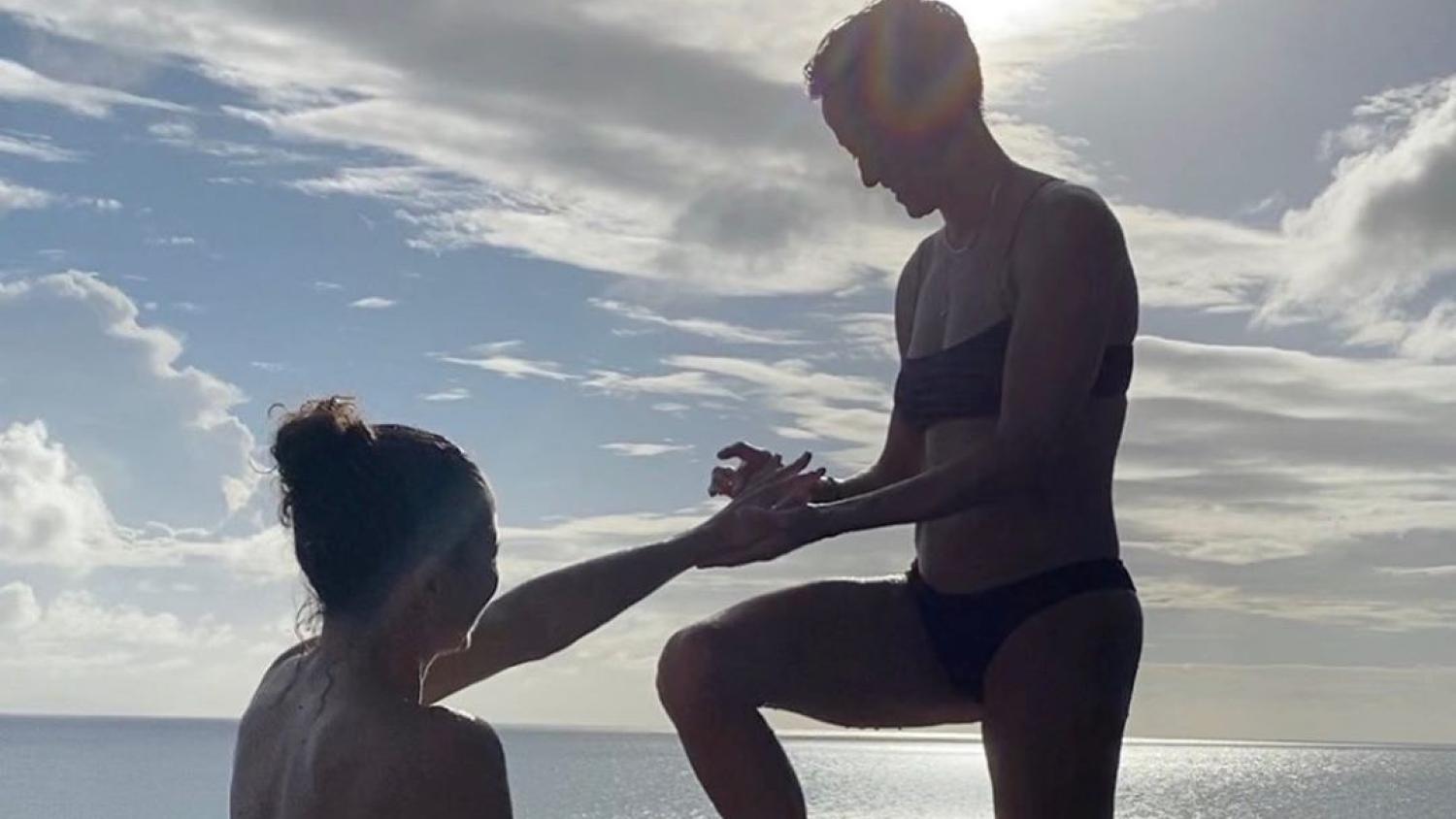 We’ll take any good news we can get these days, and this is as good as it gets.
@mrapinoe | Instagram

The world’s biggest soccer star and basketball star are getting hitched.

Megan Rapinoe and Sue Bird announced their engagement on Friday night via Bird’s Instagram account, followed by a flood of congratulations on social media, including from the Democratic presidential nominee.

Rapinoe, a two-time Women’s World Cup winner, and Bird, an 11-time WNBA all-star and one of the all-time greats of the game, had been dating for more than three years.

The two make up arguably the most-accomplished sports couple ever and give the U.S. a welcome reprieve from election anxiety.

Megan Rapinoe hasn’t played soccer since March, but she has dominated 2020 almost as much as 2019, the year in which she won the Ballon d’Or and her second World Cup. She took full advantage of quarantine to turn into Oprah, interviewing Joe Biden in the process. She was named to the Time 100 list and has a book coming out in a couple weeks.

Sending our love and congratulations to @mPinoe and @S10Bird on their engagement.  pic.twitter.com/4p2I2Dye5G

Because Rapinoe opted out of all NWSL matches, she was able to join the WNBA bubble in Florida to watch Bird win her fourth championship with the Seattle Storm. Bird is also a four-time Olympic gold medalist, three more than Rapinoe.

Rapinoe, 35, and Bird, 40, were the first openly gay couple to appear in ESPN’s Body Issue in 2018. They’ve long advocated for human rights such as LGBTQ+ rights and gender and racial equality, with Rapinoe often sparring with Donald Trump on Twitter. Trump did not send a congratulatory tweet to the couple despite tweeting about a million times since the anouncement.

(Information from Reuters was used in this report.)