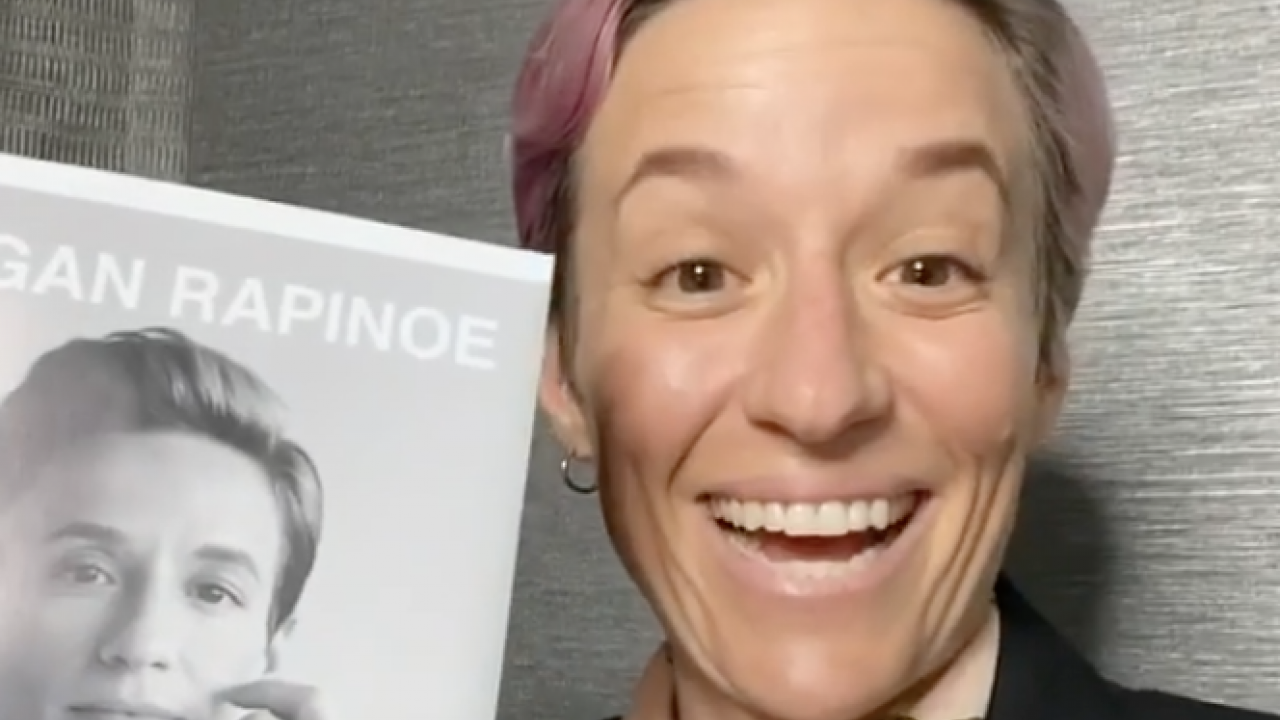 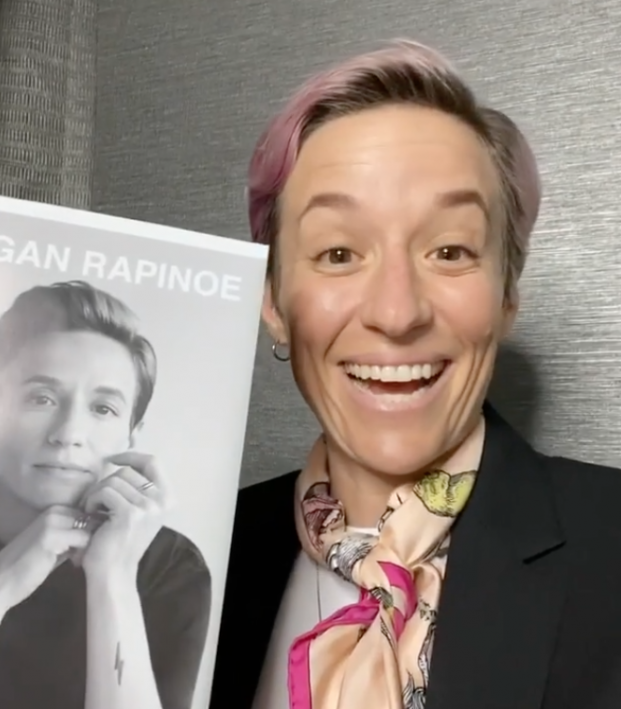 Megan Rapinoe Wrote A Book And It’s Coming Out Soon

While Megan Rapinoe continues her fight for equal pay for the USWNT, she’s also been hard at work on side hustles to capitalize on her own self-earned fame outside of soccer. From hosting the ESPYs to interviewing presidential candidates, the former Best FIFA Women’s Player has kept busy during the pandemic, despite not having taken the field since March. Now there’s a Megan Rapinoe book on the horizon too.

Titled “One Life,” Rapinoe’s book comes out on Nov. 10, and the USWNT star showed off the cover this week.

Y’all, they let me write a book!! I am so excited for this to come out, and to share a little more about me. This process has been so special, reliving beautiful memories, cracking up with my family, and trying to figure myself out. I hope you want to read it!. Pre-Order today! Coming out in November.

“I am so excited for my book to come out,” Rapinoe said on Instagram. “I can’t believe that I even have a book; it’s just kinda wild.”

Rapinoe gave a few details on what to expect from the book, saying it will provide a behind-the-scenes look at her life, particularly the last few years, in which Rapinoe has gone from a 2015 Women’s World Cup winner to a 2019 Women’s World Cup icon, feuding with the U.S. president on Twitter while leading the U.S. to victory on the pitch.

“I poured everything into it,” Rapinoe said. “I can’t wait for you guys to hear a little bit more about me. I feel like everybody knows a little bit, but kind of a deeper dive into my childhood and my family.”

We first wrote about the Megan Rapinoe book deal in 2019 when she first signed with Penguin Publishing. The deal also includes a second book that will target middle schoolers.

You can preorder “One Life” on Amazon and other sites now. It was co-written with Emma Brockes. Below is the product description for the Megan Rapinoe book as provided by Penguin Random House.

Megan Rapinoe, Olympic gold medalist and two-time Women’s World Cup champion, has become a galvanizing force for social change; here, she urges all of us to take up the mantle, with actions big and small, to continue the fight for justice and equality

Megan Rapinoe is one of the world’s most talented athletes. But beyond her massive professional success on the soccer field, Rapinoe has become an icon and ally to millions, boldly speaking out on the issues that matter most. In recent years, she’s become one of the faces of the equal pay movement and her tireless activism for LGBTQ rights has earned her global support.

In One Life, Rapinoe embarks on a thoughtful and unapologetic discussion of social justice and politics. Raised in a conservative small town in northern California, the youngest of six, Rapinoe was four years old when she kicked her first soccer ball. Her parents encouraged her love for the game, but also urged her to volunteer at homeless shelters and food banks. Her passion for community engagement never wavered through high school or college, all the way up to 2016, when she took a knee during the national anthem in solidarity with former NFL player Colin Kaepernick, to protest racial injustice and police brutality – the first high-profile white athlete to do so. The backlash was immediate, but it couldn’t compare to the overwhelming support. Rapinoe became a force of social change, both on and off the field.