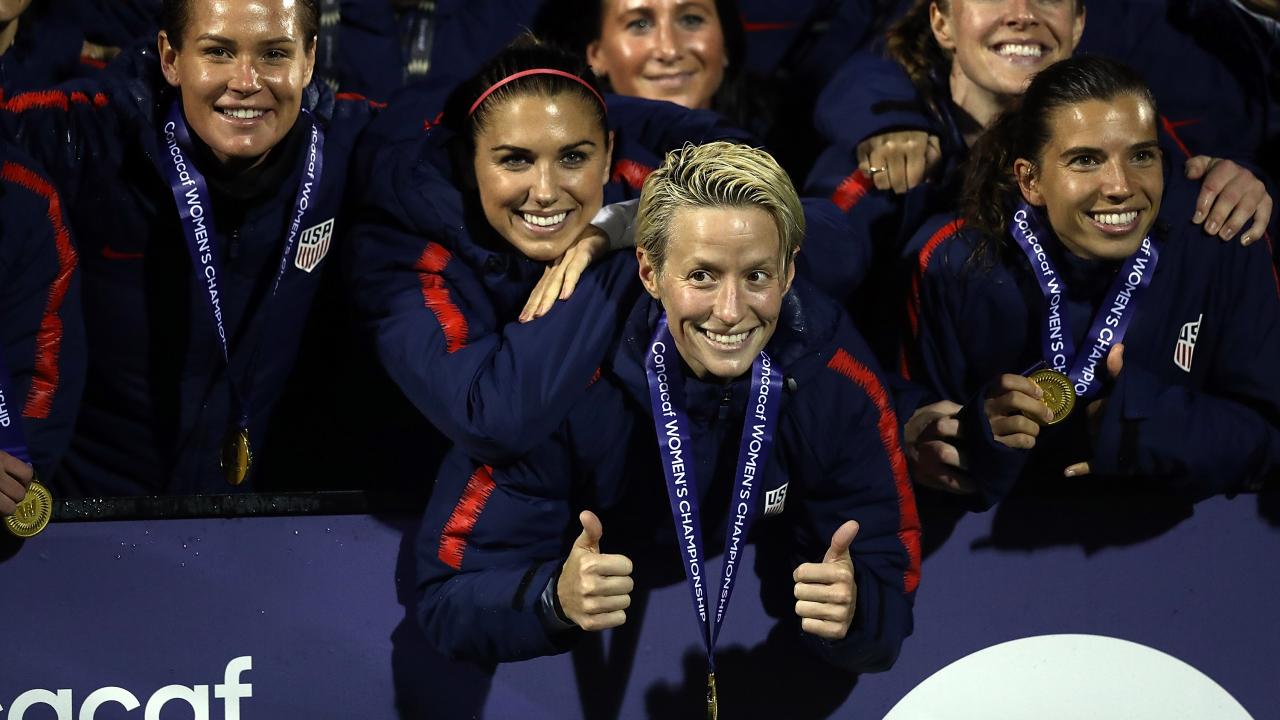 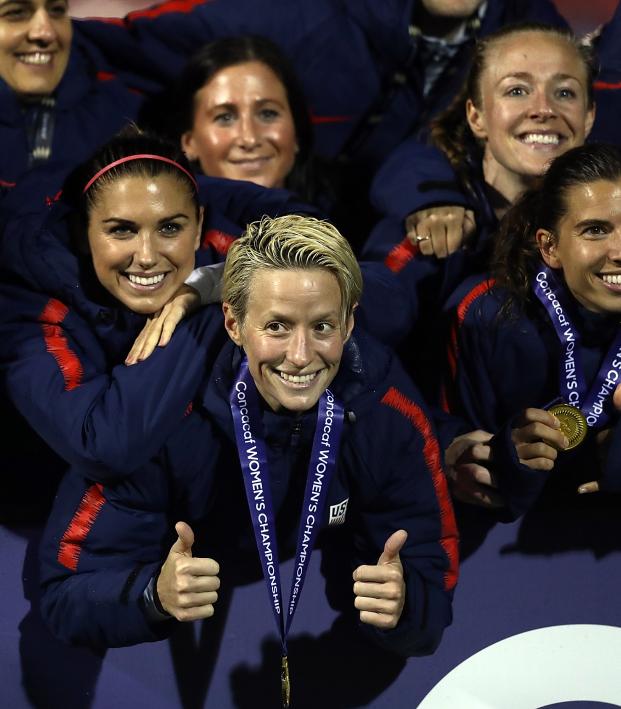 The U.S. women’s national team just wants to be treated fairly and equally by the United States Soccer Federation. On Equal Pay Day — the date representing how far into the current year a woman must work to earn as much as a man earned the previous year — the USWNT received an unexpected boost toward equal pay.

A woman in the U.S. makes, on average, 80 cents for every dollar a man makes, though some reports suggest it’s much, much worse than that for women, especially women of color. Equal Pay Day is a sobering reminder of how greatly this affects women.

The USWNT knows this all too well.

On March 8 (not coincidentally International Women’s Day), all 28 members of the team sued the USSF for gender discrimination, seeking back pay, damages and other relief.

The U.S. women are far superior to the men in terms of results on the pitch (three World Cups, six Olympic gold medals), but are paid less per World Cup than the men — $31,250 less, to be precise.

In a weird twist to the saga, the USWNT will now be making the same as the men for the 2019 Women’s World Cup this summer, not through the USSF doing what’s right and upping the pay but through a third-party donation.

LUNA Bar publically announced Tuesday it would donate $718,750 to the USWNT, enough to give all 23 players who make the Women’s World Cup roster the $31,250 the USSF won’t pay.

We love when badass ladies stand up for what they deserve. And we’re in awe of U.S. Women’s National Soccer Team (@USWNTPlayers). Learn how we’re helping them level the playing field. Because equality can’t wait for someday. #somedayisnow #Equalpayday pic.twitter.com/NB3FgsTDMO

“(LUNA Bar owner and CEO) Gary (Erickson) started speaking and we were all like, ‘What’s the catch?’” Alex Morgan told espnW last week at a press conference that was embargoed until the public announcement Tuesday. “But there isn’t one. They want to close the gap. They want to be on the forefront of this movement.”

This is a wonderful donation from LUNA Bar, a brand created by Clif Bar catered toward women though personally I think they’re great for men too. It’s essentially a marketing ploy if we’re being honest, but it’s still a great gesture, like that of adidas promising to pay the same performance bonuses to its athletes who win the Women’s World Cup as the men’s World Cup.

“They did this for the whole Players Association, which is a huge statement,” Megan Rapinoe told espnW. “It forces other brands to look in the mirror, whether they want to or not. It forces our federation and other companies to ask, ‘What is our responsibility and what can we do in this fight?’”

But should the USWNT really have to rely on corporate sponsors to close the wage gap? Should companies feel compelled to step in where employers have failed?

The answer should be an emphatic no.

Staunch capitalists might suggest it’s just the market working itself out, the women getting what the market will pay them. But those who view the U.S. as a democracy first understand all genders must be treated (read: paid) equally.

To put it bluntly: LUNA Bar donating nearly a million dollars to the USWNT doesn’t let the USSF off the hook to pay its players equally.

As we mentioned when the USWNT first filed its lawsuit against the USSF, equal pay is a complicated issue when it comes to the USWNT vs. USMNT. Both are paid differently, play a different number of matches and have different tournaments in which to earn bonuses. It’s not exactly comparing apples to apples.

Rapinoe recently discussed the USWNT lawsuit with Reuters, explaining they’re not just in it to put more money in their own pockets.

“For us it is really important to really look at the bigger picture of the compensation piece,” Rapinoe told Reuters. “I don’t think you can talk about compensation articulately or intelligently until you have a conversation about funding across the board.

“So whether that is youth teams or staffing for each team or promotion and sponsorship, you know, advertising for both teams, I don’t think that that is equal yet. So yes we are fighting for equal compensation but we are also fighting for this larger picture of investment in both programs equally.”

The USSF has a long way to go treat its men’s and women’s team equally.

While U.S. Soccer has done more for the women’s game than most soccer associations, that’s not really enough. It’s a bit like Joe Biden: He generally does and says the right things, but when it comes to women he can be a bit off. (That might be unfair to the USSF, which as an organization is not physically capable of being as creepy as Biden has been toward women, though admittedly both are far less awful to women than the pussygrabber in chief.)

LUNA Bar should be applauded for its commitment to closing the gender pay gap, even if we were to cynically assume the donation was done simply as an advertising promotion.

But let’s not forget who is at fault for creating the gap (FIFA, U.S. Soccer, society, capitalism). This doesn’t fix things, but it helps.