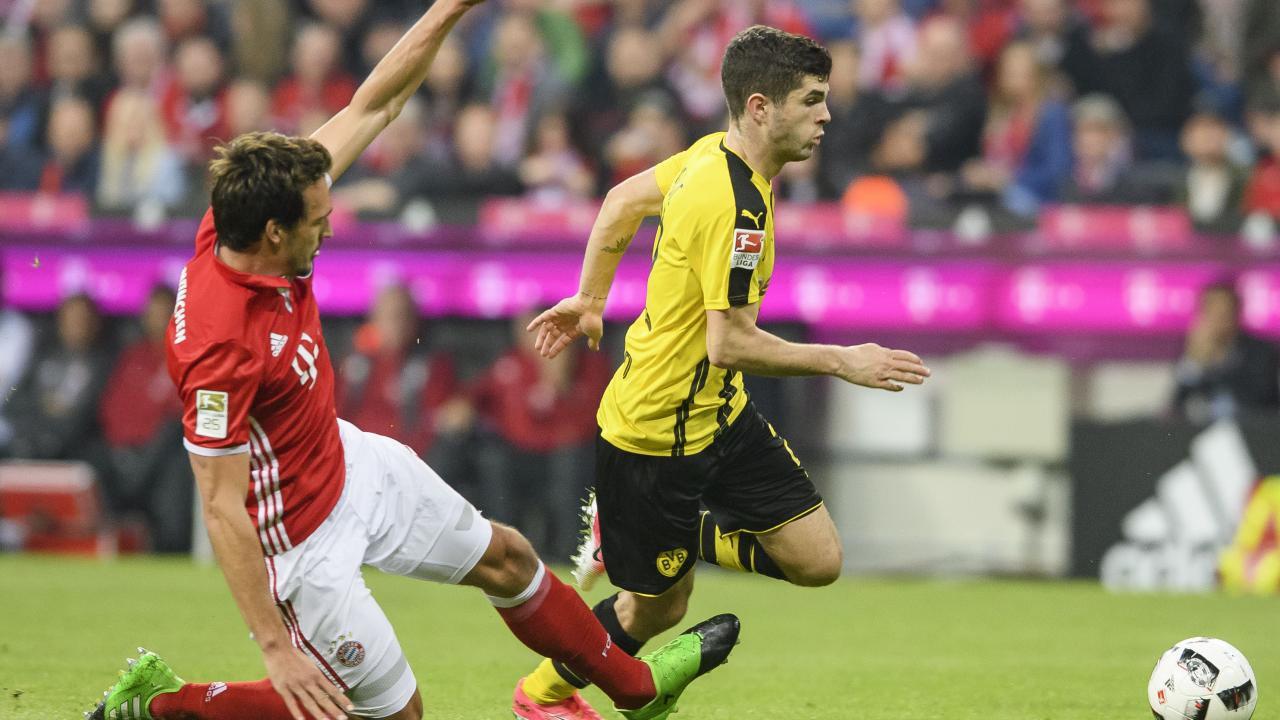 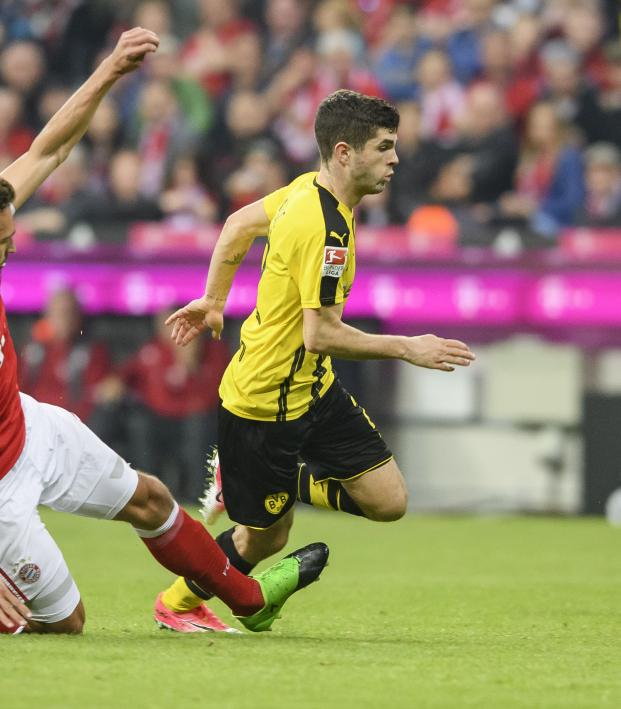 What’re you doing on Saturday? Hold that thought, because I’m about to decide for you. At 12:30 p.m. ET, Bayern Munich hosts Borussia Dortmund in a meeting that’ll go a long way toward deciding the Bundesliga title. That match will be broadcast on FOX, and it’ll lead directly in to coverage of Wayne Rooney’s D.C. United hosting Carlos Vela’s Los Angeles FC.

Both of these games are truly captivating, and again, they’re being broadcast on national television!

The Premier League title race is generating the most noise stateside, but Liverpool and Manchester City don’t meet head-to-head during the title run-in. That’s obviously not the case over in Germany, where the Allianz Arena will be an absolute madhouse come Saturday.

With seven matches to play, Dortmund holds a two-point lead over Bayern. Lucien Favre’s men held a seven-point lead over Niko Kovač’s charges as recently as Feb. 2, but a dicey run of form allowed Bayern back into the title race.

Bayern actually regained the summit on goal difference on March 9, but the Bavarian giants were held to a draw by Freiburg last weekend while Dortmund relied on a 90th-minute winner against Wolfsburg to reclaim top spot. The drama is insane, and it’s only building.

As winners of the last six Bundesliga titles, there’s an expectation that Bayern has the requisite know-how to shatter Dortmund’s dreams. However, the last side to clip Bayern to the title was BVB back in 2011-12.

Dortmund heads into the match with an injury crisis at left back following blows to both Abdou Diallo and Achraf Hakimi last weekend. Christian Pulisic is also out after suffering a thigh injury while on USMNT duty.

But is Marco Reus healthy? The answer is yes.

Ahead of Der Klassiker, Bayern has a DFB-Pokal quarterfinal against second division Heidenheim on Wednesday. Both David Alaba and Manuel Neuer have been dealing with injuries and didn’t train Monday, but their status for Saturday remains positive.

With regards to domestic competition, this might just be the match of the European season. But after that game is finished, don’t change the channel.

ARE YOU KIDDING ME WAYNE ROONEY?!

He scores his 4th goal of the year and puts D.C. United up by 2 against Orlando. pic.twitter.com/rV8ESb55Ga

Audi Field will be at its capacity of 20,000, and additional quality will be provided by United’s young Argentinean duo of Luciano Acosta and Lucas Rodriguez while LAFC boasts the prodigious Diego Rossi.