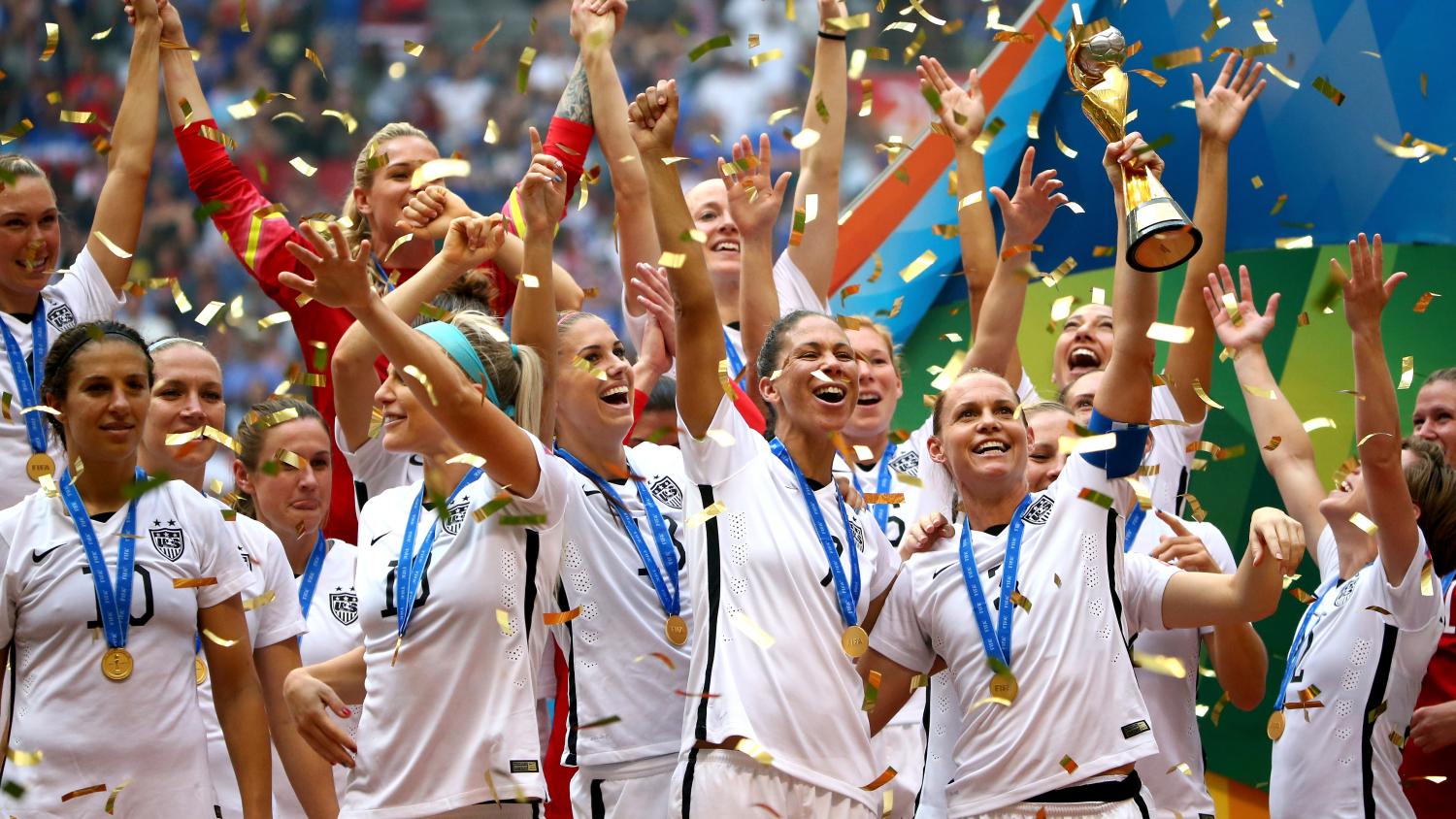 Three months out from the Women’s World Cup, the U.S. women are once again standing up for their rights.
Getty Images

A lawsuit filed on Friday accuses the United States Soccer Federation of “institutionalized gender discrimination.” The suit seeks back pay, damages and other relief, which could total millions of dollars.

NEWS: All 28 members of the world champion @USWNT this morning filed a gender discrimination lawsuit against U.S. Soccer in federal court. The suit is a class action, and could grow to include dozens of former members of the team. https://t.co/kFb7nHAd1P

The USWNT is claiming the gender discrimination affected paychecks, how often they played and trained, medical treatment, coaching and travel accommodations. The U.S. women’s team plays more matches and wins more of them, but is paid less than the U.S. men’s team.

In 2016, five members of the team (Alex Morgan, Carli Lloyd, Becky Sauerbrunn, Megan Rapinoe and the since-retired Hope Solo) filed a wage-discrimination complaint with the Equal Employment Opportunity Commission. The players sought and received a right-to-sue letter from the EEOC in February, which effectively ended the EEOC complaint.

The current lawsuit seeks class-action status to represent all players who have represented the USWNT since Feb. 4, 2015, not just the 28 current members.

The U.S. women’s soccer team is without a doubt the dominant power in women’s football. The team has won three of seven Women’s World Cups and four of six Olympic gold medals. While U.S. Soccer has done better than most countries to support its women’s team, it hasn’t always been enough, as the USWNT has long fought for higher pay.

In 2000, on the heels of the U.S. winning the 1999 Women’s World Cup in front of record crowds at home, the women boycotted a tournament in Australia over pay complaints. In 2016, U.S. Soccer had to file a lawsuit to prevent a similar boycott of the Rio Olympics, a tournament at which the USWNT finished fifth, its worst-ever showing.

In 2017, the USWNT agreed to a new collective bargaining agreement — the USWNT and USMNT have separate CBAs — that temporarily halted the push for absolutely equal pay to the men in exchange for better working conditions and commercial opportunities, plus a pay bump.

But two years on from that agreement, with a new CBA not up for consideration until 2021, the USWNT is again seeking equal pay.

Comparing the USWNT to the USMNT is tricky business.

The American men are paid higher bonuses for appearing for their country, but they aren’t paid a salary by U.S. Soccer, as the women are. U.S. Soccer subsidizes USWNT players’ NWSL salaries, with smaller match bonuses, making direct comparisons almost impossible.

This disparity leads to pay gaps all around the world. Yes, the men’s World Cup brings in far greater revenues, but FIFA is supposed to be a non-profit organization, so there’s no reason it can’t even out the prize money to promote the equality.

Pay equity in soccer must start with FIFA. But FIFA does not seem interested in solving this issue.

U.S. Soccer isn’t alone in its inequality, but there is a paragon to follow.

In 2017, Norway’s men’s national team signed an historic agreement to take a pay cut to ensure the women’s national team would receive equal pay. But even this wasn’t enough to convince the world’s best female player, Ada Hegerberg, from quitting the national team and opting out of playing in this summer’s Women’s World Cup because of gender discrimination.

On Saturday, March 2, the USWNT played against England wearing jerseys with the names of inspiring, influential women on their backs. Among the names on the backs of the jerseys was Supreme Court Justice Ruth Bader Ginsburg, a heroic figure in the fight for gender equality and women’s rights. By filing this suit less than three months before the start of the 2019 Women’s World Cup, the USWNT is following in the footsteps of RBG and sending a stern message to the USSF that it must be treated equally.