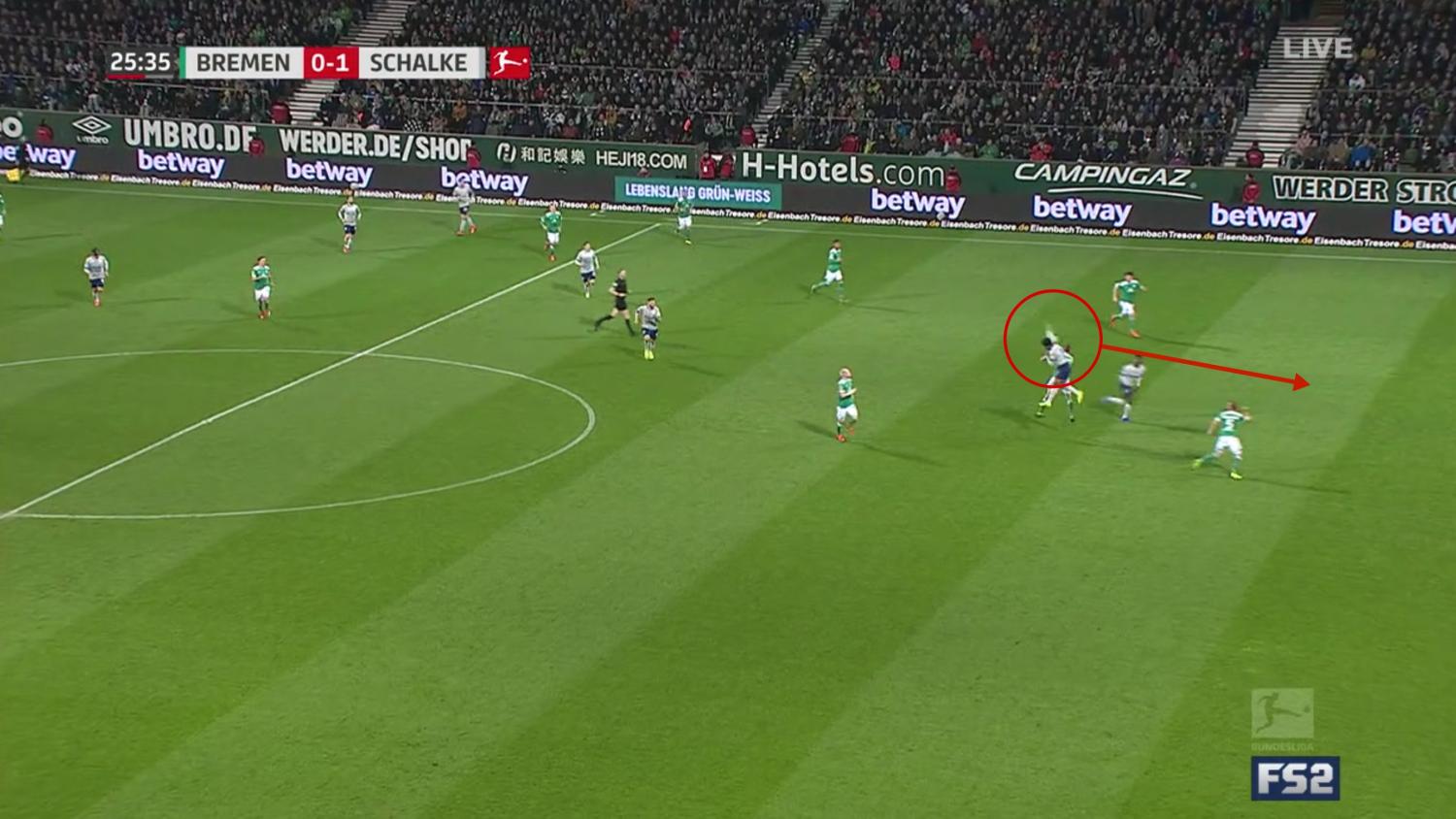 Weston McKennie notched another assist with his head to give Schalke a lead against Werder Bremen.
Screenshot: F2

Weston McKennie can kind of do it all. He’s lined up at just about every position for Schalke, from center back to forward, but he’s best deployed as a box-to-box midfielder given his mobility and awareness.

He’s also a really good header of the ball.

While most players use their leaping and heading abilities to score (Cristiano Ronaldo) or defend (Virgil van Dijk), McKennie takes another approach. He’s becoming adept at earning assists with his noggin.

Back in December, McKennie out-jumped everyone on the pitch to flick the ball on to fellow 20-year-old American Haji Wright, who netted his first Bundesliga goal.

The height McKennie reached compared to everyone else was simply stunning.

On Friday, McKennie did more of the same.

Playing on the road against Werder Bremen, McKennie returned to the starting lineup after missing a couple of games with injury. In a scoreless match, McKennie out-jumped Werder center back Niklas Moisander to spring Breel Embolo. While Embolo still had plenty to do (he brough the ball into his stride brilliantly), the Cameroonian striker would not have scored if not for the pass from McKennie.

We could get used to this. Tim Weah, Christian Pulisic and Josh Sargent probably can too. Sargent, it should be said, did not make the 18 for Werder Bremen against Schalke.

McKennie’s other two Bundesliga assists have not been with his head, but they’ve all come against teams in the top half of the league. In January he notched a game-winning assist by taking the ball from inside his own half and setting up Daniel Caligiuri against John Brooks’ Wolfsburg. Then in February, he played a brilliant through ball from his own half to Ahmed Kutucu, who scored against Bayern Munich.

But we love the header assists more. There’s just something that says ‘Murica about them.

Unfortunately for Schalke fans, Werder Bremen won the match 4-2 despite McKennie playing all 90 minutes. Schalke remained four points above the drop zone despite playing the first game of the Bundesliga weekend. Werder jumped up to eighth.