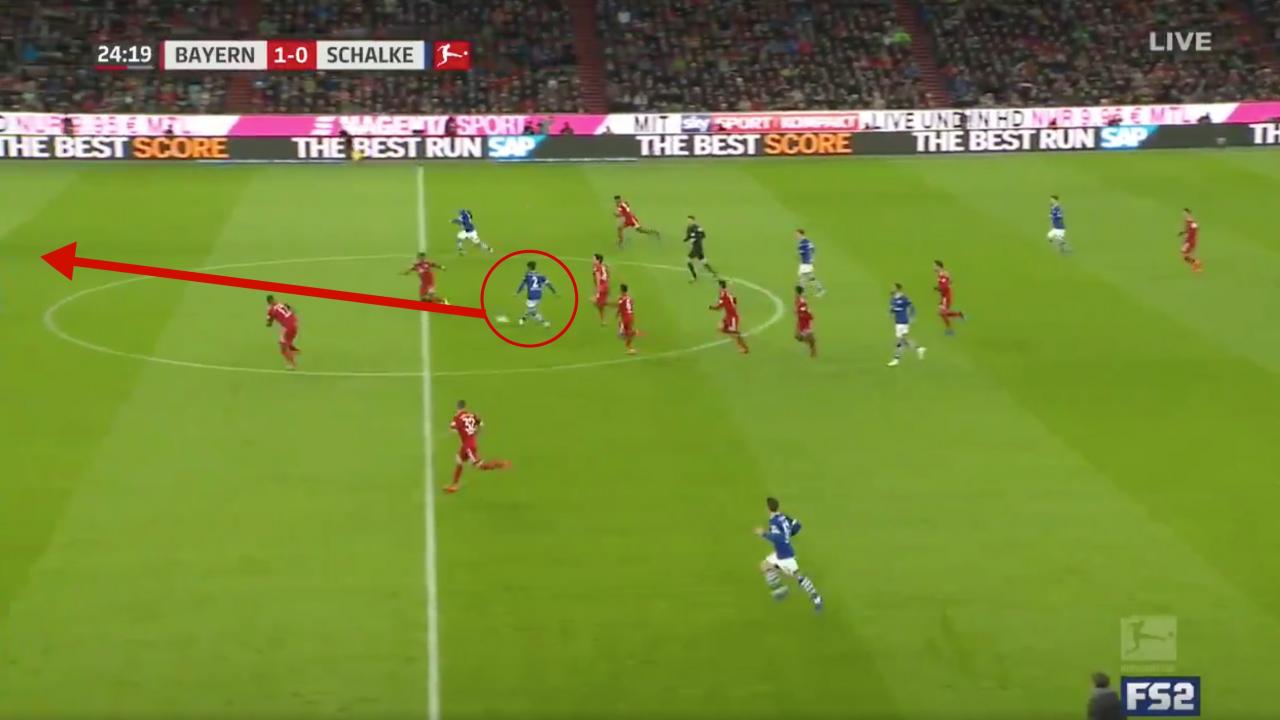 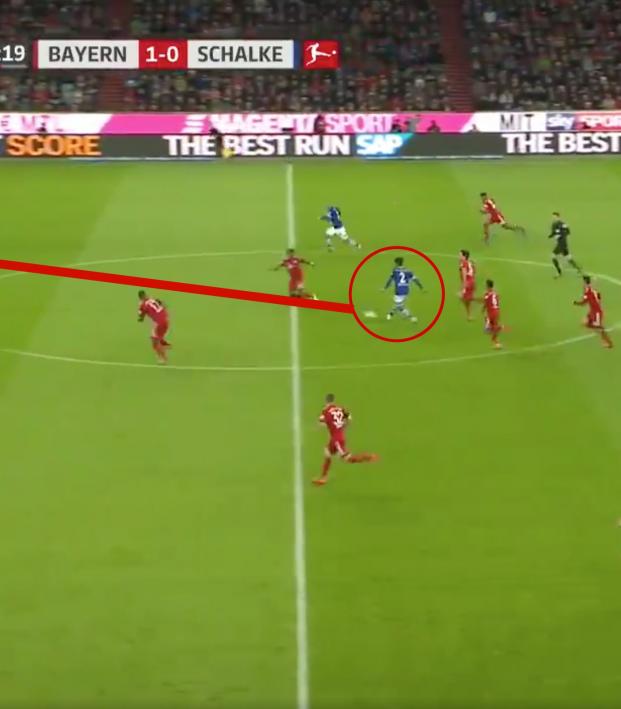 Travis Yoesting February 9, 2019
Bayern Munich crushed Schalke 3-1 to pull within five points of Borussia Dortmund, despite one sublime contribution from the 20-year-old Texan.

After Borussia Dortmund blew a three-goal lead to draw with Hoffenheim earlier in the day, Christian Pulisic was probably hoping to get some help from his USMNT teammate Weston McKennie vs Bayern Munich in the late Bundesliga match on Saturday.

The Schalke midfielder had one great moment that had Dortmund and Schalke fans both thinking the Royal Blues could slow down Bayern. But it wasn’t nearly enough as the home side dominated the rest of the match on the way to a 3-1 victory at the Allianz Arena in Munich.

Goals from Robert Lewandowski and Serge Gnabry — plus an own goal by Jeffrey Bruma 10 minutes in — pulled Bayern Munich to within five points of Dortmund, which led 3-0 on Saturday before Hoffenheim scored three goals in the final 15 minutes for a 3-3 draw. Pulisic was left on the bench for the entirety of the match, which is obviously the reason BVB choked away the lead.

But in Munich, Bayern was on the front foot from the opening kick, resulting in this unfortunate own goal by Bruma.

Despite constant pressure from Die Roten, Schalke was able to equalize in the 25th minute with a well-worked counterattack sprung by none other than McKennie. The 20-year-old Texan midfielder played a perfect through ball for Ahmed Kutucu, and the 18-year-old German showed marvelous composure to spot goalie Sven Ulreich and find the back of the net.

Oddly, the play never would’ve happened had McKennie not had a heavy touch at the start of the counterattack, not that Schalke (or USMNT) fans will complain.

Two minutes after McKennie’s assist, Lewandowski became the first player to score 100 goals at the Allianz Arena after an awful turnover from Schalke in its own half, quickly restoring Bayern's lead.

In the 53rd, McKennie should have had another assist but for a save from Ulreich. The American picked up the rebound and struck the post with his shot, but he would have been flagged for offside had it gone in.

Moments later, Gnabry put the match away, the former Arsenal man heading in a wayward attempt on a bicycle kick from Lewandowski.

Bayern absolutely bossed the match, finishing with more than 70 percent possession and more than twice as many shots as Schalke, which actually had more attempts on target (5-4).

Bayern’s win means the title race is back on in the Bundesliga. Mark you calendars for the Dortmund-Bayern match on April 6 at Allianz Arena.