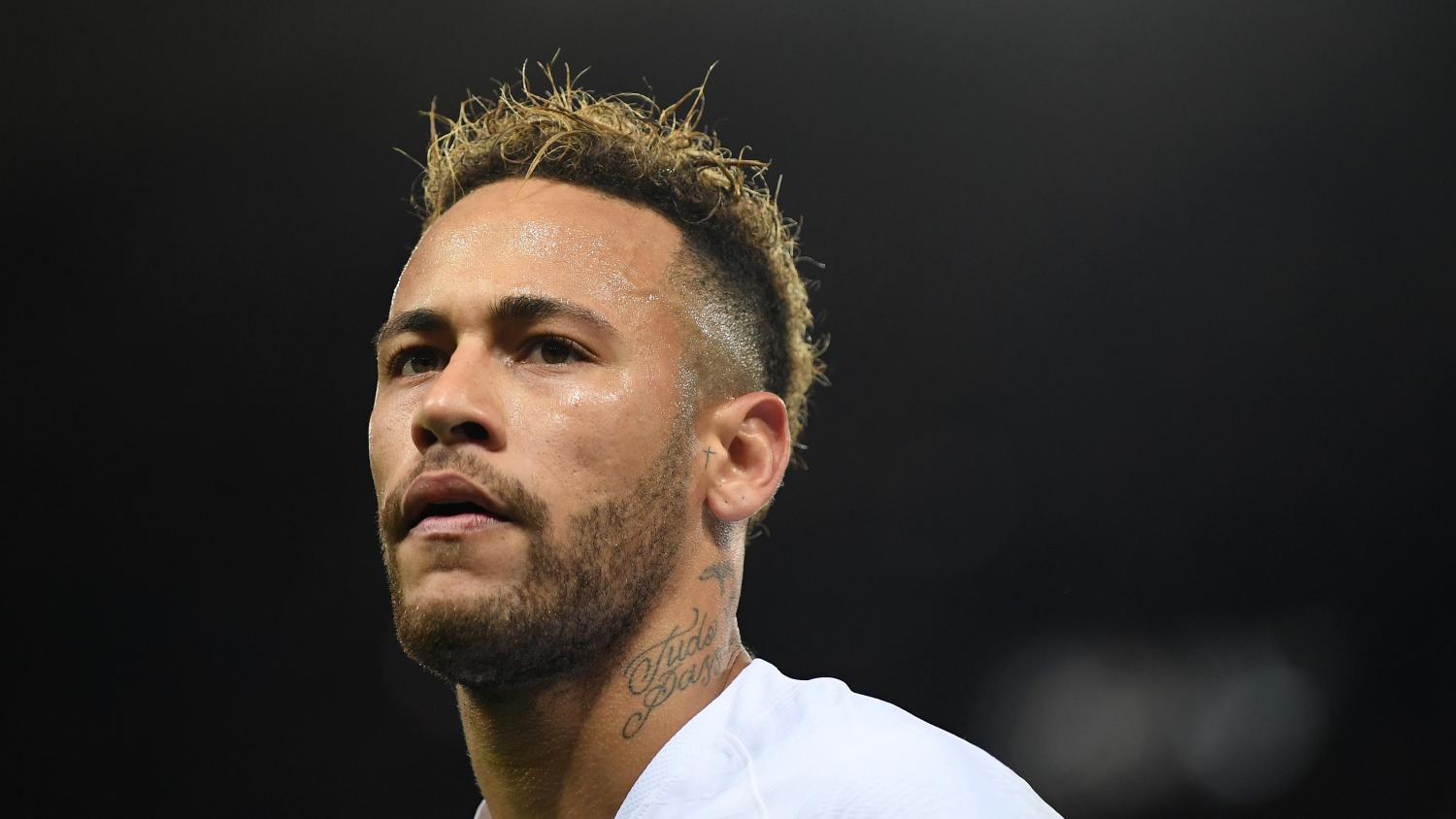 He was also reportedly restrained by PSG staff after trying to confront the referee after the final whistle.
Getty Images

As Manchester United wildly celebrated two ludicrously self-inflicted PSG errors and a contentious, VAR-influenced handball decision to advance to the last eight of Europe (we won’t begrudge Red Devil supporters after the life and times of David Moyes, LVG and Jose Mourinho, but if you thought Liverpool fans were getting annoying with the EPL title at hand, this is a stern reminder that United’s fanbase is built of the exact same stuff), PSG was left to rue another night of historical ineptitude.

Presnel Kimpembe — the 23-year-old defender who was left shattered after taking Diogo Dalot’s errant shot to the arm — had to be consoled by United striker Romelu Lukaku.

While his teammates wheeled off in wild celebrations...

A touch of class pic.twitter.com/G0jYJLK2UU

Edinson Cavani — the man who’s been an ever-present force for PSG since arriving in 2013 — was left to pulling his fallen comrades off the pitch after only being introduced at the 90+5’ mark.

For those not actually on the pitch, the sadness of the defeat quickly turned to anger. Neymar, watching the match from his private box alongside Fortnite person Ninja, immediately posted his reaction on an Instagram story.

“That is a disgrace!” he wrote. “And UEFA still pick four guys who know nothing about football to review the VAR decision in slow motion… that handball simply doesn’t exist! How do you handball behind your back? Ahh.. go fuck yourselves.”

According to other reports, Neymar had to be restrained by PSG staff after he tried to confront the referees following the defeat. He could potentially be banned for up to three UEFA competition matches following the outburst.

It was at this point Neymar knew PSG were royally fu**ed pic.twitter.com/90fIz7zLgD

The reaction from PSG president Nasser Al Khelaifi was just as extreme. Perhaps a bit pissed at having gotten nowhere in the competition despite spending nearly $1.5 billion, Al Khelaifi “almost wrecked a door in fury.”

Al Khelaifi, of course, is making a subtle reference to the litany of calls that also went against PSG at the Camp Nou back in 2017, including two controversial penalties for Barca, a blatant foul by Javier Mascherano on Angel Di Maria inside the area that was ignored by the ref and Mascherano handling a cross in the box that also went uncalled. The PSG president certainly has a point.

“It was a big decision, a cruel decision, but it’s difficult. There are reasons he can give the decision. It’s always soft facts with hands,” he said. “The shot is not a big, big chance. It’s wide, then suddenly it’s a penalty. … For a shot that was going 50 meters over the bar to get a penalty from 11 meters, there is no logic in that. … They had three goals without attacking, without creating a chance. It’s hard, maybe impossible to analyze this.”

But the man who summed it up best is defender Marquinhos.

“We had to give everything on the pitch. Now it’s over, we cannot say ‘You had to do that, you had to do this.’ There are still details, and it’s always the case at the high level. I think it’s a good time not to talk too much. As we say in Brazil, it’s time to eat our own shit.”