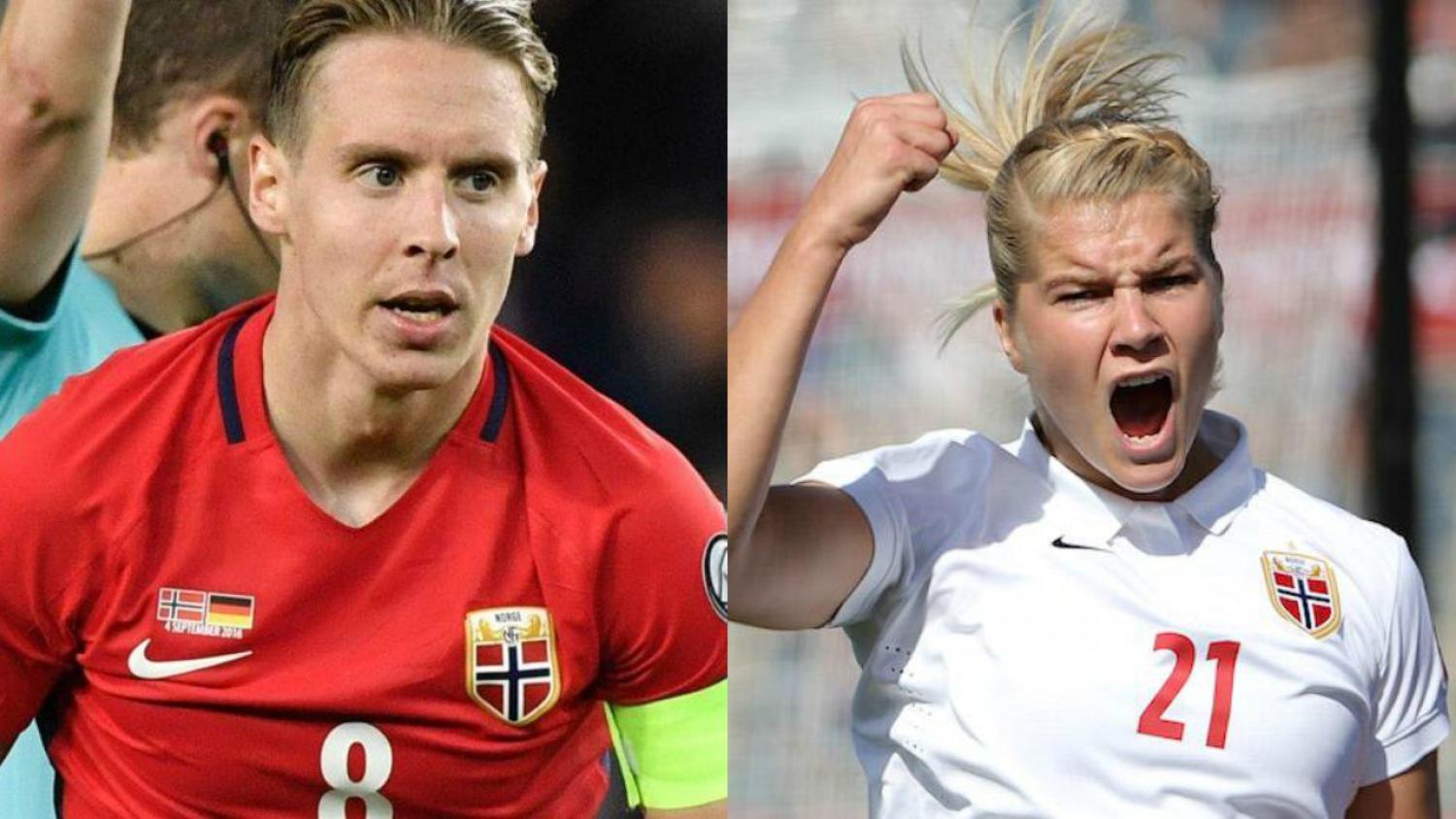 Beginning in 2018, Norway will become to first federation to pay their men’s and women’s teams equally.
@NettavisenSport | Twitter

According to a report from Norwegian broadcasting company NRK, Norway’s men’s national team has agreed to a pay cut with the money then going to the women’s side, resulting in equal pay from the Norwegian soccer federation beginning in 2018.

In January of 2016, Lyon striker and Norwegian international Ada Hegerberg was awarded the 2015 Norwegian Gold Ball, becoming the first woman to win the award given to the best footballer in Norway in 20 years.

“The ladies are as important as us,” said Norway men’s captain and midfielder Stefan Johansen. “It is a deal where we have taken part of our cut and given it to the women’s side.”

This was maybe a small thing for you to do for us. This will maybe not show in your monthly wages. This was maybe an obvious move for you to do! This though means everything for us! For our team! For our sport! But not at least for all the female athletes out there, who does the same work, same sport as men's do, but get paid less! For you to say that equal pay is how it should be, makes me wanna cry! Makes me Wanne hug you all! Thank you for making this step for female athletes. For showing equality and for helping us all, making it a bit easier, to chase our dreams. To make them come true! RESPECT #equalgame #equalpay

According to numbers cited by The Guardian, the remuneration pot for the women has nearly doubled from $386,864 to $750,203 with a large portion coming from the contribution made by the male players, money previously generated for the men's team by way of commercial activities.

“Norway is a country where equal standing is very important for us, so I think it is good for the country and for the sport,” said Norway players’ union boss Joachim Walltin. “For the girls, it will certainly make a difference. Some of them are actually working and studying, as well as playing football, and it’s hard to improve then.”