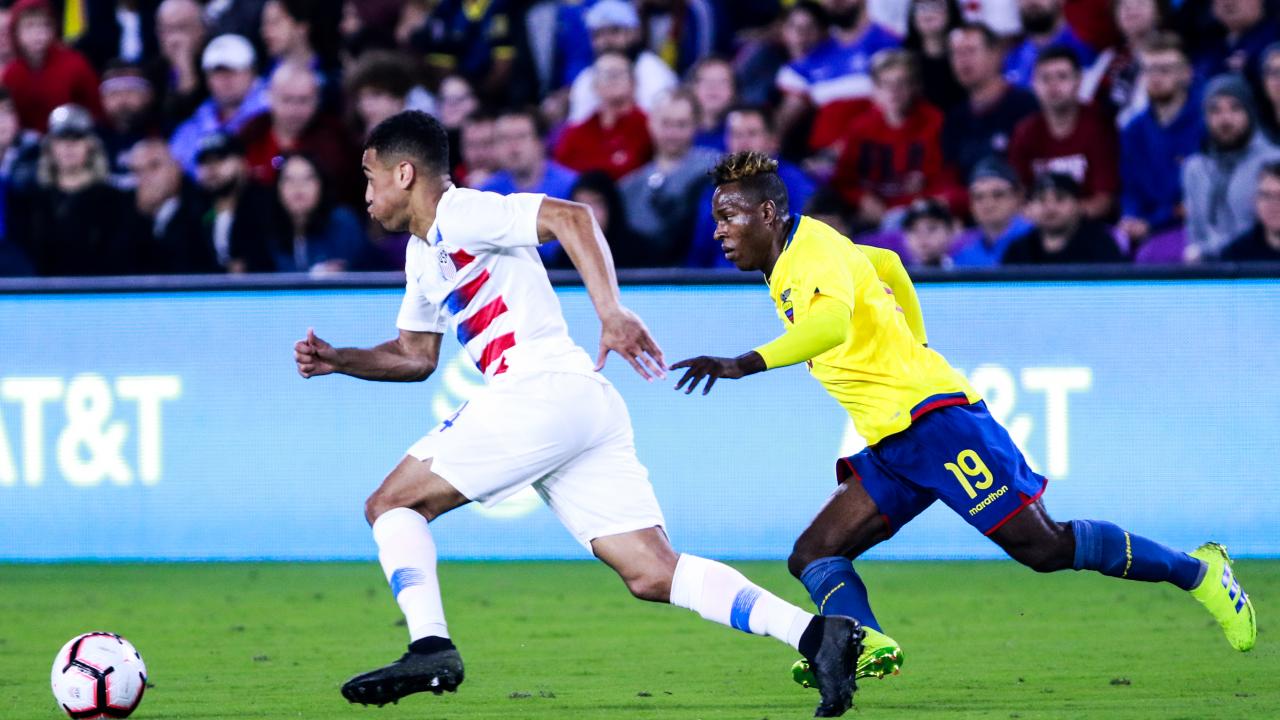 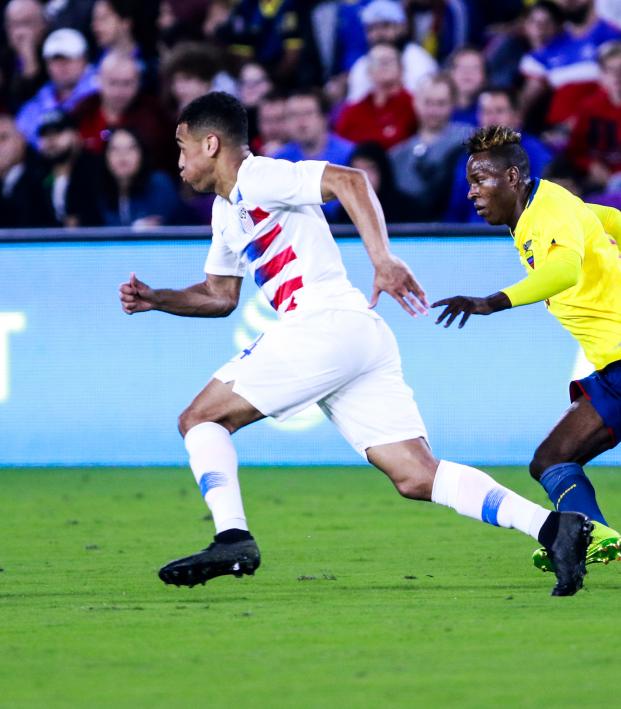 Gregg Berhalter’s first match as USMNT coach with a full (well, almost full) complement of players during a FIFA international window on Thursday against Ecuador gave Americans their first true glimpses at how the new boss is shaking things up with the national team.

A 1-0 win in Orlando, Florida, wasn’t undeserved, though it came on a bit of a fluky goal. But what stood out the most in the match — at least for yours truly, the only one who really matters since I’m the one writing what you’re reading — was the positioning of Tyler Adams.

Adams, who turned 20 on Valentine’s Day, joined RB Leipzig in the Bundesliga this winter after a stellar campaign with the New York Red Bulls. After an awkward introductory press conference, he made a dream debut, going the full 90 in a 4-0 win.

Despite his age, he’s become a regular in midfield for RB Leipzig, currently third in the Bundesliga.

With the Ecuador friendly the first time Adams, Christian Pulisic and Weston McKennie — all 20-year-olds starting for top teams in Germany — it was always going to be interesting to see how Berhalter lined that trio up.

But we didn’t expect this.

In the lead-up to Thursday’s match, Berhalter said he wanted to deploy Adams as a right back. This seemed odd considering one of the most experienced players on the squad is Newcastle United right back DeAndre Yedlin; Berhalter moved him to winger. It also seemed odd considering if you were going to move any midfielder to right back you’d think it’d be McKennie, who has seen time there with Schalke (along with just about every other position outside of goalie).

When asked why Adams was put at right back instead of McKennie, Berhalter responded mostly by saying McKennie was too valuable elsewhere. He didn’t say much about why Adams was moved to right back except to say he has traits that work well at that position.

So why exactly is Tyler Adams playing as a right back?

About 20 minutes into Thursday’s match we got a clue to Berhalter’s thinking.

After a frenetic start in which the U.S. came close to scoring a couple times, the game settled down and Adams began making his imprint on the game.

While Berhalter nominally aligned the U.S. in a 4-2-3-1 with Pulisic as a No. 10 and McKennie and Wil Trapp holding down the midfield, the lineup had two different looks depending upon whether the U.S. was on offense or defense.

On offense, when given time and space, Adams would move from right back to holding midfielder, linking with center backs John Brooks and Aaron Long (who were fantastic) to start the attack. Left back Tim Ream, who has played plenty of center back throughout his career, would help shift over as well to balance the defense.

The reviews from the randos on Twitter were mixed.

Tyler Adams is a Barcelona level talent and I'm not even remotely kidding. Top tier talent who is going to make RB Leipzig a ton of money sometime soon.

Tyler Adams playing RB seems like a complete and utter waste of talent. Especially when we have Yedlin. This better not be one of those stupid fucking coaching decisions that never makes sense but always sticks.

But the non-randos (at least, those with verified accounts) were enamored with the 20-year-old’s performance.

Tyler Adams was the best player on the field and it wasn't even close pic.twitter.com/NJ8uScFCji

Thoughts on tonight’s @USMNT match?? Tyler Adams was our best player. Will Trapp a close second IMO. Ecuador made it boring by sitting so deep. Excited to see some different guys in GB’s system against Chile next week.

In reality (as in, outside of Twitter), the hybrid position worked brilliantly, thanks in part to Ecuador sitting deep for much of the match, allowing Adams the time to make the shift.

Taylor Twellman calling the game on ESPN2 squealed in fear that it would leave the U.S. defense exposed on the right side, but Long proved more than adept at shutting down any attacks down that flank when Adams pushed forward. Ecuador has as much speed as any team, but it couldn’t exploit the gaps.

This tactic isn’t completely novel, though Berhalter has put his own spin on it.

Legendary German Franz Beckenbauer essentially invented the libero position where a defender spurs forward in attack. Folks like Bastian Schweinsteiger and even Michael Bradley have tinkered with the role in MLS. But usually these are center backs surging up the middle, not a right back zipping over to the middle of the park.

Would this work in big matches? Can it be a workable strategy going forward?

It’s too early to say.

At 20, Adams has the energy, speed and desire to make the hybrid position feasible. Opposing coaches, of course, will catch on to the tactic and try to exploit it with quick wingers. And changing the position of one of your other best players (Yedlin) isn’t ideal. But Jurgen Klinsmann already proved Yedlin is a capable winger. Yedlin might be better than Morris on the right after Morris looked very much like a player who came through the college ranks on Thursday with the first touch of a monster truck despite his great start to the MLS season.

Personally, I’d like to see the tactic a little more before making a final decision — and presumably that’s Berhalter’s point of view too.

“It may not work exactly how we have planned and we’ll have to adapt,” Berhalter said earlier this week. “But I think in theory it’s something worth trying.”

So far it looks like it’s worth continuing the experiment. If nothing else, it shows Berhalter is willing to think outside the box.

The U.S. beat a good Ecuador team thanks to a late goal from Gyasi Zardes, which took a massive deflection.

ON THE BOARD! A @gyasinho strike puts the #USMNT in front!  pic.twitter.com/rxLdlWkZMG

The USMNT is now 3-0 under Berhalter, with a friendly against Chile in Houston on Tuesday. We won't get another chance to see Adams at right back after he left the team to rejoin RB Leipzig.

Maybe next time out he’ll line Michael Bradley up as a No. 9.