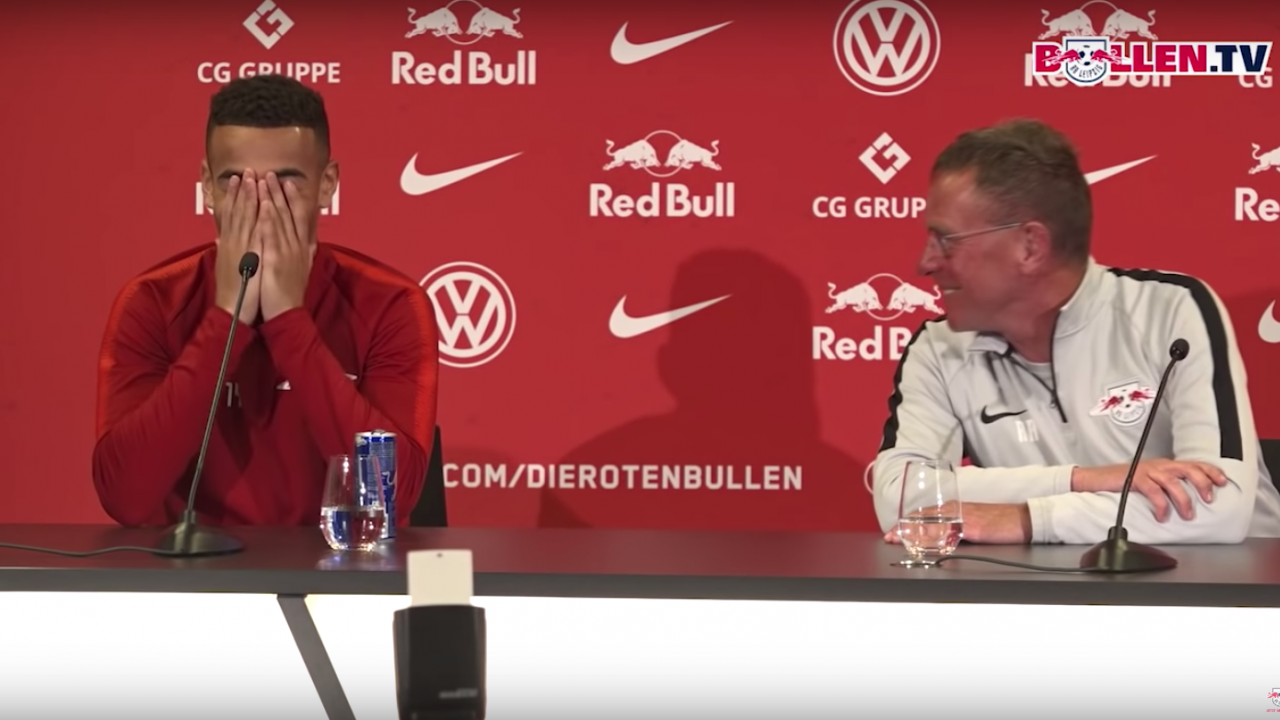 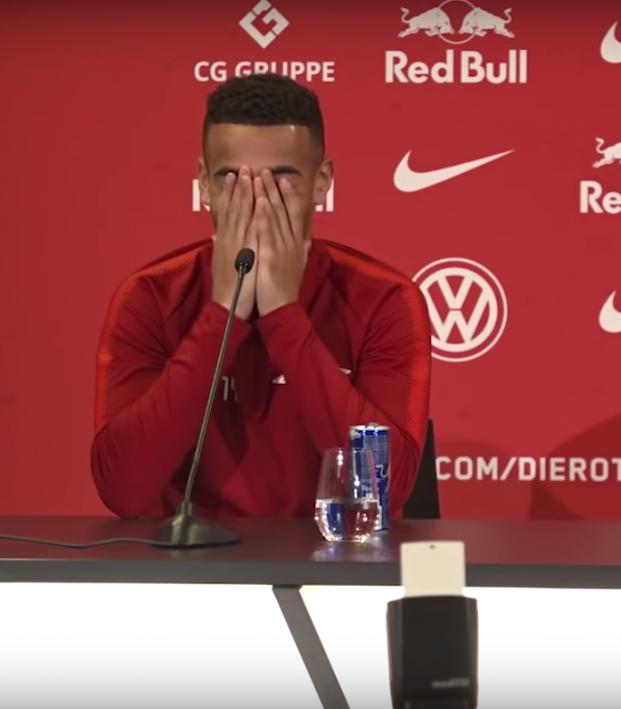 Tyler Adams officially began life in Germany this week, the 19-year-old American’s move from New York Red Bulls to sister club RB Leipzig now complete. On Friday, he trained with the club for the first time. Afterword, he joined manager Ralf Rangnick at his introductory press conference, meeting the German media for the first time.

The presser included some pretty typical questions ranging from his strengths on the pitch to what he likes to do off the pitch. But the softball nature of the questions quickly became awkward when someone ask Adams about his girlfriend — or perhaps lack thereof.

Adams is considered by many to be the future of the USMNT midfield. He won’t turn 20 until Valentine’s Day, but he already has nine caps and one goal in one of the most important positions on the pitch.

Adams joins a growing contingent of young Americans playing in the Bundesliga. While 20-year-old Christian Pulisic will be moving to Chelsea at the end of the season, the league also has Weston McKennie (Schalke, 20), Haji Wright (Schalke, 20) and Josh Sargent (Werder Bremen, 18), to name a few.

Adams hopes he can start his career in Germany as well as the other Americans, who have all scored this season. His first training session with the club appeared to go well, though he did have to change cleats halfway through after slipping a few times on the cold surface.

Here is Tyler Adams in training for the first time as a Bundesliga player, taking some silky smooth touches and looking lively. pic.twitter.com/rkxykSM97I

Back inside, the Leipzig media seemed a little excited to have an American of their own to talk to, aside from RB assistant coach Jesse Marsch, the former New York Red Bulls head coach.

Translated: Hello, I’m Tyler. I am very happy to be in Leipzig.

From then on, it was all English for the American and most of the German media.

On and off the pitch, it's straight to work for @tyler_adams14 at RB Leipzig

Again, the questions lobbed to the 19-year-old were surprisingly friendly, like what you’d expect from a town much smaller than Leipzig’s half-a-million population. He was asked about his knowledge of the Bundesliga, the other Americans in the league, if he has had time to tour Leipzig and if any of his family came with him to Germany — all while Adams sipped on a Red Bull to stay on brand.

Some of the press conference sounded like Adams giving a spiel on a dating website. We learned that Adams is taking classes at Southern New Hampshire University through the school’s partnership with MLS, which he’ll continue to do while in Germany (it’s an online school). We also learned that Adams enjoys photography and walks in nature.

Then we learned that, contrary to watch Marsch knows, Adams has a girlfriend.

It was kinda awkward.

The line of questioning began with someone asking about his love life.

“Tyler, Jesse told me you have no girlfriend,” a reporter asked. “Is it an advantage for you to…”

At this point, the reporter slipped into German, unsure of the word he was looking for and I couldn’t quite pick out what he was trying to ask. But when Rangnick translated to Adams below audibility of the microphones, Adams simply buried his face in his hands and smiled out a “No comment.”

But that wasn’t the end of it.

Rangnick didn’t let the matter rest, later telling young Adams the best way to learn German is to have a German girlfriend.

Looks like Ralf Rangnick is already getting to know @RBLeipzig_EN's new signing @tyler_adams14 quite well!  pic.twitter.com/v3gVaOf58X

Adams, it turns out, has a girlfriend, and she is German, kind of. This unknown Tyler Adams girlfriend is an American whose grandparents are German, so she doesn’t actually speak German like Rangnick and the Leipzig media were hoping. Adams later clarified (prompted by another question from the media) his girlfriend still lives in the states and isn’t planning to come to Germany right now. (No pressure to this poor girl, who had no idea she’d be the subject of a press conference halfway around the world.)

You can check out the entire press conference below. It gets awkward around the 7:19 mark.

Let’s hope Tyler Adams’ career in Germany goes less awkwardly than his introductory press conference. And that his girlfriend appreciates being the main talking point of a press conference that probably should have focused more on soccer.