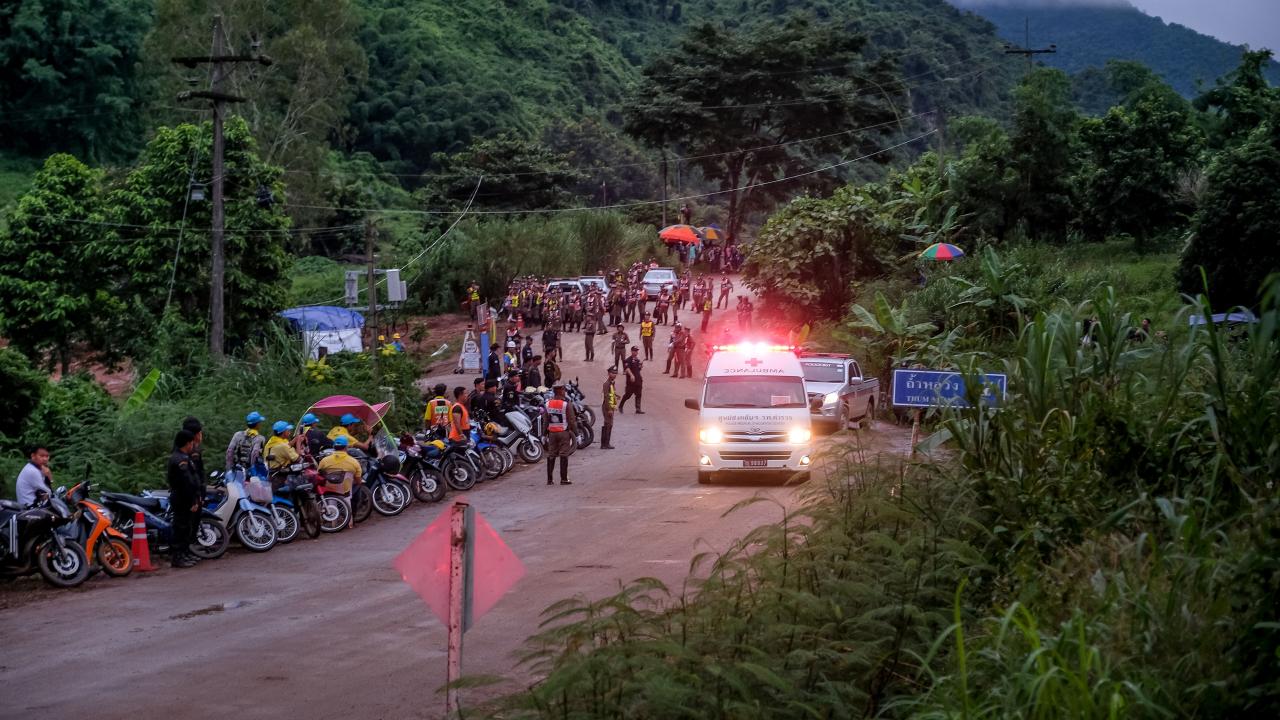 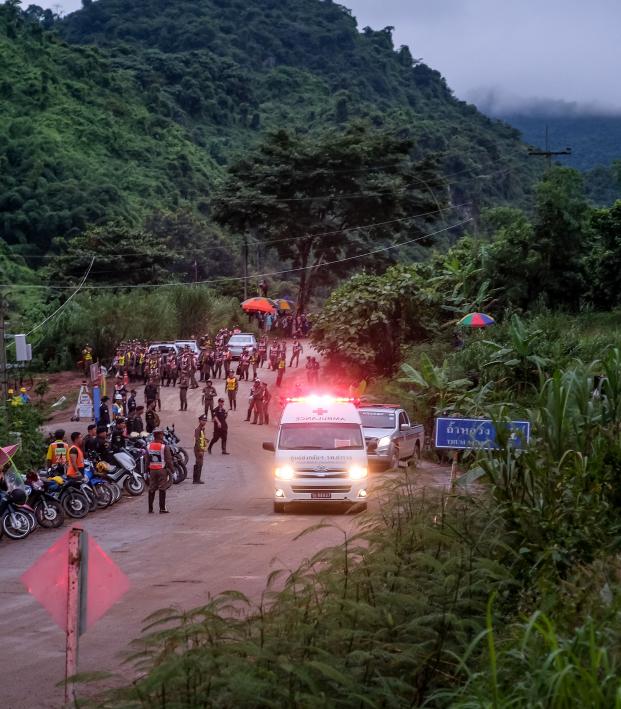 Connor Fleming July 10, 2018
The 18-day search and rescue operation was brought to a close today after all members of the Wild Boars team were successfully rescued.

The final day of the dramatic cave rescue operation in northern Thailand has come to a close after the final four boys and their coach were successfully freed from the Tham Luang cave complex, following on from the two previous days in which eight members of the Wild Boars soccer team had been successfully rescued by a team of elite divers.

The soccer team is now receiving praise for its mental fortitude from all corners of the globe, while the large, international rescue team — spearheaded by the Thai Navy Seal unit — is being thanked for its selfless sacrifice in the efforts, none more so than ex-Navy Seal diver Saman Kunan, who lost his life in a flash flood after delivering air tanks along the route to the boys.

The best football news of the summer – ALL 12 young Thai players and their coach have been rescued after being trapped in a cave in Thailand for two weeks.

Our thoughts are with the family of ex-Navy SEAL diver Saman Kunan who died after delivering the boys oxygen. A real hero pic.twitter.com/UKW5tXfGei

According to a physician from the Thai ministry of public health, the eight boys rescued on Sunday and Monday all had low temperatures when they arrived and two had signs of pneumonia, but all were “cheerful.” The first four boys have seen their parents through a glass window, but the team must remain isolated for now at the risk of infection.

The boys had been invited by FIFA to attend the World Cup final, but they must remain in the hospital for at least seven days (not that other offers from around the world aren’t on the table.)

Breaking: Fifa expresses “its great joy at the news of the rescue of the 12 young footballers and their coach.”
Confirms due to medical reasons “the boys will not be in a position to travel to Moscow for the World Cup final. Priority remains the health of everyone involved.”

In all, the traumatic ordeal lasted 18 days. Here are some other messages from around the world.

Great news that they made it out safely. Congratulations to an outstanding rescue team!

On behalf of the United States, congratulations to the Thai Navy SEALs and all on the successful rescue of the 12 boys and their coach from the treacherous cave in Thailand. Such a beautiful moment - all freed, great job!

Delighted to see the successful rescue of those trapped in the caves in Thailand. The world was watching and will be saluting the bravery of all those involved.

Today, hope, compassion, and courage has won. Warmest wishes for a speedy recovery to all of you brave boys from your friends in Iceland. #ThaiCaveRescue

According to the Wall Street Journal, the Wild Boars team, comprised of 12 boys between the ages of 11 and 16, ventured into the cave after finishing a weekly soccer practice on Saturday, June 23. The boys were accompanied by their coach, and they’d been inside the complex cave network before.

However, this time they ventured further into the cave to write their names on the wall as part of an initiation. After they’d ventured into the cave, heavy rain caused flooding and the rising water prohibited them from exiting, eventually leading them to the ledge they were found on after nine days missing.