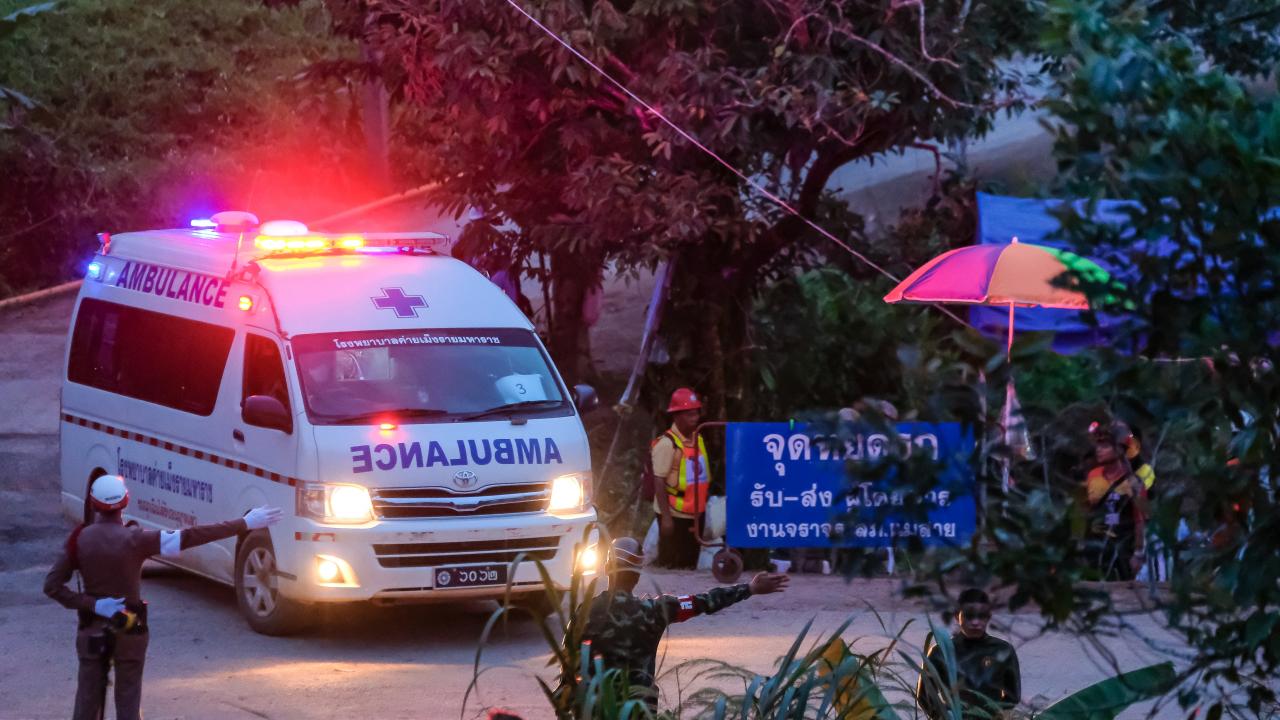 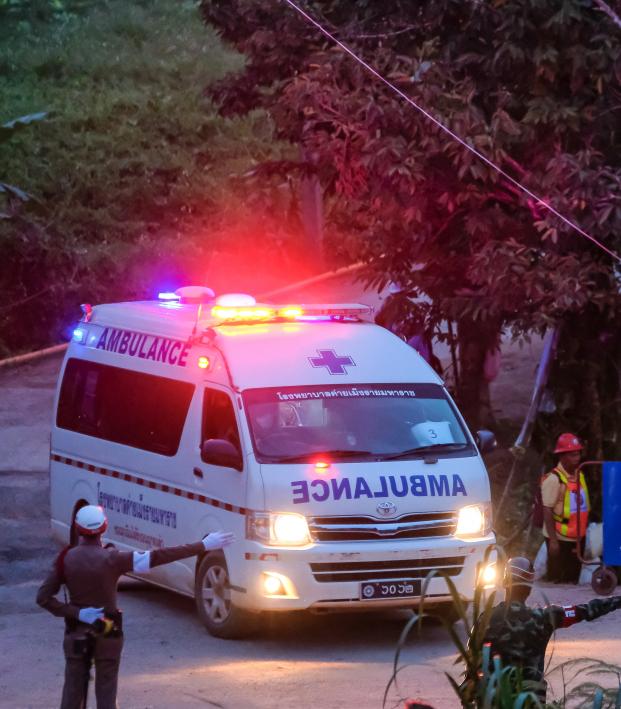 4 More Out, 5 To Go In Thai Soccer Team Cave Rescue

After expert divers rescued four members of the Wild Boars soccer team yesterday during a dramatic operation inside the Tham Luang cave complex in Northern Thailand, Thai navy seals confirmed that an additional four boys had been rescued Monday. A further four boys and their coach remain, but the threat of monsoon rains re-flooding the cave has been downgraded as the chance of rain over the next couple days is low, according to forecasters.

The identities of the boys have not been revealed, but they’re all being treated at a hospital in Chiang Rai. The boys are then being kept in isolation to avoid the risk of infection after spending over two weeks trapped inside the cave.

Yesterday, 13 foreign divers and five Thai navy SEALS were heavily involved in escorting the boys from the cave — including a difficult underwater stretch made all the more difficult by the boys’ lack of diving experience. It’s being reported that many of the same divers who helped to rescue the first four boys were again heavily involved in today’s work.

The first eight-hour rescue operation was completed Sunday and recommenced today with a plan of rescuing four boys per day. The rescue teams must now replenish the supply of oxygen tanks along the route to ensure the safety of the journey.

According to the Wall Street Journal, the Wild Boars team, comprised of 12 boys between the ages of 11 and 16, ventured into the cave after finishing a weekly soccer practice on Saturday, June 23. The boys were accompanied by their coach, and they’d been inside the cave before.

However, this time they ventured further into the cave to write their names on the wall as part of an initiation. After they’d ventured into the cave, heavy rain caused flooding and the rising water prohibited them exiting, eventually leading them to the ledge they were found on after nine days missing.