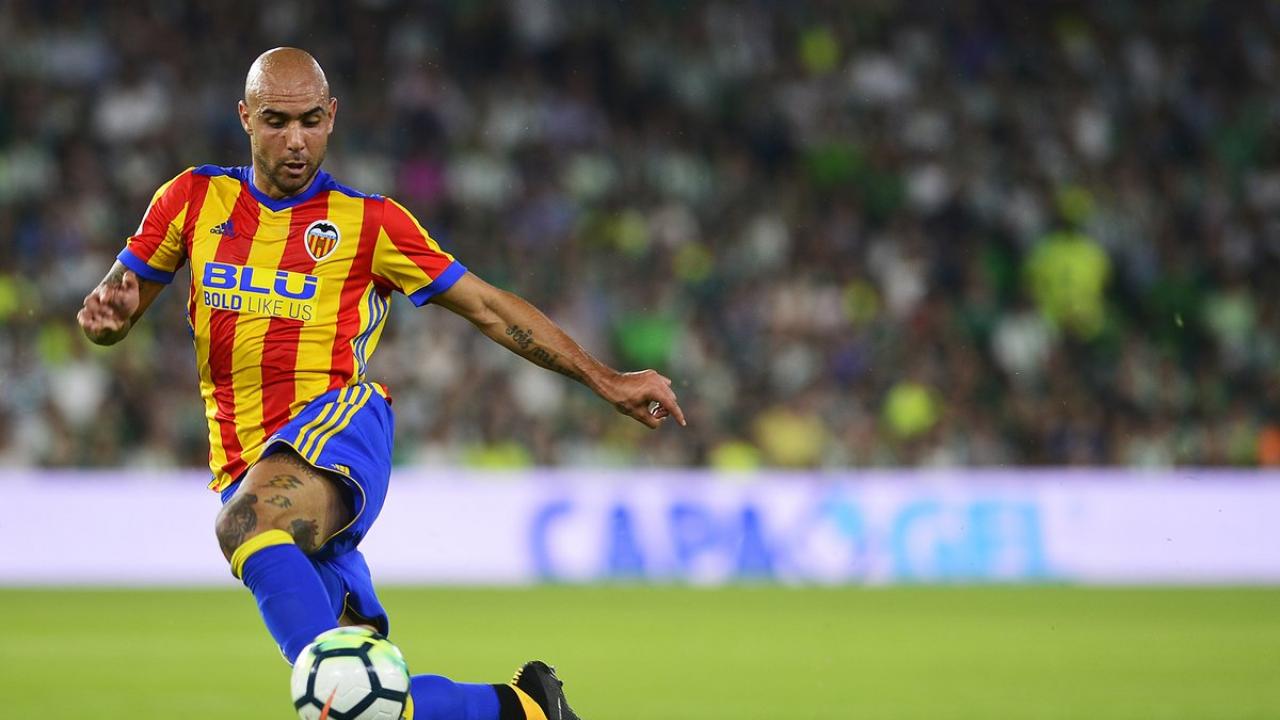 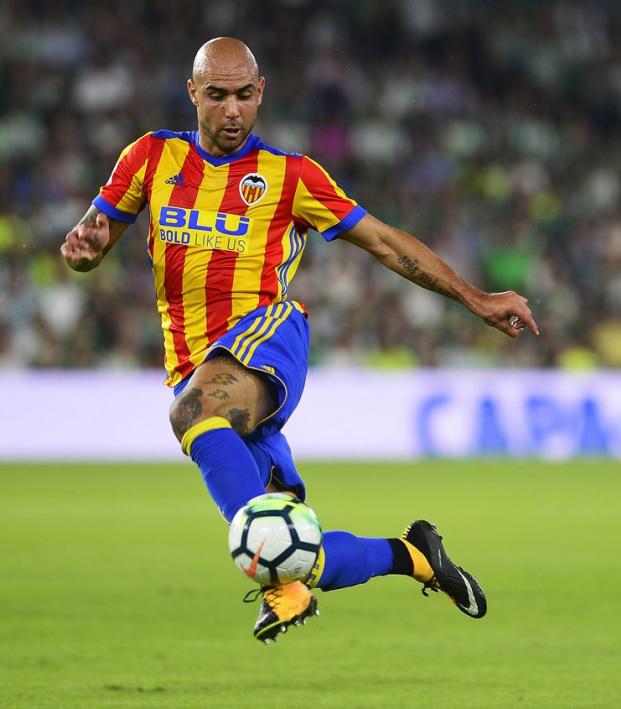 Simone Zaza: From Crap PK To Lighting Up La Liga

Travis Yoesting October 24, 2017
Once the laughing stock of the world, Zaza has more La Liga goals than Ronaldo, Benzema, Asensio and Isco combined.

Most people remember Simone Zaza for what was probably the worst moment of his life. Left for dead after a pedestrian loan spell with West Ham, the Italian forward is reinventing himself with Valencia, having scored eight goals in nine La Liga appearances this season, second only to Lionel Messi’s 11.

It’s hard to forget Zaza’s initial brush with worldwide fame. In the quarterfinals of Euro 2016, Zaza was brought on explicitly to take a penalty in a shootout against Germany. After twinkling his toes in an overelaborate run-up, Zaza blasted the ball into outer orbit.

The shot was widely mocked because of his pre-kick antics and the fact he came on in the 120th minute presumably because he was good at taking penalties. He was soon loaned out from Juventus to West Ham but proved to be less effective than preaching abstinence on prom night. He finished his tenure in England having scored exactly zero goals in 11 appearances, putting two shots on target. This clip appropriately sums up Zaza’s stint with West Ham:

Simone Zaza was chosen player of the month at La Liga and this is the most West Ham thing ever.
Video: @WestHamSocial#COYI #WestHam pic.twitter.com/UDTiFlgCRu

In January, Zaza left West Ham and was loaned out to Valencia. After scoring six goals in 20 appearances, the Spanish side bought Zaza from Juventus for $18.8 million and it’s proving to be a brilliant buy.

Zaza was given La Liga’s Player of the Month award for September. Through nine matches, Zaza has eight goals, more than Real Madrid’s Cristiano Ronaldo, Isco, Marco Asensio and Karim Benzema combined. Yeah, take a moment with that one.

More significantly, Valencia sits in second place in La Liga with 21 points for the club’s best start in a history dating back nearly 100 years. Despite having the youngest team in La Liga, Los Che are legit — only league-leading Barcelona has scored more goals or has a better goal differential. Valencia, which has scored 4.2 goals per game in their last five outings, has yet to lose, including draws against both Real Madrid and Atletico Madrid.

It’s an impressive turnaround after fighting off relegation and finishing 12th last season, 26 points out of a potential Champions League spot. Zaza deserves some of the credit.

Before coming to Valencia, Zaza had scored 40 top-flight goals in the eight years since his Serie A debut in 2009. He’s now scored 14 in less than 10 months in La Liga. Dating back to his nine-minute hat trick on Sept. 19, Zaza has scored seven goals in five matches, including an 85th-minute winner against Real Sociedad that injured his coach.

So what’s behind this renaissance for the 26-year-old Zaza? Valencia coach Marcelino Garcia Toral.

Marcelino has put together a young and hungry team that plays excellent football. Valencia plays fewer long balls per match than anyone in La Liga (yes, even less than Barcelona). Those short passes and an effective counter-attack have created chances that not even Zaza can miss. Valencia converts 20 percent of its shots, best in La Liga.

“Marcelino is a very strong coach with a big character,” Zaza said. “He has been helping me a lot but it’s not only me but all the players. What I like the most about him is that he likes to have a dialogue, to explain things.

“He's not an army general who won't speak to anyone, he likes to explain things and help you. He'll explain something and later you'll realize he was right.”

Not sure if that means Slaven Bilić and Massimiliano Allegri didn’t explain things, but at least we know Zaza is listening to his coach now.

Zaza hasn’t played for Italy since 2016. With the World Cup around the corner — assuming Italy beats Sweden in the UEFA playoffs to qualify — Zaza has a chance to play himself back into contention for a roster spot. While he may seem like a long shot, Italy doesn’t exactly have a wealth of talent at the position right now. For the most recent World Cup qualifiers, coach Gian Piero Ventura called up Ciro Immobile, Eder and Manolo Gabbiadini, who have a combined 15 goals at the international level.

Zaza only has one goal for Italy (back in 2014), but given his current form, Ventura may give him a chance to return to the fold soon. Perhaps then he can fully redeem himself for one of the worst penalties of all time.