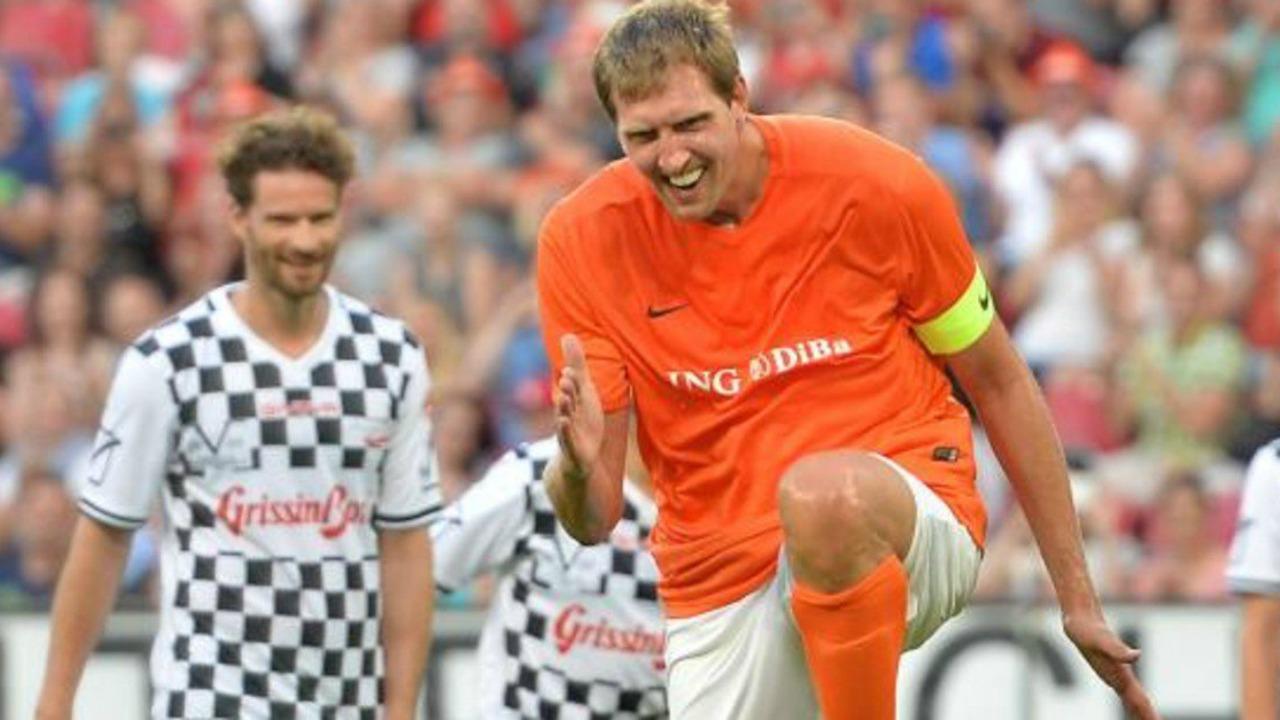 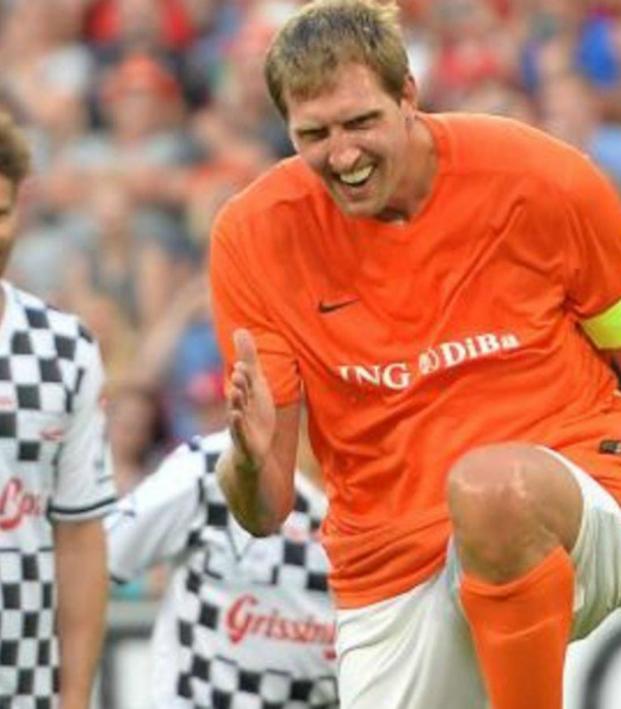 Sam Klomhaus July 29, 2016
NBA star Dirk Nowitzki was playing in some sort of friendly when he got a chance to make fun of Simone Zaza. He took it.

You remember Simone Zaza's penalty against Germany, right? The funny one, the one that he was subbed on specifically to take and then flubbed in comical fashion? Well, that penalty has reared its ugly head once again, but this time it was a German taking it: Dirk Nowitzki.

Look at the penalty this dude took.

In fairness to Nowitzki, he's 7'0" and a professional basketball player. So, if that's how he takes penalties, it's understandable. And if he was making fun of Zaza, it's hilarious.

His Peter Crouch is pretty good too.

Maybe he should have tried fading away.