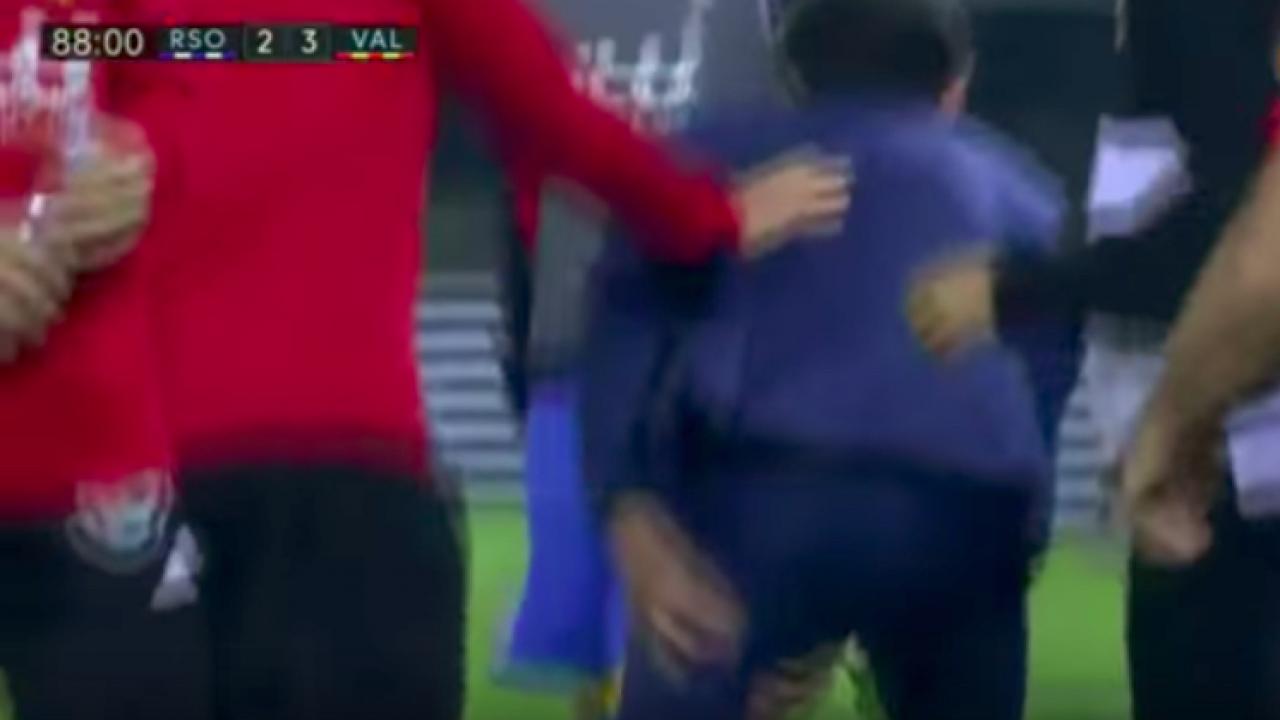 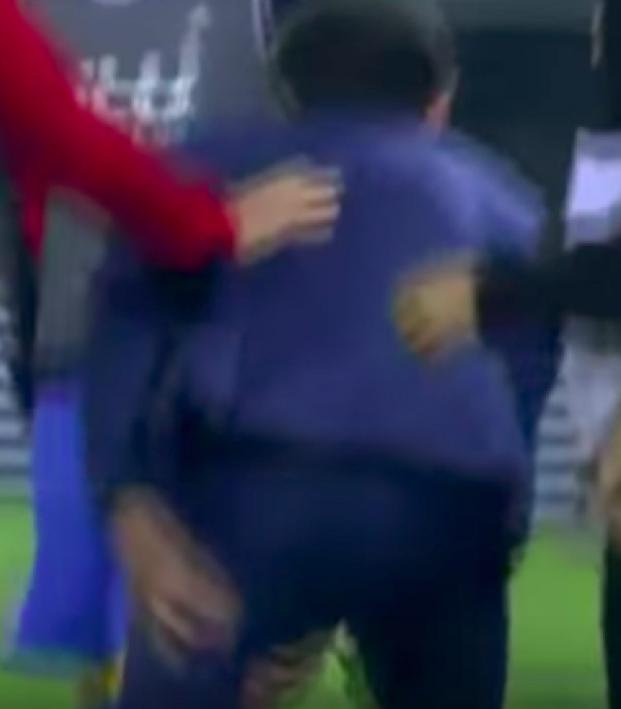 Valencia maintained their unbeaten start to La Liga play with an impressive 3-2 victory over Real Sociedad at the Anoeta on Sunday. With the score level at 2-2 and both sides down to 10-men, Italian striker Simone Zaza hit the game-winner in the 85th minute with the assist provided by 20-year-old Portuguese attacker Goncalo Guedes.

Remarkably, Zaza now has five goals from the opening six La Liga matches, and the victory ensured that Valencia maintained their place in Spain’s top four at the expense of Real Madrid.

52-year-old manager Marcelino is enjoying a fine start at the helm of Los Che, but even he couldn’t rein in the excitement following Zaza’s late winner. Marcelino was seen leaping from his spot on the bench before making a quick movement towards the rest of his celebrating staff.

As Marcelino later acknowledged, you should generally avoid this sort of thing when you’re old.

“I pulled a muscle. I’m old and there are certain situations where I have to control myself," said Marcelino. "I’m limping a little bit but I prefer to be the one limping than to have a player injured. I will still be able to coach. I’ll just try to avoid similar situations like this in the future.”

The final five minutes of that match must’ve been extremely uncomfortable for Marcelino. Protecting a one-goal lead in the dying minutes of a match is historically when a manager is at their most gesticulative, but the Spaniard looks a little bashful out there.

Marcelino and Valencia return to action on Saturday when they host Athletic Bilbao at the Mestalla.