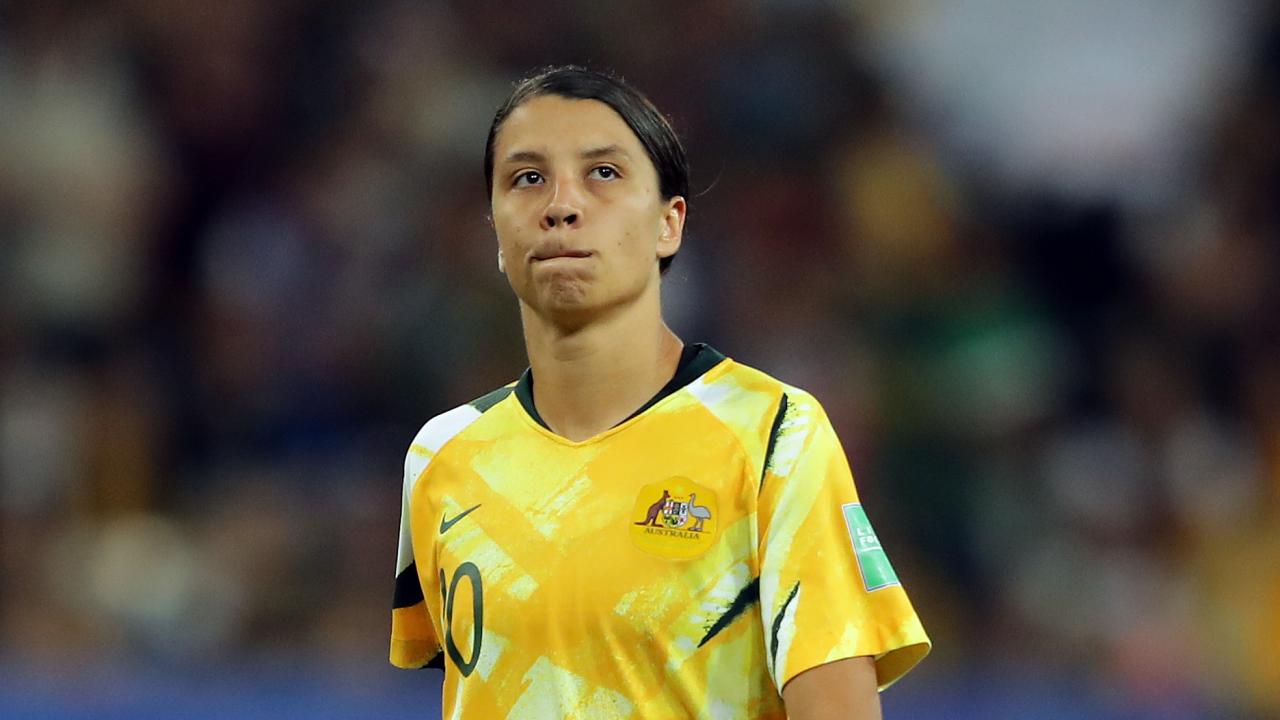 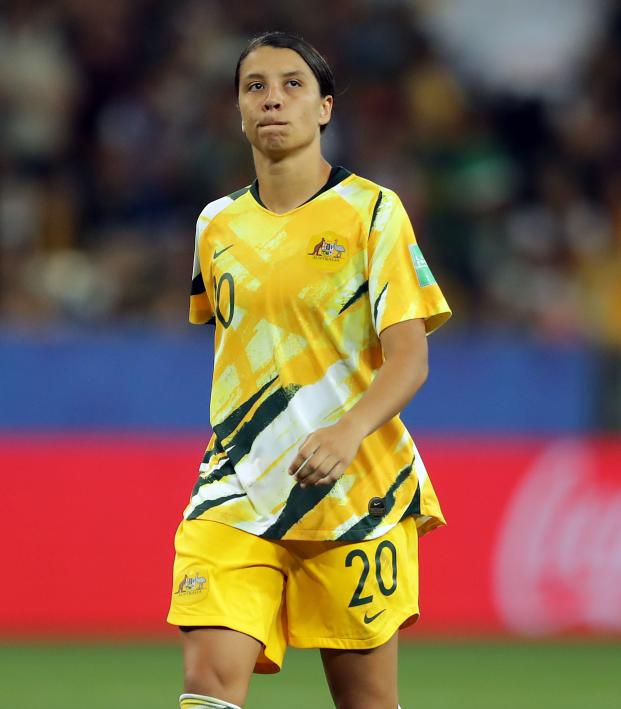 Travis Yoesting June 22, 2019
Sam Kerr and Australia are going home after Norway won on in a shootout.

Norway’s Ada Hegerberg is the best player in the world, at least according to FIFA and the Ballon d’Or. But she has refused to to play for the Norway national team.

The best player at the Women’s World Cup is arguably Sam Kerr, Australia’s dynamic forward who entered the knockout rounds tied with Alex Morgan in the Golden Boot race with five goals.

Now, one of the tournament's most beloved players is going home after a horrible miss in a penalty kick shootout, one that invoked memories of Roberto Baggio at the 1994 World Cup.

Karina Saevik provided one of the best passes you’ll see this summer to assist Isabell Herlovsen as Norway knocked Australia out of the Women’s World Cup in the round of 16 in a shootout on Saturday. The match was tied 1-1 after 120 minutes before Norway won the kicks from the mark 4-1.

Kerr was reportedly offered a $1 million (AUS) contract, about $690,000 USD, by Chelsea on Saturday ahead of the Matildas’ match, which would make her one of the wealthiest women footballers in the world. Now she’ll be left mulling her options and regretting her chances at the Women’s World Cup.

Kerr lit up the group stages, scoring four in a win over Jamaica and helping her side come from two goals down to beat Brazil. She told her critics to “suck on that” and backed it up.

But now it’s time for another player to step up, and on Saturday it was Saevik and Norway keeper Ingrid Hjelmseth.

With one magnificent pass, Saevik diced open the Matildas’ defense, putting Herlovsen in on goal for the opener in the 31st minute.

Saevik plays the perfect ball in for Herlovsen, who makes no mistake to give #NOR the 1-0 lead. #FIFAWWC pic.twitter.com/ZTcMHdcWoA

(We apologize for FOX’s Twitter videos taking you away from this page and FOX’s insistence on using British English instead of American English.)

While Herlovsen’s finish was clinical, the beauty of Saevik’s through ball was not lost on keen viewers.

In non VAR related news, that final ball for the Norway goal was an absolute dime piece.

For the record, Karina Saevik has no relation to Lieutenant JG Saavik of the Star Trek series. She is currently juggling the Women’s World Cup and college work as she’s studying to be a teacher. We think she might have a future in this soccer thing though.

As much as the Matildas pushed forward, it seemed Australia would never find the equalizer. Kerr even had a goal called back (correctly) for offside.

But in the 83rd minute, left back Elise Kellond-Knight’s corner kick zipped through the box and curled into the far post for a rare Olimpico, magically keeping Australia’s hopes alive.

IT'S ALL TIED UP!

Kellond-Knight's corner gets past everyone and into the net for an Olimpico! Are we headed for extra time? #FIFAWWC pic.twitter.com/bbp5QxxVEL

Despite the late strike, Norway nearly scored at the death, with a shot/cross hitting off the upright and sliding across the goalmouth but somehow not going in.

Norway came THIS CLOSE to a stoppage-time winner!

In extra time, Australia’s Alanna Kennedy was sent off for denying an obvious goal-scoring opportunity. It was the first straight red of the 2019 Women’s World Cup.

RED CARD! Australia are down to 10 in extra time as Alanna Kennedy gets shown a straight red! #FIFAWWC pic.twitter.com/fLgOrjkKN1

Norway had a number of great chances to take the lead after the red card, but a Kerr nutmeg nearly set up an opportunity for Australia in the dying minutes before the match went to penalty kicks.

The shootout was played under brand new rules, announced Friday by the International Football Association Board, the body that determines rules for FIFA competitions. Because of outcry during the group stages, IFAB decided to change the rules in the middle of the Women’s World Cup (yes, that’s incredibly dumb and would never happen to a men’s World Cup), allowing referees to not show yellow cards to goalkeepers who come off their lines during a shootout.

In the shootout, Kerr sent her attempt way off target into the stands and Hjelmseth made one save. The Norwegians made all four of their attempts to send them into the quarterfinals, where they await either England or Cameroon.

Engen hits the decisive penalty and sends Norway into the quarterfinals! #FIFAWWC pic.twitter.com/GbWJvPuE41