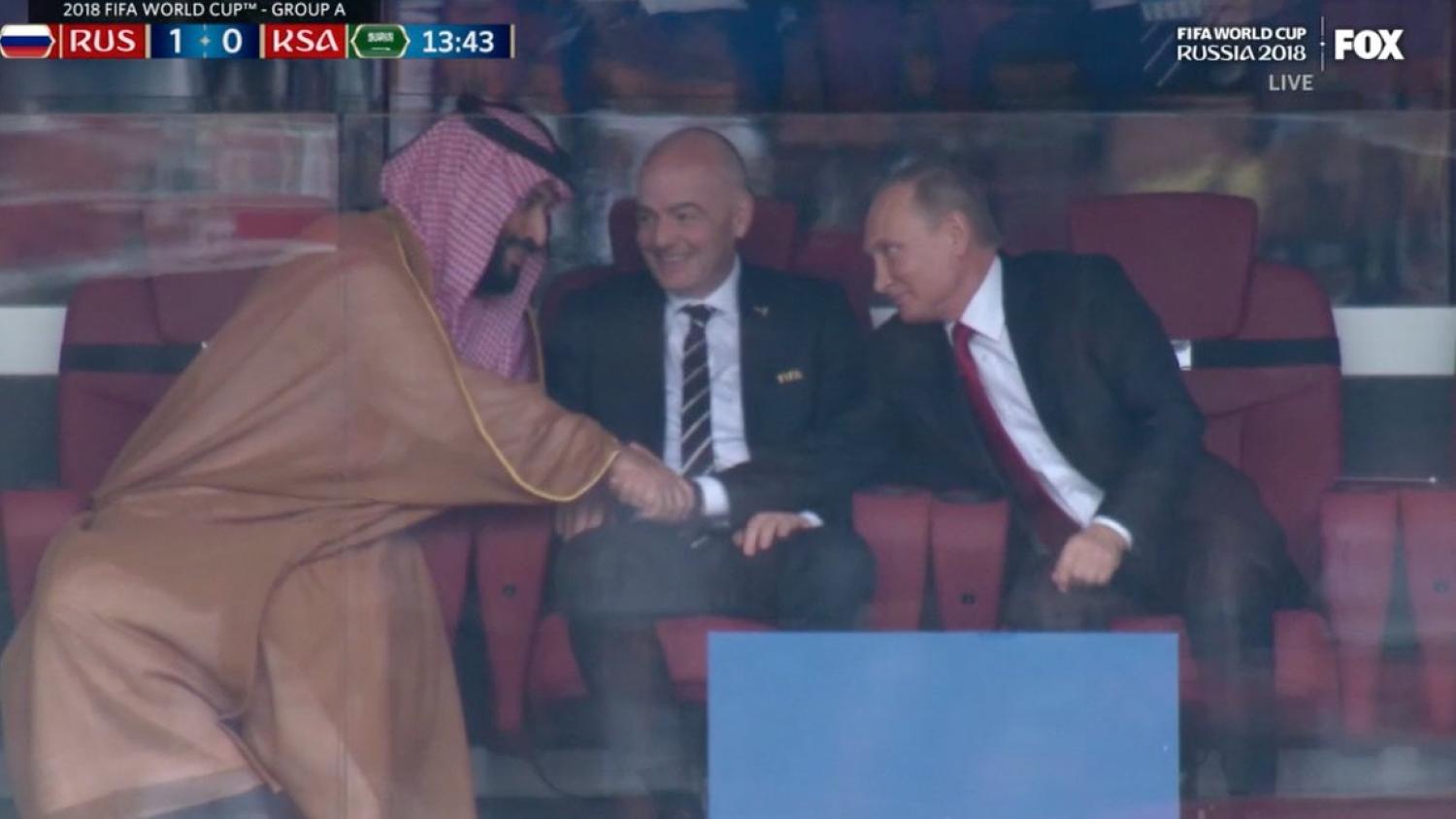 Russia crushed Saudi Arabia 5-0 in the World Cup opener on Thursday, a perfect result for the host nation. So was Russia that good or Saudi Arabia that bad? Let’s just say Russia vs Saudi Arabia was a mix of both thanks to Russia’s two stoppage time goals.

There were points in the Group A match where you had to wonder how hard Saudi Arabia was trying. The first goal saw a Saudi player fall over just in time for Yury Gazinksy to leap over him and head home. The first goal of the 2018 World Cup had a real match-fixy feeling to it.

After that, however, Russia showed they were actually just playing really well, starting with a sweet goal from Denis Cheryshev.

Artem Dzyuba made it 3-0 in the 71st minute with a goal that somehow managed to be more boring than the first but things got fun in extra time.

In the 91st minute, Cheryshev cemented his hero status with a brilliant outside-of-the-boot goal.

Cheryshev, who, remember, was a first-half substitute, is now a frontrunner for the Golden Boot. Sure, he won’t play an easier defense than Saudi Arabia anytime soon, but the skill the Villarreal midfielder exhibited makes you think he could bag another goal or two in the group stage.

His first and second goals were moments of brilliance for Russia, something Saudi Arabia couldn’t do much about. (OK, they probably could’ve marked him better on the first goal and closed down quicker on the second, but it was all about Denis.)

Then in the 94th minute, just to add vodka to the gaping wound, Aleksandr Golovin struck with this well-placed free kick.

The keeper was a bit slow to get over, but the ball jumped over the wall so perfectly you can’t really blame him. Again, the goal was all about Russia skill, not Saudi ineptitude.

Of course, if Saudi Arabia didn’t throw the match, the next question is: Was there doping for Russia vs Saudi Arabia?

FIFA will be testing players throughout the tournament, so probably not. But if any country is going to try to test the limits of FIFA’s doping testers, it’s Russia.

If Russia beats Egypt and Uruguay in its next two matches, then maybe we can take up the doping or match-fixing questions again. Until then, just enjoy the skill Russia put on display in the opener and thank the soccer gods that Cheryshev and Golovin are the lasting images of the first day of the World Cup instead of Robbie Williams.