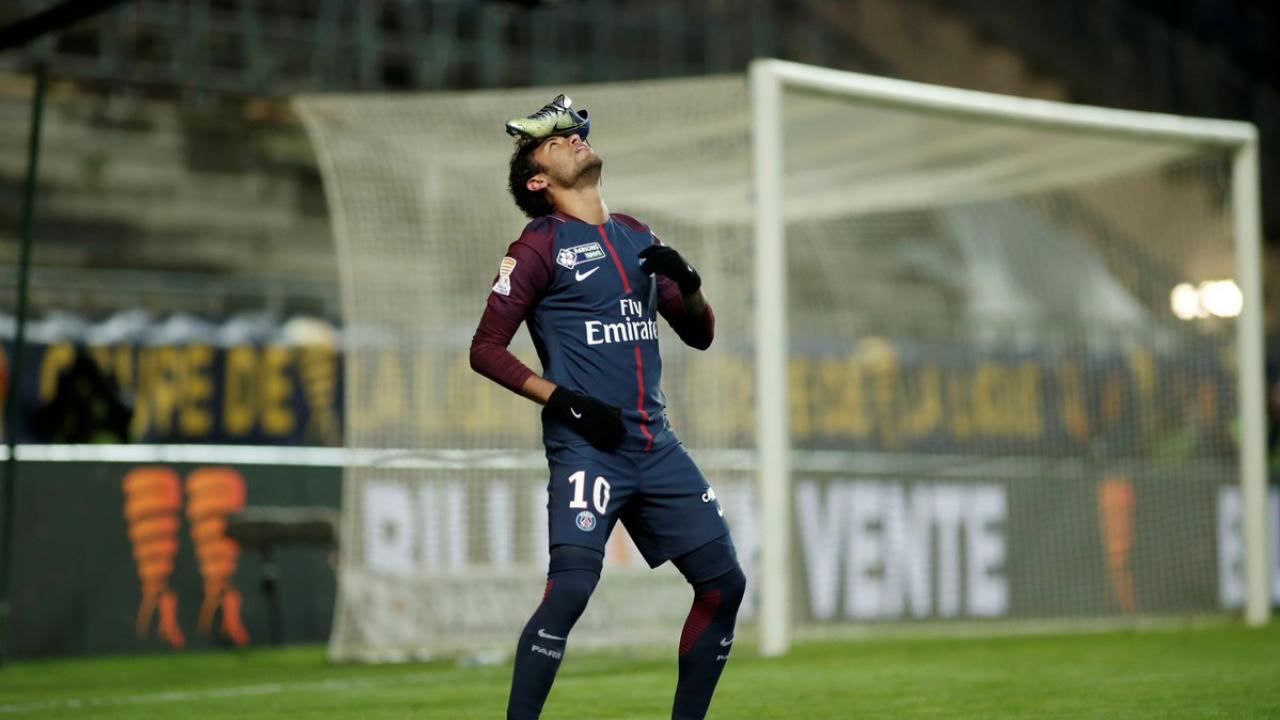 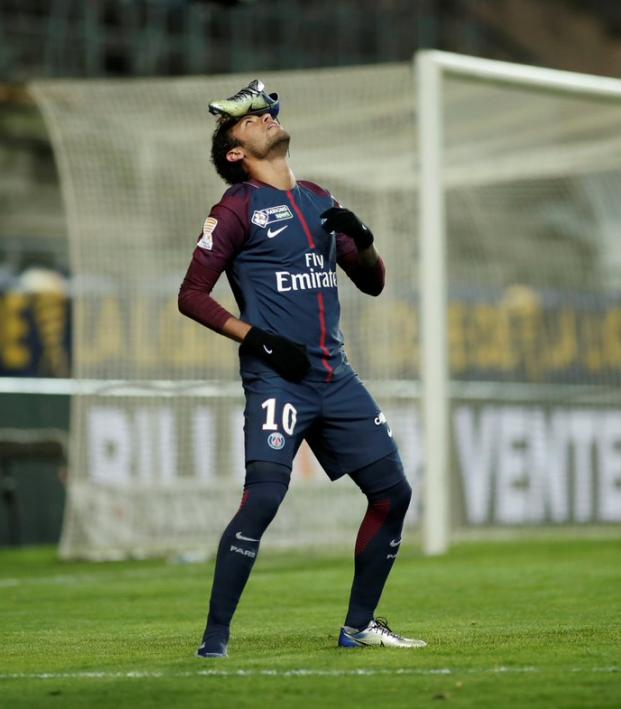 Travis Yoesting January 10, 2018
Neymar drew (dove?) and converted a penalty kick and celebrated by putting his Nikes on his head.

Paris Saint-Germain paid Barcelona a bajillion dollars for Neymar. But how much is Nike paying for this Neymar celebration?

Neymar clearly is a Nike man. This much was made clear when he celebrated a goal Wednesday by placing his boot on his head and dancing around for all to see.

Life is about finding balance.
(...and selling your new boots.  @neymarjr) pic.twitter.com/hILgOjT9Ck

Neymar scored the first goal in a 2-0 victory over Amiens in the French league cup quarterfinals. The Parisians took full advantage of the home side playing for about an hour with 10 men thanks to this awful challenge from Amiens goalkeeper Regis Gurtner on Kylian Mbappe.

The unique Neymar celebration came after the Brazilian drew and converted a penalty kick in the 54th minute. There were suspicions of a dive, but the referee pointed to the spot nonetheless.

GOAL: @neymarjr reaps the reward of being brought down in the box. @PSG_English lead. #CoupedelaLigue #ASCPSG pic.twitter.com/q0Qpx44Nu4

Neymar, channeling his inner Don Draper (or perhaps LaVar Ball), immediately set to work trying to move some product, taking off his shoe and providing the best Nike product placement since Tiger Woods at the 2005 Masters. 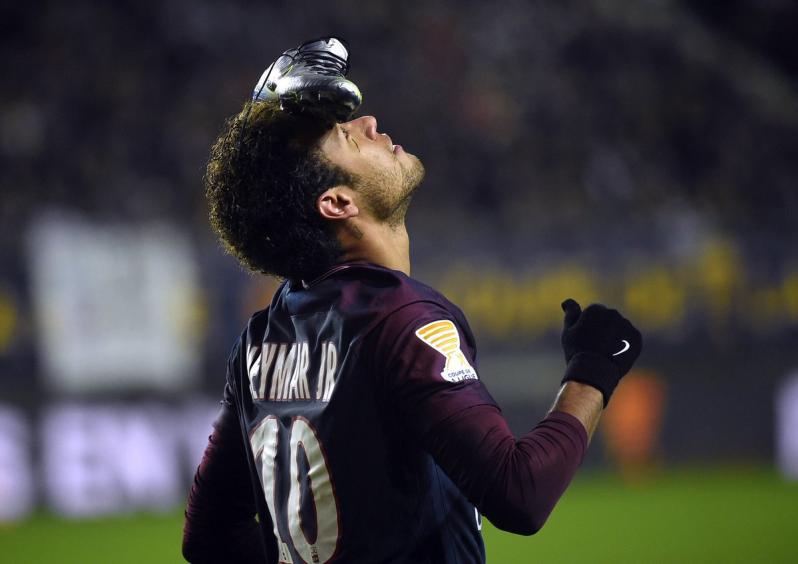 Personally, I would be worried about my sock getting wet or dirty from the turf without a shoe on, but I’m not getting paid millions of dollars to promote a brand — yet. (Nike, please get in touch.)

Adrien Rabiot put the match away with a header that bounced off the post and just across the goal line in the 78th minute.

Stunningly, Rabiot did not replicate the Nike-themed Neymar celebration, instead hugging corner taker Angel Di Maria and otherwise going about his business. And that’s why Rabiot will never be as great as Neymar.