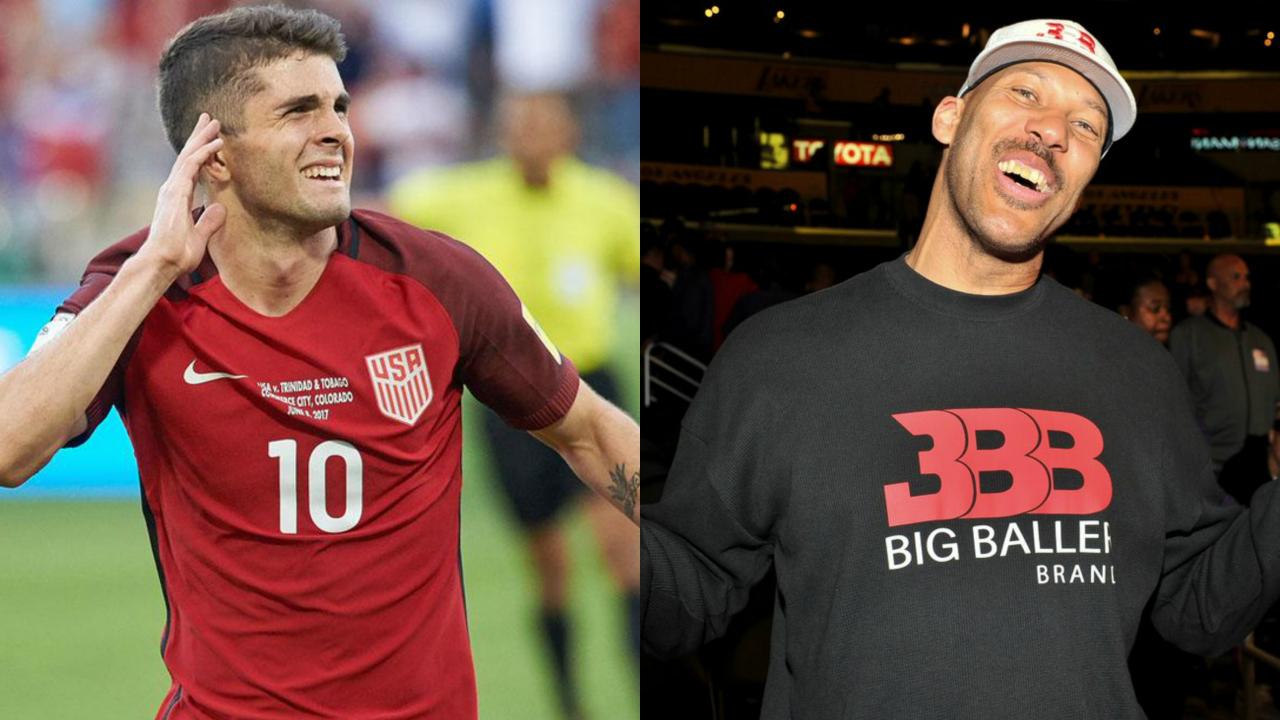 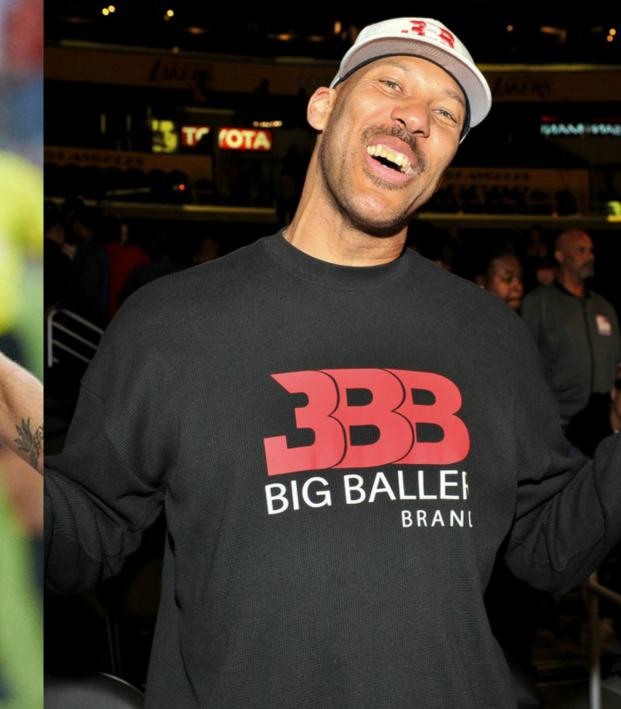 What If LaVar Ball Was Christian Pulisic’s Dad?

By all accounts, Christian Pulisic is a good kid. Still 19, he’s probably already America’s best soccer player. He stars for Borussia Dortmund and led the USMNT with six goals in 2017 (we’ll give him a pass on failing to reach the World Cup, but just this once).

And by all accounts, Pulisic has wonderful support from his parents, both of whom played soccer in college at George Mason. Like LaVar, Christian’s father, Mark, is highly engaged in his son’s athletic exploits. When Christian signed with Borussia Dortmund at the age of 16, Mark moved with him to Germany. 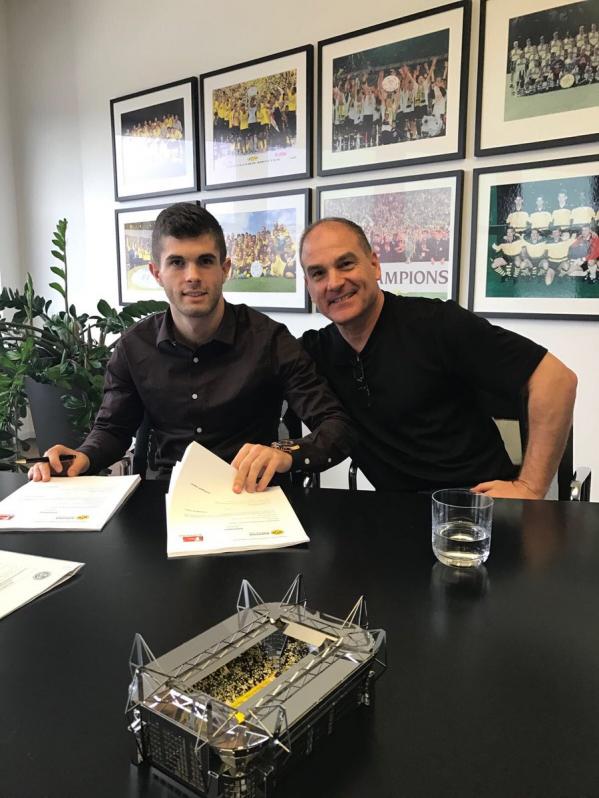 Good parenting can only be a positive influence on a young person’s life, especially when burdened with the pressure of being a superstar athlete. While Mark has since moved back to the states, Christian continues to excel on the pitch for Dortmund and the U.S. (when healthy) with full support from his parents.

Happy bday to the best dad out there @MarkPulisic

Now compare that to the parenting style of LaVar Ball, whose three sons seem to be legitimately good basketball players at the pro (Lonzo), college (LiAngelo) and high school (LaMelo) ranks.

While I hate to steal a line from Donald Trump, he did actually get something right when saying LaVar is like a poor man’s Don King. LaVar has said he would “kill Michael Jordan one-on-one” even though he never played professional hoops. He said his eldest, Lonzo, a rookie with the L.A. Lakers, is already better than the best players in the NBA. He blamed Lonzo failing to win a national championship at UCLA on the fact the team relied on too many white players.

LiAngelo, formerly a freshman basketball player at UCLA, was suspended from the team for stupidly shoplifting with teammates while the Bruins were in China for a game. He was eventually bailed out of the Chinese jail, supposedly with help from Trump, though LaVar and the president got into a pissing contest on Twitter. Because the suspension lasted too long in his mind, LaVar decided to yank LiAngelo off the team and train LiAngelo himself. His exact words were: “I’m going to make him way better for the draft than UCLA ever could have.”

LaVar’s outspoken pompousness earned him a Facebook reality TV series and some money from other marketing deals, but he’s looked a fool in the process. One has to wonder how this has affected his children.

So what if LaVar Ball was Christian Pulisic's dad instead of Mark? 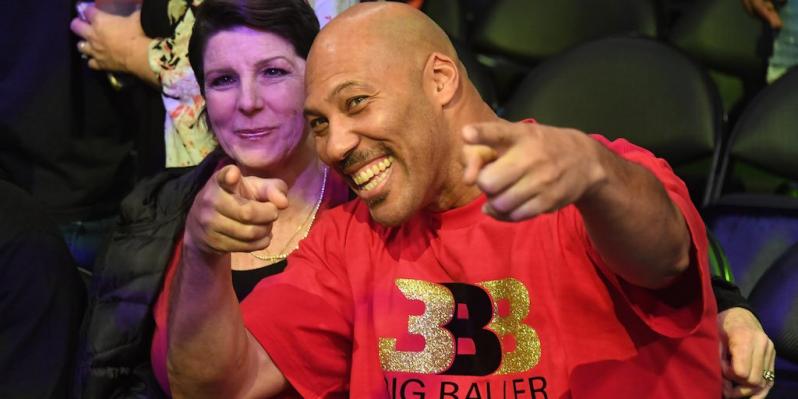 Instead of signing with Borussia Dortmund as a 16-year-old, LaVar would have demanded a bidding war from Europe’s biggest clubs like Real Madrid and Manchester United for his son’s services. He would claim LaCristiano was already better than Lionel Messi and that back in his day LaVar would have killed Pele one-on-one. Eventually, LaCristiano would sign with Liverpool, a team, like UCLA, with the more history than recent championships.

Once breaking onto the scene in Europe, LaVar would then turn his attention to Jurgen Klinsmann, demanding he promise LaCristiano the No. 10 jersey, the captain’s armband and the right to take every free kick and penalty kick. Klinsmann would have scoffed at these demands. LaVar would thus force LaCristiano to make a nationality switch to Croatia, the country of his grandparents.

Instead of becoming the darling of the USMNT, LaCristiano would join a loaded squad with Luka Modric, Ivan Rakitic, Mario Mandzukic and Ivan Perisic. Croatia would win its first ever World Cup in 2018, beating Mexico in the final. In 2022 in the United States (because in this fantasy, FIFA pulls its head out of its ass and takes the tournament away from Qatar), Croatia would knock the U.S. out of the World Cup Round of 16 before falling to Germany in the semifinals because Luka Modric will be 36 by then and LaCristiano can only do so much.

LaCristiano would go on to win the Ballon d’Or two times, thanks in large part to his father’s media blitz, doing interviews with at least five newspapers each day from his palatial estate in Liverpool that he foolishly painted blue. Grant Wahl would quit as the U.S. soccer laureate because he’s sick of fielding calls from LaVar wanting to tell Wahl about why Klinsmann is the worst thing to ever happen to U.S. soccer, even though without LaCristiano the U.S. would still qualify for every World Cup because only in a wacky world where reality TV show stars are elected U.S. president would the U.S. actually fail to qualify.

Ultimately, LaVar would end up getting shot while on vacation at a Colombian nightclub, not from any sort of own goal from LaCristiano, but from his mouth finally catching up to him. The only people to show up for his funeral would be LaCristiano, close family and Jurgen Klinsmann, because that guy’s always sticking his nose in other people’s business. 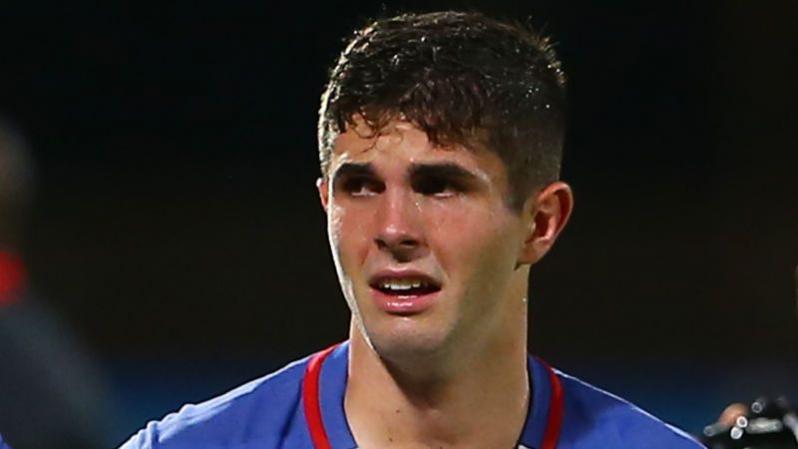 After the death of his father, LaCristiano would remarkably be revitalized and win another Ballon d’Or on his own accord and dedicate it to his mother. Eventually he would return to the States to play in MLS for the Philadelphia Pulisics as a decrepit 41-year-old, though he’d still run more than Andrea Pirlo ran in his entire MLS career.

Would the boy wonder be better off if Christian Pulisic's dad was LaVar instead of Mark?

Christian is doing just fine with a father who takes gentle approach, using encouragement and occasional constructive criticism as opposed to complaining about his son’s performance to the media. Soccer is a sport where the more freedom and less pressure you play with, generally the better you perform. An overbearing father can inhibit one’s play. Christian clearly benefits from having supportive parents who understand the game of soccer.

But life for LaCristiano would have been so much more entertaining with LaVar as his father.