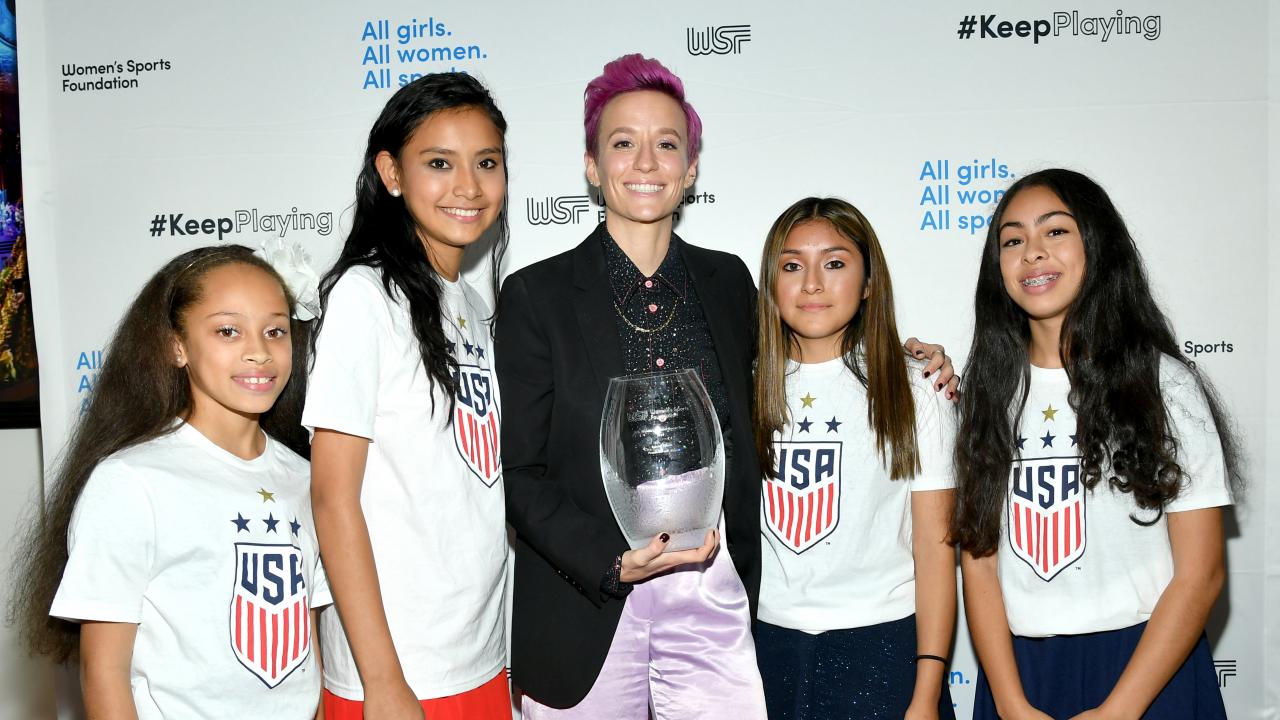 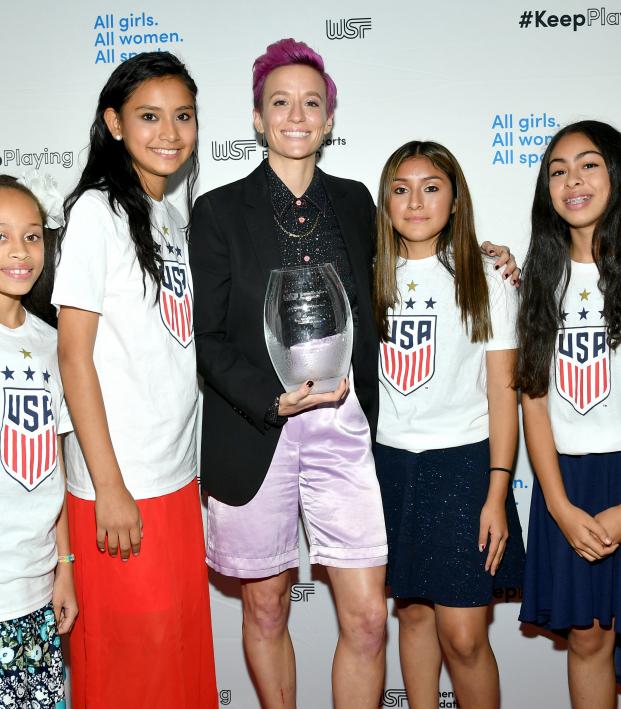 Megan Rapinoe was named Team Sportswoman of the Year by the Women’s Sports Foundation on Wednesday night, becoming the fifth USWNT player to earn the annual honor that dates back to 1993. Marta, meanwhile, became the second footballer to win the Wilma Rudolph Courage Award.

Rapinoe received the Sportswoman of the Year award in the team athlete category. The trophy goes to a woman “whose performances over a 12-month time span have been exceptional.” Boxer Claressa Shields, a two-time Olympic gold medalist and middleweight champion, won the award for individual athletes.

"To stand up for what you believe in and do things the right way, we can all take a page out of [Marta's] book."

Your 2019 Team Sportswoman of the Year, @mPinoe!

Other soccer players to have won the Sportswoman of the Year award include Carli Lloyd (2015), Alex Morgan (2012), Abby Wambach (2011) and Mia Hamm (1997, 1999). Rapinoe won the award after helping the USWNT win a second straight Women’s World Cup, claiming the Golden Boot and Golden Ball in the process. She was also named The Best FIFA Women’s Player in September.

Honoring the @USWNT with @Visa, girls from our community programs and a special video tribute.

The team's heroics on and off the field will be celebrated for generations to come.

Rapinoe took time from her acceptance speech to honor Marta, the legendary Brazilian, calling her the GOAT of women’s soccer and an “absolute hero in our sport.”

Marta was awarded the Wilma Rudolph Courage Award, which goes to a female athlete “who exhibits extraordinary courage in her athletic performance, demonstrates the ability to overcome adversity, makes significant contributions to sports and serves as an inspiration and role model to those who face challenges, overcomes them and strives for success at all levels.”

Marta was vocal after her World Cup exit about inspiring the next generation of women’s soccer players. The only other soccer player to win the Courage Award was Michelle Akers in 2001.

The 2019 Wilma Rudolph Courage Award recipient has inspired the next generation endlessly, played her sport fearlessly and advocated relentlessly.

Marta is a six-time FIFA Player of the Year. Her NWSL season is over as the Orlando Pride missed the playoffs, but Megan Rapinoe will return to Reign FC for the NWSL playoffs, starting Saturday against top-seeded N.C. Courage.

Some non-soccer players won some awards Wednesday as well. Sheila C. Johnson, part owner of the Washington Wizards, Washington Capitals and Washington Mystics (who just won the WNBA title), received the Billie Jean King Leadership Award. John Burke was given the inaugural Champion for Equality Award for helping empower women through cycling as the president of Trek Bicycle.

For more on the Women’s Sports Foundation, visit the website here.