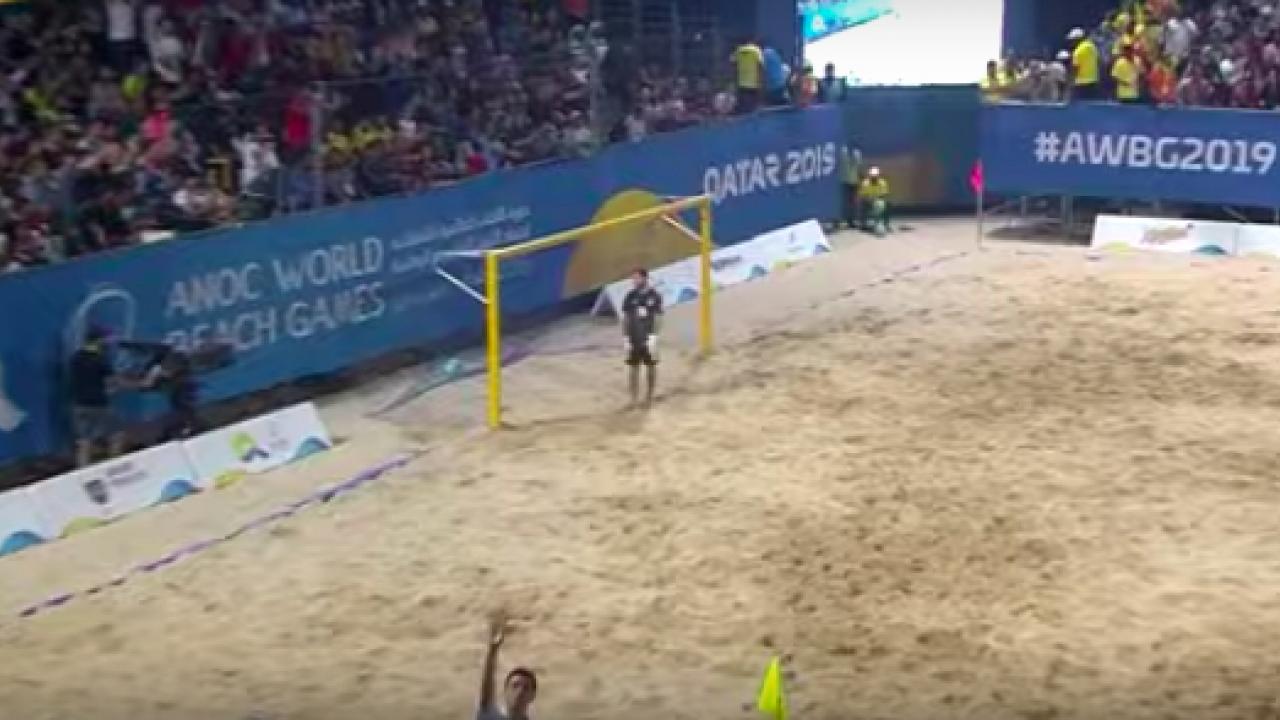 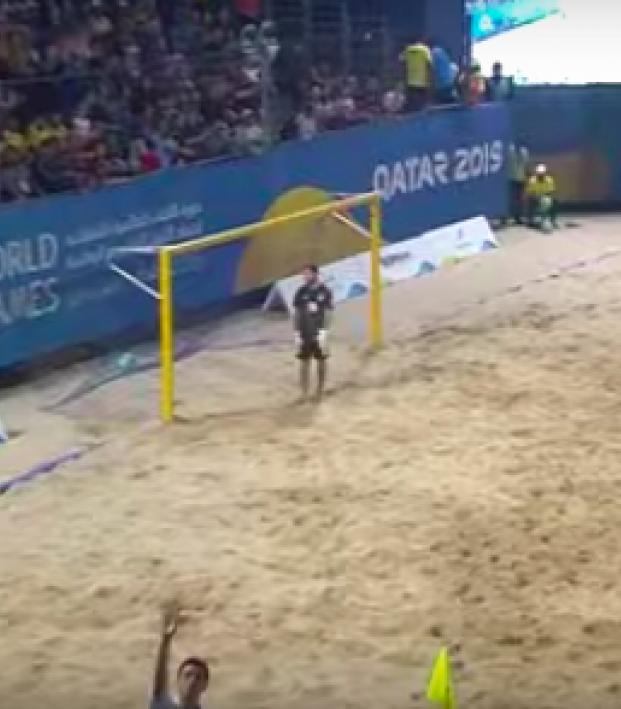 We’re a little over a month away from the 2019 FIFA Beach Soccer World Cup in Asunción, Paraguay, but the defending champion has just delivered a timely reminder of its mastery of the sand. The World Beach Games wrapped up yesterday in Doha, Qatar, and it was Brazil that captured the men’s beach soccer title following a 9-3 victory over Russia in the gold medal match.

Russia actually won the World Cup back-to-back in 2011 and 2013, and they’ll pose the biggest threat to Brazil in Paraguay alongside Portugal and Oceania heavyweight Tahiti.

But as the five-time world champion, Brazil will again serve as the heavy favorite. If you want some visual evidence as to why, check out this goal that Lucão scored against Russia on Wednesday.

It begins with a Russia free kick, but it instantly transitions into the Brazilian flicking it up to himself and weltering a half-volley into the top corner from distance. The Russian keeper doesn’t even move.

Again, the World Cup begins on Nov. 21. Both the United States (vs. Switzerland) and Mexico (vs. Uruguay) will be in action that day.