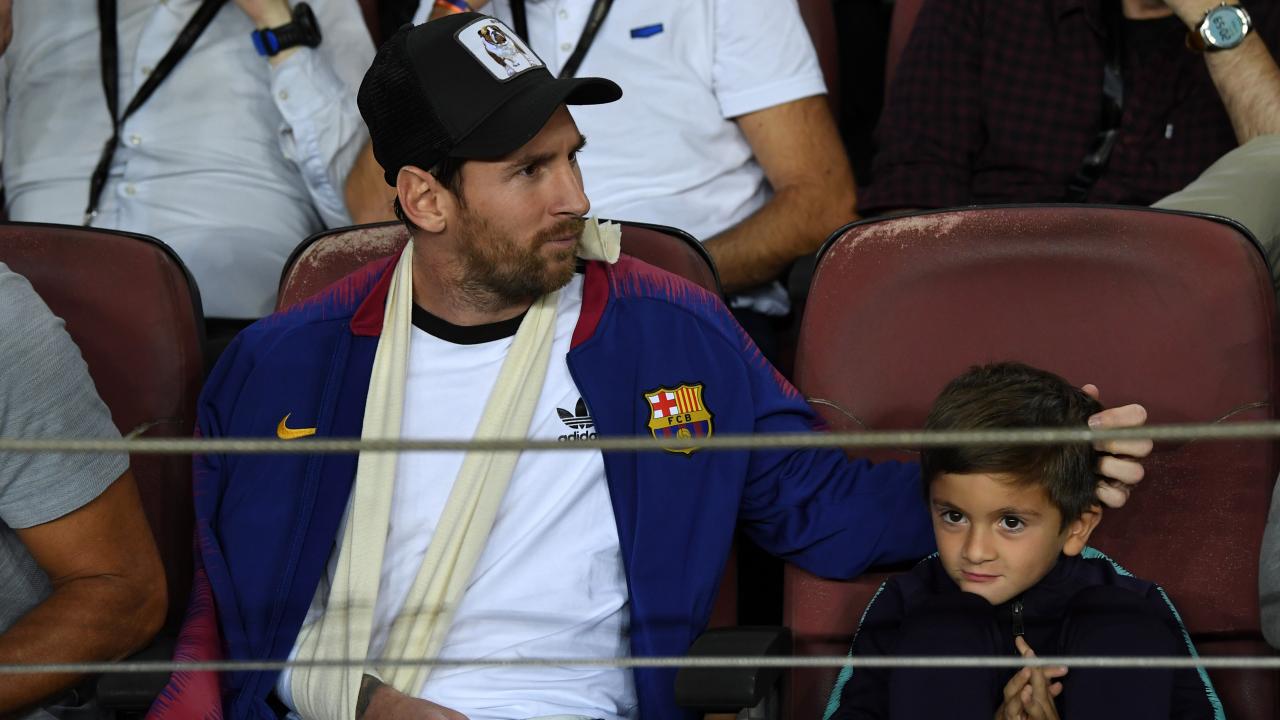 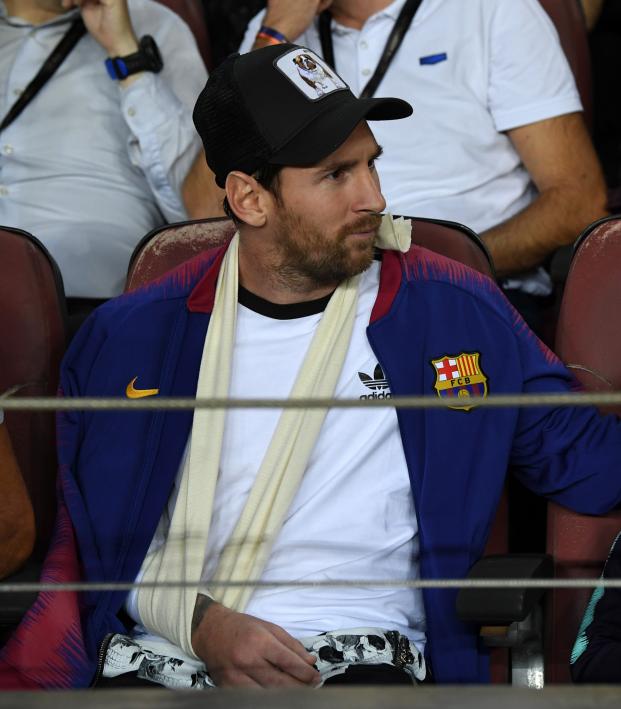 Connor Fleming November 8, 2018
The three-week recovery window will have passed by Sunday, but Quique Setién doesn’t think it’s worth the risk. I wonder why.

When Lionel Messi broke his arm against Sevilla back on Oct. 20, the prognosis was that he’d need three weeks to recover. By the time Barcelona hosts Real Betis on Sunday, that timeframe will’ve been achieved. But will Messi actually suit up for the Blaugrana with the assurance of November’s international break directly following the game, giving Messi an extra two weeks of rehabilitation before the titanic clash with Atlético Madrid at the Wanda on Nov. 24?

Betis coach Quique Setién, whose side currently languishes in 14th-place while balancing the demands of a rare appearance in the Europa League, certainly doesn’t think it’s worth the risk, although the former Spanish international is clearly having a laugh:

“I think Messi should wait, I wouldn’t risk him,” Setién mused. “There’s the international break after this game and he’ll have two more weeks. Any fall could provoke a serious problem that might have important consequences. They’re doing well and there’s not a need to take risks. That said, I do like to see him on the pitch as he’s a joy to watch.”

And to be fair to Setién and Betis, the Seville-based side hosts AC Milan in the Europa League today before taking on Barca — a headache for any club in Europe.

“I’m preparing to take on AC Milan and Barcelona and we’ll go to try to play well and to try to win,” said Setién.

Messi himself was reportedly keen to play on Tuesday, when the club travelled to Milan to play Inter and was stung by a late Mauro Icardi equalizer. Messi made the trip, but he wasn’t included in the match day squad.

“Training isn’t the same as playing. We talked about it and he understood,” said Barca boss Ernesto Valverde following the game.

However, the 31-year-old has certainly stepped up the intensity of his training and looks ready to go based on today’s session at Ciutat Esportiva Joan Gamper.

Barcelona is undefeated in Messi’s absence (including that riotous 5-1 El Clásico win), and the likes of Luis Suarez (six goals and two assists in the last five games) and Philippe Coutinho (two goals and one assist over that span) have stepped up in his absence, but Messi is Messi (12 goals and five assists in 11 appearances this season).