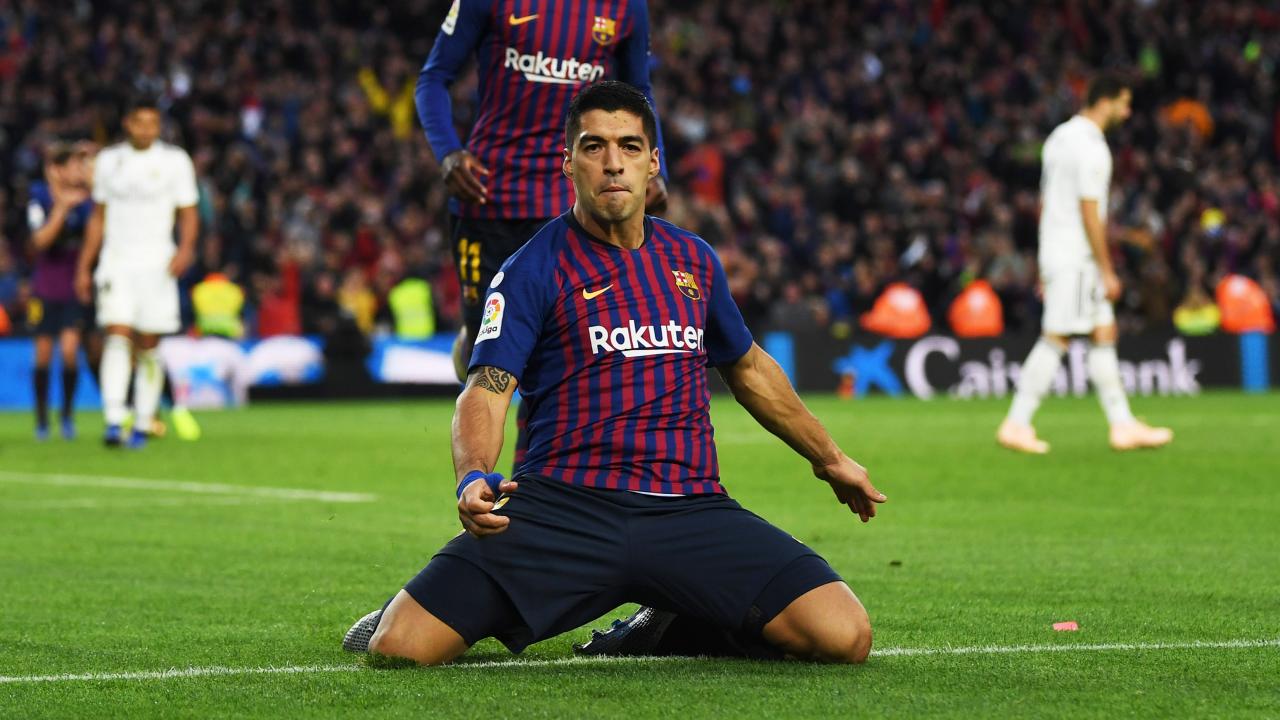 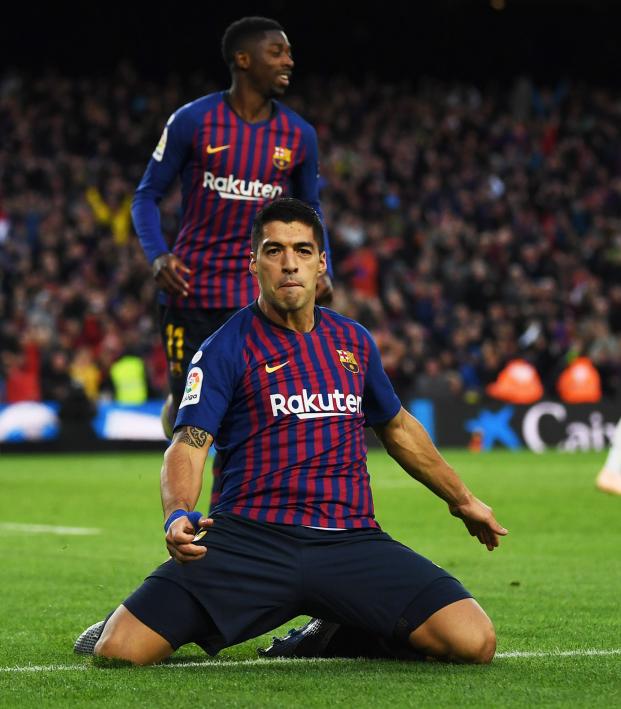 Barcelona heaped the pressure on crisis-stricken Real Madrid Sunday with a 5-1 El Clásico victory at the Camp Nou. The first half was dominated by the home side and both Philippe Coutinho and Luis Suarez helped Barça to a 2-0 lead by the interval. But Real answered through Marcelo in the 50th minute and came extremely close to equalizing on a number of occasions before Suarez’s brilliant header in the 75th minute gave the league-leaders some breathing room.

The three points were then secured in the 83rd when Suarez registered his hat-trick. The Uruguayan was celebrating the birth of his third child earlier this week (it’s another son — Lauti), and the 31-year-old was truly sensational in the absence of captain Lionel Messi. Barcelona's fifth was scored by Arturo Vidal — his first goal for the club in his first El Clásico.

The story of the first half was Real’s inability to apply cohesive pressure and close down Barcelona in dangerous areas, and Los Blancos also appeared completely devoid of inspiration going forward.

Barça got the opener in the 11th minute after a gorgeous 30-pass move ended with a Jordi Alba assist and Coutinho finish.

30 - There were 30 passes made in the build-up to Philippe Coutinho’s goal for @FCBarcelona against Real Madrid, the most of any goal in #ElClasico in @LaLigaEN since at least 2005/06. Tiki-Taka. pic.twitter.com/X71FN2kOFV

In the 30th minute, we had a bit of El Clásico history: the first use of VAR in the rivalry. The referee originally waved away Barcelona’s penalty appeals, but after checking out the replay, it was clear that Raphael Varane had taken down Suarez in the box.

Suarez finished beyond Thibaut Courtois with outstanding composure from the spot.

Julen Lopetegui’s decision to field Nacho at right back had backfired, but it was Lucas Vazquez’s introduction for Varane (who reportedly pulled his groin) that completely altered the course of the match to start the second half.

Only five minutes after the restart, Marcelo halved the deficit with a cool finish.

WHAT A GOAL FROM MARCELO VIERA!
OUR LB, OUR MOST DEDICATED PLAYER!
#BARRMA #ElClasico pic.twitter.com/quchG2xJXQ

Six minutes later, Real was inches away from an equalizer when Luka Modric struck the post.

Real started winning possession in Barcelona’s half, and Isco was operating in dangerous positions in and around the box, but the home side came close to a third when Suarez’s acrobatic volley struck the post.

And Valverde’s decision to bring on Ousmane Dembele for Coutinho in the 74th minute paid immediate dividends. The Frenchman passed the ball out wide for Sergi Roberto, and the fullback duly rifled one at the head of Suarez.

The Uruguayan stooped, swiveled and planted an unstoppable header into the side-netting from distance.

Real then went on tilt. Suarez’s hat-trick was accomplished in the 83rd minute with Sergi again getting the assist.

Vidal then entered the match and duly scored off a Dembele feed.

Barcelona return to the top of the table with a two-point advantage over Atletico after 10 games. Real Madrid sits ninth and now has a goal difference of zero in LaLiga (14 scored, 14 allowed).

Both clubs are in midweek action in the Copa del Rey Round of 32. Barcelona play Cultural Leonesa on Wednesday while Real Madrid play Melilla.