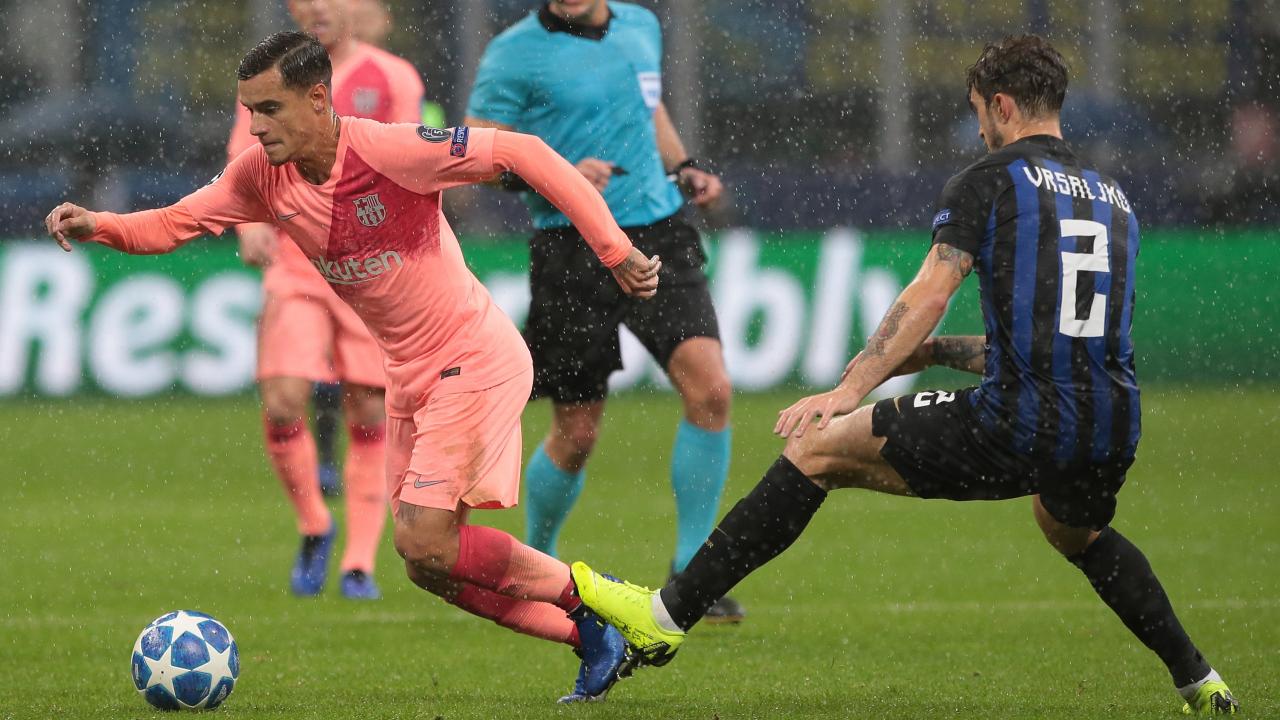 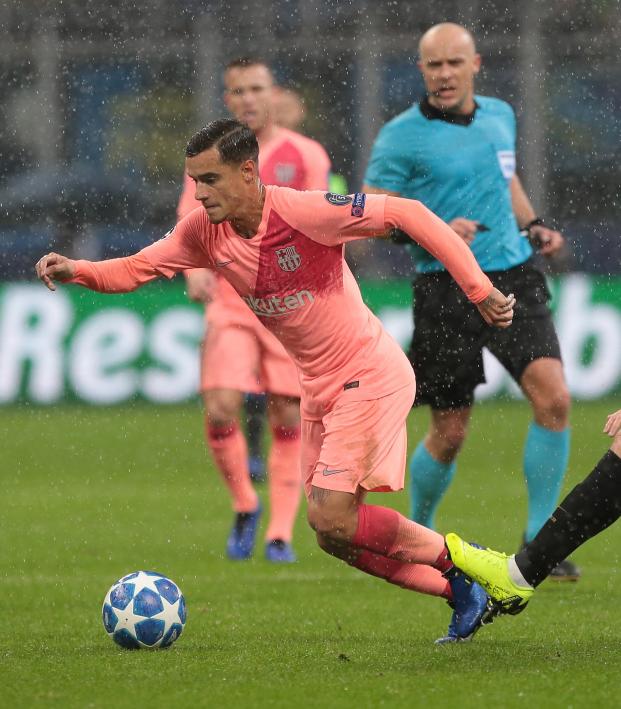 Connor Fleming November 6, 2018
Inter put nine men behind the ball at all times and escaped with a 1-1 draw, but Barca still put on an impressive display.

The match was always going to be a draw — that would put Barcelona on the cusp of passage to the Round of 16, and that would be enough for Internazionale to put Tottenham firmly in the rearview mirror.

And so it was a draw.

When an Italian side looks intent on nothing more than defense, commentators quickly start referencing catenaccio as though that’s all there is to it. This was not catenaccio — this was not a firm switch of the door bolt. Barcelona attempted 26 shots and put eight on frame.

If anything, the strategy Inter employed throughout the opening 83 minutes could be classified as the Samir Handanovic one (with a little bit of help from Luis Suarez).

Even without Lionel Messi, who watched on from the stands while he continues his recovery from a fractured arm, Barcelona looked entirely comfortable within the confines of the San Siro.

The first real opportunity of note was crafted by Ousmane Dembele after his cut put two Inter defenders on skates, but Suarez was there to make a very strange looking block.

Suarez with some fire defense on Dembele pic.twitter.com/9Xe2B10YxG

Suarez would have a multitude of chances, leading all players with nine shots. However, he sent seven off frame and was denied by Handanovic on another occasion.

Suarez almost set up Ivan Rakitic for Barca’s opener in the 60th minute, but again, Handanovic is not a man you should mess with.

Dembele’s future has been the subject of intense speculation of late, and this match will only add fuel to the fire, but the day certainly didn’t play to his strengths — there was very little opportunity to exercise any pace and get behind Inter’s rearguard.

Having said that, jettisoning a player with that ability seems like madness when considering what the 31-year-old pair of Suarez and Messi offer in that department, to go along with the more cerebral play of Philippe Coutinho.

But Dembele was hooked in the 81st minute for Malcom, and the 21-year-old Brazilian scored his first Champions League goal shortly after.

Coutinho gets credit for the assist after a great run from inside his own half, and the Brazilian's performance was extremely positive. The winger attempted eight shots, putting three on target, completed eight dribbles and was successful on 56 of 58 passes.

Malcolm's first goal for Barcelona in the UCL tonight, created by Coutinho#ucl via GolazoLive pic.twitter.com/1OcOGDNuZy

As Inter hadn’t yet attempted a shot on target, the three points seemed settled. But it wasn’t to be.

Things got exceptionally sloppy in the box, and Icardi was on hand to steer in his shot from close range in the 87th minute. We can put something cliche about switching off in the UCL for one moment and getting punished here if we want.

The Nov. 28 clash between Tottenham (four points) and Inter (seven points) at Wembley is now all-important. Barcelona, meanwhile, travels to Eindhoven to play a PSV side that really has no hope of advancing to the Round of 16.