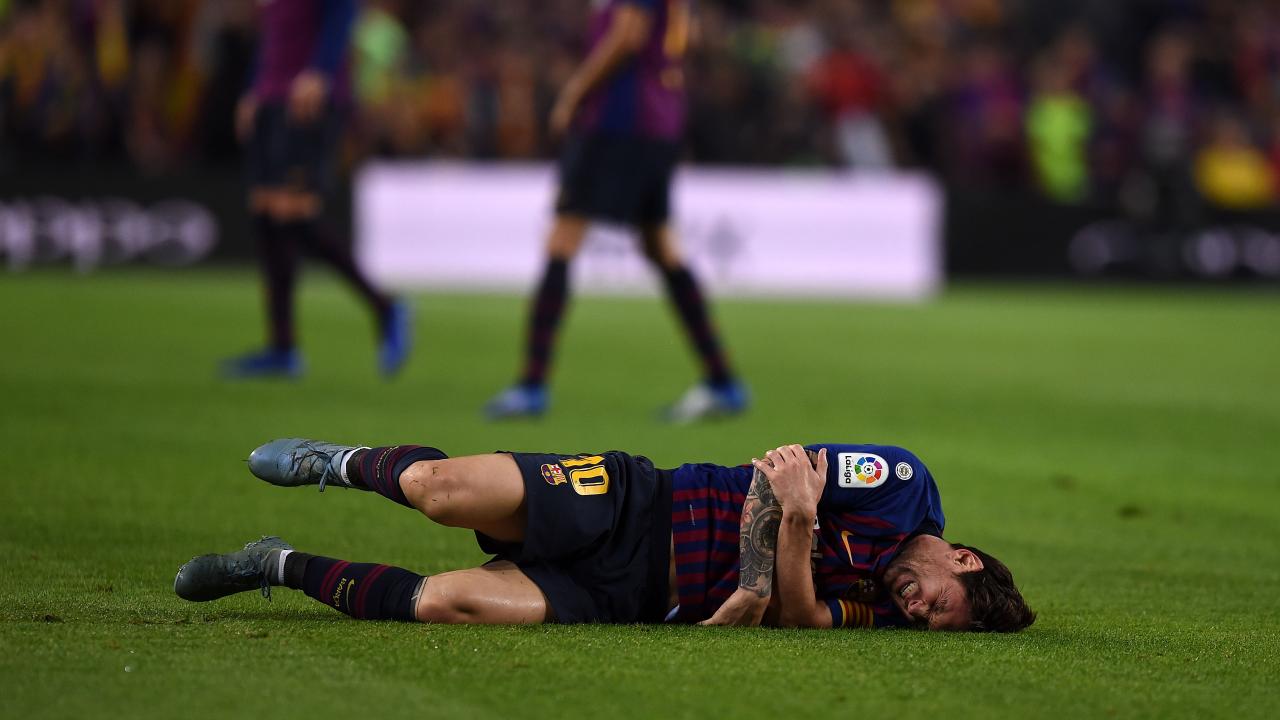 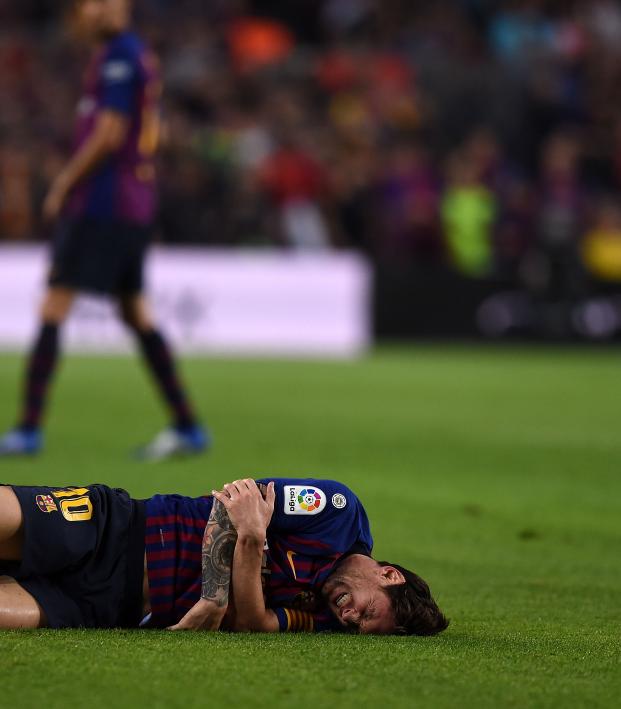 Connor Fleming October 21, 2018
Messi will spend three weeks on the sidelines after breaking the radial bone in his right arm.

FC Barcelona has updated the world on the severity of the arm injury which forced Lionel Messi off in the 26th minute of the club’s 4-2 victory over Sevilla on Saturday, and it’s terrible news for fans of the beautiful game: Messi has fractured the radial bone in his right arm and will be out for three weeks.

Accordingly, Barca’s captain will miss Wednesday’s Champions League match against Inter Milan and, most notably, next Sunday’s El Clásico at the Camp Nou.

[INJURY NEWS] Tests carried out on the first team player Leo Messi have confirmed that he has a fracture of the radial bone in his right arm. He will be out for approximately three weeks. #FuerzaLeo pic.twitter.com/kpNcspnfqo

Messi went down awkwardly while trying to maneuver around compatriot Franco Vazquez, who actually just made his international debut for Argentina on Sept. 7 against Guatemala.

Messi had registered a goal and an assist in the opening period of the match — giving him seven goals and five assists in nine league appearances this term — and the win saw Barca climb to the top of the LaLiga table, one point above Alaves.

Messi will likely also miss a Copa del Rey game against Cultural Leonesa, the reverse fixture against Inter in the UCL and league games against Rayo Vallecano and Real Betis.