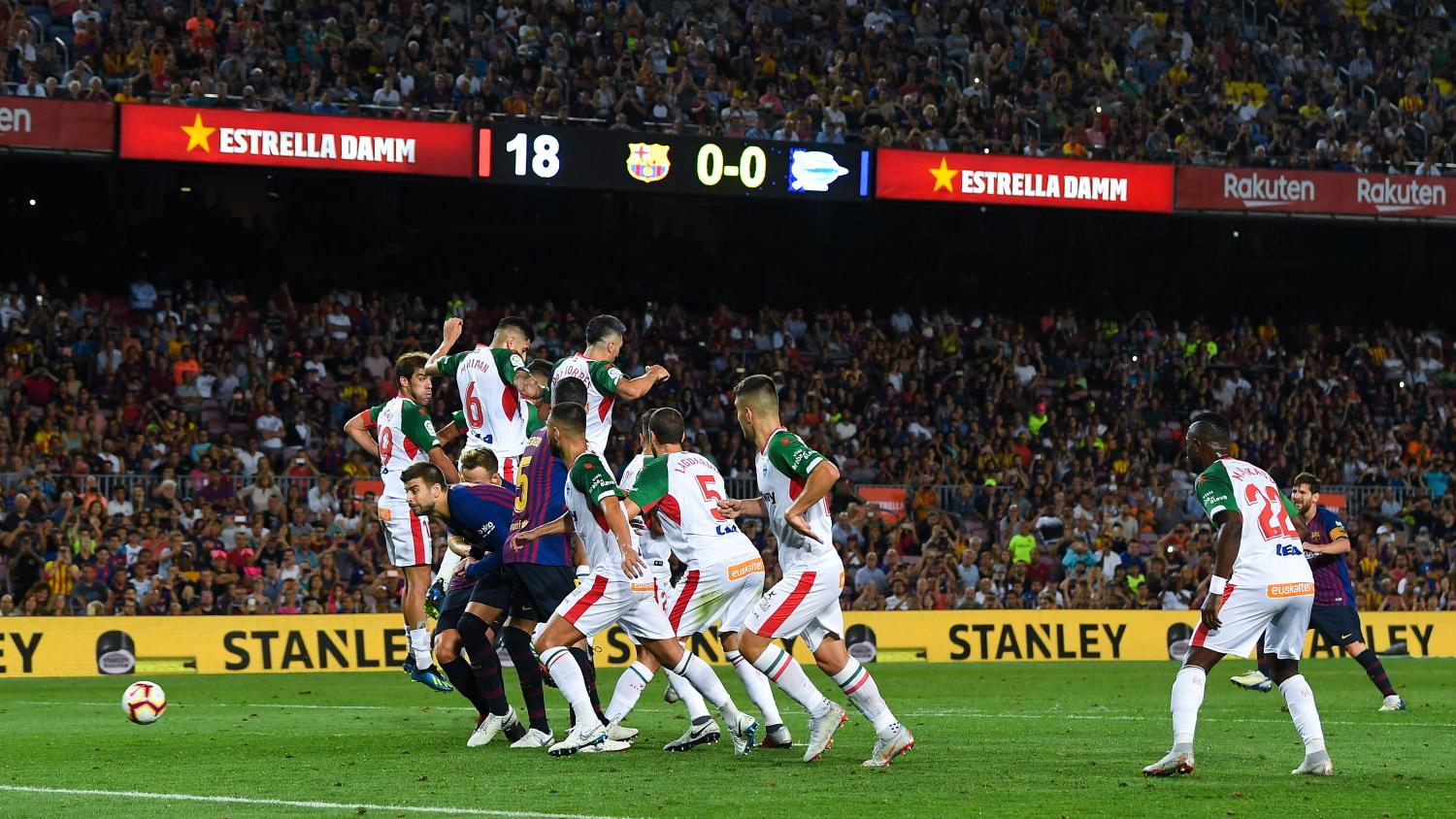 Barcelona was lacking that killer instinct for much of its LaLiga opener. Fortunately for the reigning champs, they’ve got the world’s best player on their side, and a Lionel Messi goal vs Alaves on a sneaky free kick sparked Barcelona to a 3-0 win at the Camp Nou on Saturday.

While archrival Real Madrid lost its best player over the summer, Barcelona kept its best player. Sure the Catalans lost Andrés Iniesta to Japan, but you can never count out a team with Lionel Messi in the ranks. And Messi came through on Saturday with two brilliant goals.

Playing in the final match of the day in Spain, Barcelona dominated possession but couldn’t find a breakthrough for more than an hour.

Finally, in the 64th minute, the Messi used a clever piece of guile to score the opener, sliding the ball under the wall on a free kick.

Barcelona’s 6000th la liga goal by none other than Lionel Messi  pic.twitter.com/nC4RHkRomU

Lionel Messi's scores a free kick from under the wall..pic.twitter.com/TJy4HHS3yw

The Messi goal vs Alaves was the 6,000th in the history of LaLiga for Barcelona. Any guesses who scored the 5,000th nine years ago? Yep, Lionel Messi.

Will Messi still be around for the 7,000th? At 31, probably not, but when you’re dealing with one of the greatest to ever play the game, you never know.

In a good omen for Barcelona fans, every year in which Messi has scored the club’s first LaLiga goal, Barça has gone on to win the Champions League.

With Barcelona finally on the board, Philippe Coutinho made it 2-0 in the 83rd minute with a trademark goal cutting in from the left and giving the keeper no chance.

Coutinho what a goal!! pic.twitter.com/n0e4J4M4y5

But Messi wasn't done. He made it 3-0 in the 92nd minute with a wonderful piece of control and composure in the box.

What a pass from Suarez! Cleaned up his mess pic.twitter.com/BZTmf42MWa

Next up for Barcelona is a trip to face Valladolid next Saturday.